The new Hayden Kho Jr: I’m not yet where I want to be, but I’m no longer who I used to be | Inquirer Lifestyle ❮ ❯ 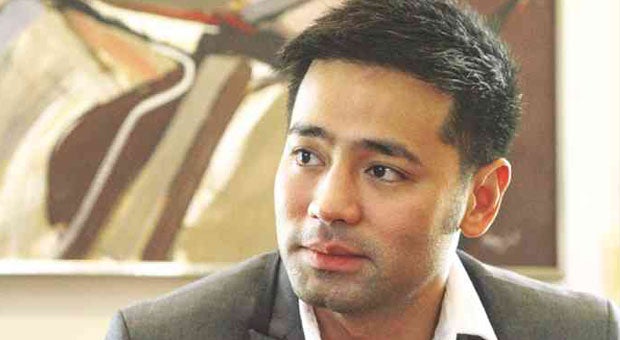 Perhaps, no one knows meaninglessness and the pursuit of pleasure better than former doctor and part-time actor Hayden Kho Jr.. As he himself admits, his once wayward life led him twice on the path of drugs and attempted suicide.

But thanks to Atlanta-based Christian evangelist Ravi Zacharias, Kho claims to have started the search for real meaning in his life a year ago, as one of Zacharias’ disciples.

Tuesday night, Zacharias and Baldwin gave a talk on the problems of pursuing pleasure before an exclusively invited crowd at Marco Polo Hotel in Ortigas, Pasig.

The past year, Kho has flown to Singapore, Indonesia and India to hear Zacharias speak. He met Baldwin, a member of Zacharias’ inner circle, in India, and they became good friends.

“I came from entertainment, and it could really be a dark world,” said Kho. “What I want to do is light some lamps. Since Stephen is famous and also an actor, maybe they would listen.”

After being embroiled in a series of sex videos, the tall and good-looking cosmetic surgeon lost his medical license for good in 2012.

The Professional Regulation Commission deemed Kho “immoral” and unfit to practice medicine. Earlier that year, Belo broke off their engagement after she allegedly found out that Kho was secretly dating actress Nancy Castiglione.

“When the (sex) scandal happened, it was like being caught in a flood,” said Kho. “Every problem that came my way before was like a downpour. Since I’ve been underwater for so long, what was another downpour? But when they took away my license, para akong nasunugan. It was a totally different experience.”

In the scandal’s aftermath, Kho said, “I lost my name and my so-called friends.” No one came to his defense though he now admits he deserved all the brickbats.

“But if there was one thing I learned later,” he said, “God took away from me the fame, wealth, influence and my ego to help me realize that I don’t need any of those things to be fulfilled or to have real meaning in my life.”

His turnaround started during a private talk Zacharias gave three days after Kho’s 33rd birthday last year. A product of Christian schools, Koh, a former atheist, soon “met Christ and decided to commit my life to Him.”

“I’m not yet where I want to be, but I’m no longer who I used to be,” said Kho. “I was tired of pursuing the same path only to end up where I was, which was suicide. God plucked me out from going on that path again.”

Kho’s good friend Dioceldo Sy, owner of Ever Bilena cosmetics, had an extra ticket to Zacharias’ talk at Edsa Shangri-La that night. He invited Kho.

Having read Zacharias’ book “Has Christianity Failed You?” as part of his research before choosing to become an atheist years ago, Kho also knew the author’s background as an engaging writer and leading Christian apologist.

Soon after Zacharias’ talk about the truth behind the Gospels, guess who was the first person to raise his hand to ask questions?

“I asked a question that soon turned into a confession,” Kho said.

As Zacharias recalled, Kho said that he was “living with pain, shame and guilt.”

“Tears were running down his face,” said Zacharias. “He began by asking me what meaning can he find in life. That was where the dialogue between us began.”

Zacharias, founder and board chair of Ravi Zacharias International Ministries, had no idea who Kho was and what he had been through, but immediately noticed how transparent he was.

“To me, he looked like a man made for the movies, and there he was talking about life’s meaninglessness,” said Zacharias.

During the initial phase of his transformation, Koh found himself leaving everything behind, including movie projects and his day job as marketing head of Belo’s ZO skincare line.

“I was in the middle of doing a movie when I decided to quit and start following Ravi everywhere he went,” said Kho. “My director was so mad at me.”

Kho attended almost all of Zacharias’ events and would cry through many of them. He had so many questions that he found himself discussing them with Zacharias even after the open forum.

Zacharias said, “He longed for hope, and I told him God is the only one big enough to change a person’s heart and begin anew.”

Kho knows that his decision to commit himself to Christ is a lifelong endeavor, and “the walk” is far from easy. As part of his commitment, he regularly attends Sunday service at Christian Commission Fellowship in Pasig.

“Up to now, temptations still abound, but I’ve discovered the discipline and power of prayer,” he said. “How could I pray before when there was no one I could pray to. There was no one I believed in who could help me. Now, I’ve come to know that prayer is the most important thing. I can’t start my day without praying.”

Again, Kho quoted from Zacharias who once told his audience that life itself is tough and riddled with battles. Of these many battles, the most difficult “battle you would ever face is your daily appointment with the Lord.”

Although he feels God’s presence every day, Kho insisted that he hasn’t gone “cuckoo.”

“I’m reluctant to share my thoughts about these things because this isn’t about me,” he said. “I’m just being careful about the language because not all people are used to hearing Christianese. Like Dr. Ravi, I’m also not fond of using the word Christian at every turn.”

Kho also used to rebel at the idea of living within rules and boundaries. But when one leads a Christian life, he soon realized that living within a set of rules is inevitable.

“A writer once said that before you take out a fence, it would be wise to ask why it was put there in the first place,” he said. “I’m now beginning to understand that those limits were set for my own protection. Like what Dr. Ravi said, as Christians we can’t live life without limits. And it’s not us who should set those limits.”

He’s emphatic about his relationship with Belo.

They’re still very good friends, but he doesn’t see a future for them beyond friendship. “I think we both know that being a couple is not for us,” he said.

He plans to be active in Zacharias’ ministry.