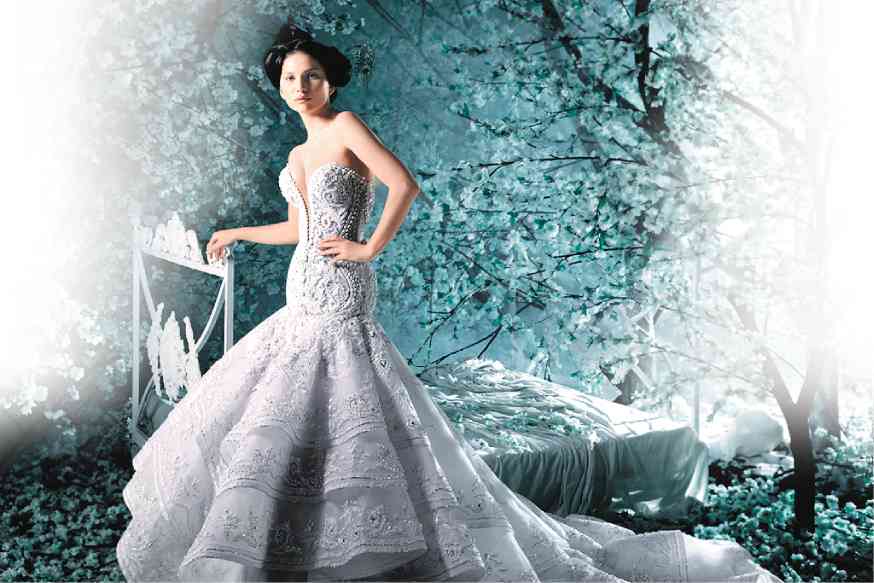 A year after his colleague Furne One drew raves for his Alexander McQueen-esque collection, it will be the turn of another Filipino designer based in the Middle East, Michael Cinco,  to shine as he presents a 40-piece collection in the annual Philippine National Red Cross (PNRC) Fashion

Inspired mainly by his recent travel to Greece, particularly Athens and the remote island of Santorini,  the collection is a play on soft and hard, rigid and fluid elements.

“It can be anything, from the statues to the columns, as well as colors and barely seen details of elements I chanced upon during my travels,” said Cinco, who’s been based in Dubai since the late ’90s.  “The sources are endless, to be honest.”

Cinco, who was  attending to a client in neighboring Abu Dhabi, replied to our questions through e-mail. (He will  fly home with his collection shortly before the event.)

“In my heart of hearts, I feel that I descended from some Greek god or goddess, which probably explains my fascination with Greece. It has been an endless source of inspiration for me,” he said.

Instead of grouping his pieces into suites, Cinco uses color as transition—from neutrals  such as light gray to  white and black, to bolder, more vibrant yellow, orange and red.

“It’s not about whether they’re short or long dresses,” he added. “I don’t want to make the usual and predictable day [dresses] and evening gowns.”

The show is  all about giving Manila fashionistas an idea of how to wear, Cinco said,  “my vision.” He also wants to give them the freedom to mix and match his pieces with clothes by other designers, depending on their mood.

The plan is to devote  the first segment to daywear with short, flowing chiffon dresses, and men’s suits and jackets.

Beaded evening gowns will dominate the second segment; the final segment will be wedding gowns.

“I want people to see a more wearable collection,” he said. “For sure, there will be embellishments. I’m toying with the idea of using porcelain and black mirror.” 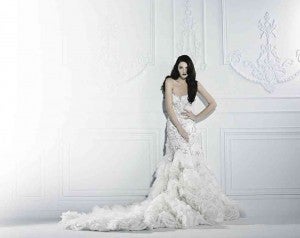 But the pressure, he admitted, is on. Cinco, who had the chance to show his range as a designer a few years ago in Philippine Fashion Week, acknowledges that this will be his biggest show in Manila.

“I’m excited and nervous at the same time, as I’m showing to a different audience,” he said. “I’m flattered as well because Tessa (Prieto-Valdes) and Kaye (Tinga) gave me the chance to showcase my collection to raise funds for a worthy endeavor.”

This is the fourth year Valdes and Tinga are co-chairing the event to raise P3 million for the benefit of PNRC Rizal Chapter and Assumption High School Class of ’81 Foundation.

Tickets are  at P10,000 per seat. Tables are also available at P100,000 each for groups of 10. The show’s main presentor is Megaworld, with Audi, Etihad Airways and Smart Infinity.

“I have been working on my collection for months now,” Cinco shared. “But welcome breaks such as my travels have helped me to evolve the concept. When I finally did my mood board, I coordinated with the director to discuss the concept in detail.”

This year’s show will be directed by Ariel Lozada and styled by Noel Manapat. Patrick Rosas and his team will do the models’ hair and makeup.

Comparisons between him and One are also in order. Cinco is ready for centerstage.

“I must say that Furne did an amazing collection last year,” he said. “Furne and I respect each other. I’m so happy for him that Filipino audiences accepted his work. I hope they do the same to me. After all, I’m also a Filipino who simply wants to take part in this worthy project.”

Cinco  grew up in Samar with images of Hollywood goddesses Marlene Dietrich, Joan Crawford, Grace Kelly and Audrey Hepburn swimming in his head.

Their public personas, magnified a thousand times by their fabulous outfits, and his lush rural surroundings inspired him to go into  fashion.

By 1988, Cinco was a fine-arts scholar. He took up fashion courses at Slim’s in 1991 before becoming a designer a year later doing hotel and office uniforms for a Japanese firm.

Encouraged by a friend to try his luck in Dubai, then a booming financial and cultural hub in the Middle East, Cinco made the big move in 1997. His first job proved to be daunting,  as he was tasked to change the image of a big but slightly staid fashion house.

Word soon spread of how good he was, and before long, Dubai’s fashionable women were beating the path to his door.

Rather than sit on his laurels, Cinco left Dubai for a yearlong sabbatical in London and Paris to soak up the fashion scene and study special fashion courses at Central Saint Martins.

He went back to Dubai in 2003 to open his own couture house. As creative director of Michael Cinco Haute Couture, he caters mainly to women in need of elegant, one-of-a-kind wedding gowns and evening dresses.

Apart from being a regular at Dubai Fashion Week, Cinco has had the chance to show his pieces to international audiences during such events as Swarovski 7even and Miami Fashion Week.

His clothes have also been worn by celebrities, including British pop singer Lilly Allen and American socialite and recent Manila visitor Paris Hilton.

“I’ve been designing for more than 20 years now,” he said. “I can’t imagine doing anything else other than fashion.”