In Baguio, ‘sisig’ so good my wife and I had two platters | Inquirer Lifestyle ❮ ❯ 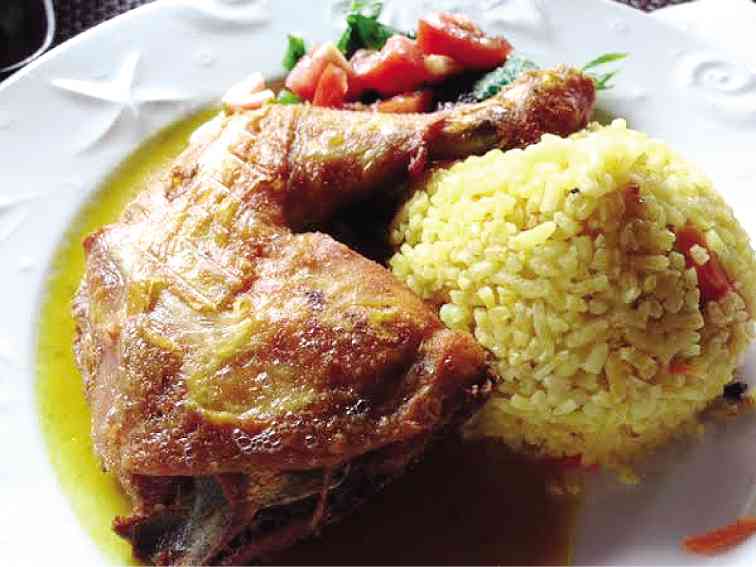 In Baguio, ‘sisig’ so good my wife and I had two platters

Every trip to Baguio is a journey into the past. All of us remember a summer capital that was different from the way it looks now, depending on our age.

There was a time when it was a bucolic five-hour drive, winding through Luzon’s central plains, past the towns that grew rich on salt flats, and up the mountains where there was pine and the smell of smoke and dogs with uncertain fates running in the streets.

It’s a mystery why people still bother going to Baguio now, where traffic jams are at least as bad as Makati City on a Friday night, and the air quality in the city is toxic. There are more enticing places to escape to: Tagaytay is nearer; Boracay is more salacious; and any of the new beaches are more salubrious.

But none of them manages to be a city in its own right, with its own culture and language and unbending way of life. The Igorots have managed to make Baguio their own city despite television, the lowland invasion, and a shopping mall on Upper Session Road.

Bits of the old Baguio

And even if there are concrete walkways with faux log patterns crowding the public market area, and 3 million people packed into a diesel-fumed, sooty, denuded town designed for only 150,000 inhabitants, little bits of the old Baguio are still there.

In the evenings when the fog creeps in over the mountains, the cold settles in, and the din of jeepneys throttling and burning their clutches dies down, there’s still a hint of what a lovely city this used to be.

I have vague memories of the lobby of the Baguio Terraces Hotel, as well as of Camp John Hay when we felt honored that the guards deigned to let us in and have a snack at the 19th Tee. Dinner at the Main Club was probably my first fine-dining experience, along with the traditional Mario’s trilogy of Caesar salad, steak and crêpes suzette.

I was initiated into the writing world at UP Baguio where the Creative Writing Workshop was held, and for a time Baguio was my happy place. I would stay at Casa Vallejo, reveling in its shabby bare-lightbulb glory.

So, I was particularly pleased to return to Casa Vallejo and see it not torn down in the name of glorious progress and replaced by a concrete block. There are still a few of those haunted-looking hallways that lead to pitch-black rooms, but the place was lively and crowded on a weeknight, full of artsy types, a comfortable middle ground for the middle-aged like myself, who aren’t cool enough for Café by the Ruins anymore but want to escape the shuffling family wholesomeness of Baguio Country Club.

The main sitting-room area had been transformed into Hill Station, which has been described as “the best restaurant in Baguio.” I think that honor still goes to the Slaughterhouse restaurant (the one on the right with the transgender waitress), just off Bokawkan Road. The papaitan there can freeze your arteries in seconds.

But, for a more sedate meal, Hill Station is like a bit of old Baguio peeking through: just rustic enough, but cosmopolitan and exotic, with good ingredients and a well-trained chef at the

I was enjoying myself and my meal so much that I had to stop for a moment. Was the food really this good? Or have I been massaged into a receptive bonhomie by the cool air and the mini-vacation? Would the same dishes be just as good in Manila? Would I give it the full marks I was prepared to dispense?

Part of the experience

The answer, quite honestly, is no. If transplanted to Bonifacio Global City, this would be an above-average restaurant, but not something to rave about. But then, it isn’t in Manila.

With no disrespect to the chef and the owners, I don’t think food should be compared out of context, as an A/B comparison test in laboratory conditions. Nor do I think that the clause that this is a great Baguio restaurant should be taken as derogatory. Being in Baguio is part of this restaurant, the mountain air and the breathtaking view as much a part of the experience as the food.

If Hill Station were to serve us tiny morsels or molecular food with exotic ingredients flown in from everywhere, it would be utterly inappropriate. The food I had was the kind I like to eat when I’m in Baguio; and to judge from the local regulars sitting around, it’s the type of dishes that other people from these parts like as well.

The sisig was so good that my wife and I had two platters, which in hindsight was a bit too much, in addition to the goat kaldereta and the cocido.

We had just enough space for a chocolate dessert and to sit around, talking into the night with coffee and alcohol, another old Baguio tradition which we hope to continue until the urban blight wipes it all out and the last glimmers of the old city are lost forever.