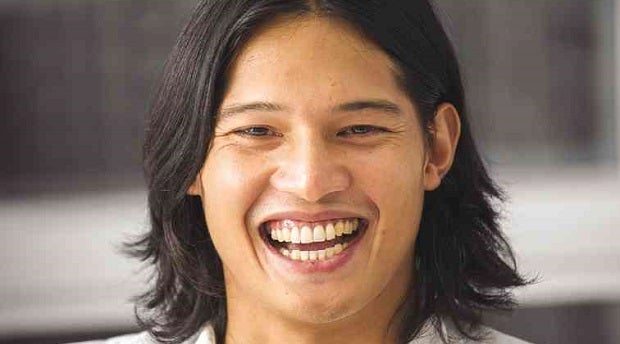 NOW in his 30s, Borgy Manotoc has been modeling for half his life. JILSON SECKLER TIU

With his height, and lean but toned frame, Borgy Manotoc looks every inch the male model. Since his first runway show for Rhett Eala when he was only 15—half-sister Mavis M. Fuentebella is the designer’s good friend—Borgy has appeared on other runways but mostly for the popular apparel brand Bench.

“I was here for a vacation, and Rhett asked if I wanted to be part of the show. I had taken on other summer jobs like work at a theme park, and this was for just one night, so I thought, ‘Why not?’”

It turned out to be one of the scariest things he had ever done in his life, because even if it was  held only at Rustan’s Makati and there were only around 50 guests, it was his first modeling job in the mid-’90s.

Borgy is the eldest grandchild of the late President Ferdinand E. Marcos. Guests wanted to see how he had turned out. He was only 3 when his entire family fled the country in 1986.

The rubbernecking that ensues every time he appears in public, however, continues to this day.

Not long after his first modeling stint, Borgy was asked through his father Tommy Manotoc if he was interested to be part of the Bench family.

This was in the late 1990s, and Bench was about to kick off what would become its bi-annual denim and underwear fashion show. “I had just turned 16, and upon my mother’s request, did not strip down to my underwear; I wore denims for that show,” he said.

As the years passed, however, he would appear in the brand’s underwear campaigns wearing the skimpiest of briefs. Succeeding shows proved Borgy could walk down an elevated runway nearly naked in front of thousands as nonchalantly as the more experienced models.

Fast-forward to 2014. After 15 years, Borgy has managed to maintain his physique but the cropped, “bad boy” look he used to sport has morphed to hair that falls almost to his shoulders, and that he sometimes ties back.

Last week, he launched his own cologne for Bench called Liberate. A video showing him jumping off rocks and running up sand dunes was shot almost two months ago in Ilocos Norte, the hometown of the  Marcoses.

“That was an adventurous, action-packed shoot. We went to Kapurpurawan (white rock formation) and the blue lagoon in Pagudpud, and the sand dunes in Paoay.”

In the past, Borgy was content being told what to do or how to pose; now, he takes a more active part in the creation of the finished product.

“Steve Tirona directed while I art directed. We came up with a storyline that we pitched to Bench stylist Noel Manapat and head honcho Ben Chan. Fortunately, they liked what we suggested so we began planning the shoot,” Borgy said.

“Steve and I have been going to Ilocos for a long time. We’re old friends. It’s such a different landscape. There are sand dunes, waterfalls, big rocks, forests—stuff that can’t be found in one place. Ilocos Norte has a little bit of everything,” he added.

Not only did Borgy have a say in the launch video, he also gave his two cents’ worth in the packaging and the “juice” itself, although he candidly admitted he was no “scent connoisseur.”

“The process was fun. I brought in a couple of things (scents) I liked, and they showed me what was available. They talked to me about the marketability of things, as well—what they knew would and wouldn’t sell.”

The resulting fragrance is one that combines the musky and peppery smells of the city with the freshness of the Great Outdoors. Borgy described it as “fruity tones with cedar wood base,” adding that he learned these terms only during production.

“Two months ago, I wouldn’t have understood a word I was saying,” he said with a laugh.

This openness to try new things, even those that might make him feel uncomfortable, is something that this young man in his early 30s seems determined to cultivate. This is also probably why he’s lasted so long in an industry that values youth and novelty.

“Aside from modeling, I also did TV and radio. My day job now is the distribution of Doc Martens footwear. We also do the retail but we don’t have franchises yet. I guess for people to care about you, you have to evolve.

“Maybe longevity is about having room to grow, always wanting to do different things, and not just stagnate,” Borgy said.

“I function on e-mail and phone. I’ll admit I was intrigued with Facebook because I saw people connecting to old friends and former schoolmates, but then I started using a smartphone and now I can e-mail and talk to friends all over the world.”

At this point, Borgy talks about his girlfriend, model Georgina Wilson, who is his “polar opposite” when it comes to online media. On Instagram alone, she has 710,000 followers.

“I watch George going through her Instagram feed like this all day (mimics scrolling on a touch phone). If you count all the hours you spend on social media, it’s really a 9 to 5 job. She’s attached, she feels responsible to her followers.

“I worry, but I’ve come to accept that about Georgina. There are battles left for ones that can fight them,” he said.

Listening to Borgy talk, one gets the feeling that, his skin-baring shoots and high-profile girlfriend notwithstanding, he is an old soul, or at least a person who longs for a simpler time.

“Social media has taken away a lot of things when it comes to how we interact with people. It says a lot about our culture as a people. We’re so involved,” he said.

As the eldest grandchild, he has only vague memories of his grandfather.

“When I was younger, I would get flashes that I thought were memories, but were really just photos I had seen a lot of while growing up.” 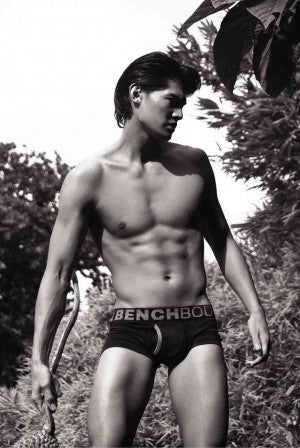 Despite this, he talks a lot to his grandmother Imelda and his mother Imee, the current governor of Ilocos Norte, who have no shortage of stories to tell.

“My grandfather was such an amazing person to know ‘second hand.’ He seems to have had such a huge impact, especially on his kids. When my mother talks about her father, her eyes, voice and tone change. She’s generally stoic but then she gets emotional and I think that’s adorable.

“We called him ‘Lolo Gun.’ To this day, my mother can’t drive, but she can take apart a .45. Lolo was also so funny. I’ve seen videos of him on my mom’s Kabataang Barangay (youth organization) tours, telling the participants stories and seeing them laugh,” Borgy said.

He accepts the fact that he was born into a controversial family. “People either love you or hate you; there’s nothing in between.

“I don’t see this as a disadvantage. It’s gotten my foot in the door, sure, but it has also gotten a few doors shut in my face. I’m still very fortunate.”