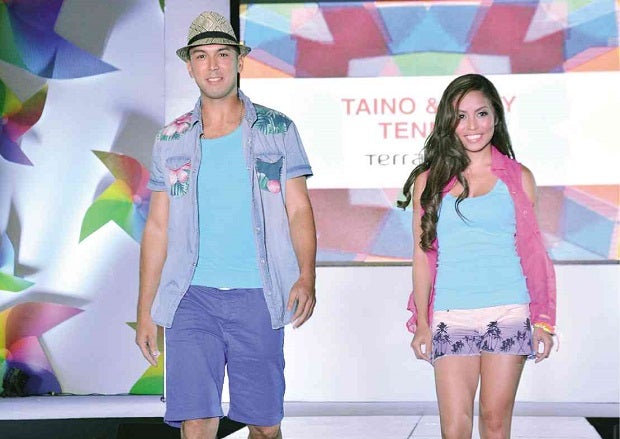 Cebu cannot get enough of fashion shows, especially when the city’s Who’s Who is walking the runway. Last May 8 was no exception, when The Northwing at SM City Cebu gathered young and exuberant personalities to share the spotlight with runway models from the Models’ Association of Cebu (MAC) for a fashion show dubbed “Prism: 7 Shades of Summer.”

As its title suggests, Prism showed the seven colors of the rainbow with fiery reds and oranges, tropical yellows and greens, blues in shades as varied as the summer sky, and tribal purple hues, all taking center stage.

Showing off their individual styles in color were stylish siblings Kim and Karl Arcenas, Kathrynne and Kirk Cuizon, and Patrice and Thiza Uytengsu. Doting mother Sandra Pesch enthusiastically captured the first modeling stint of her sons, Tomas and Marcel, as did Sophie Hussenet for her kids, Ange and Marie.

Regina’s father and one of Cebu’s most respected chefs, Raki, had discreetly warned us that his daughter’s sweet demeanor didn’t mean that she couldn’t kick some ass—she is a krav maga practitioner, and basically, a walking weapon.

Chic couples also took to the stage, with the women strutting their stuff like pros and the men willingly following their lead. Antonette Ynoc and Carl Miko Santos, Taino and Judy Tenney, fashion designer Barbie Alvez-Calunod and her husband Charles, musician Randy Pages and his wife Angel, and newlyweds Carlo and Stephanie Villarica all showed off their personal style in color for the show’s finale.

Adorable kids in bright, playful colors stole the show, however, with their cute smiles and charming antics on the ramp.

Paco Jarque and Monique del Gallego-Jarque got their entire clan to cheer for their daughter, Tamara, who looked like she was having a grand time on her debut walk.

Michael and Joyce Fernan’s daughter Sabi did not only show off the Forever 21 sweatshirt-and-denim cut-off shorts her mom chose for her, but she also flaunted two armfuls of rainbow loom starburst bracelets she had made herself.

We found out that the enterprising 10-year-old sells them to friends and family, and she managed to sell one to us, too.

Fashionable couple Chris and Nia Aldeguer of local clothing brand Loalde could not be prouder of their son, Finn. “I want to be a billionaire and a boxer,” he once told his teacher, right after the Bruno Mars song became a hit. He can now add model to that list.

Honorary consul to the UK Tamsin Booth, who has walked a couple of runways herself, shared with her son, Jack, modeling tips of her own, and chose his off-the-rack Islands Souvenirs T-shirt.

Therese Gonzalez was all smiles with her son, Mark, when she saw granddaughter Ariana sashaying down the runway styled by her mom, Simone, in bright blue and denim with a fedora, while Janet Lee, together with her sister Claire Yap, was beaming at her daughter Elizabeth Zoe Lee, who obviously got her mom’s long and lithe limbs.

For Eddie and Anita Ugarte, it must be in the genes, too, since their daughters Ane and Aliza have done fashion stints in the past. This time, it was their youngest daughter, Amalia, who made her catwalk debut in a fun ensemble put together by her mom and sisters.

Among the kids, the only one who had walked the runway previously, and is a Gingersnaps endorser at age 6, is Jacob Hyatt, who was prepped extraordinarily well by his stage dad, Jason, owner of The Abaca Group. Decked out in a preppy Gingersnaps outfit and his trademark disarming smile, he walked like he was born to strut.

Cebu cannot get enough of fashion shows, and we completely understand why.