‘Fault in Our Stars’: Not another cancer movie | Inquirer Lifestyle ❮ ❯ SCENES from the movie “Fault in Our Stars”

‘Fault in Our Stars’: Not another cancer movie

Young Adult writer John Green’s “Fault in Our Stars” came out in 2012 to critical acclaim, and it was only a matter of time for it to be adapted into a movie.

Directed by Josh Boone, the movie revolves around Hazel and Gus—two extraordinary teenagers who share an acerbic wit, a disdain for the conventional and a love that sweeps them. The two meet and fall in love in a cancer support group.

She has tried many times to get in touch with the book’s reclusive author Peter Van Houten (Willem Dafoe), but to no avail.

Gus manages to reach Van Houten through the author’s assistant, and gains an invitation to meet the writer in Amsterdam. But Hazel soon realizes the answers she is seeking for do not come from the author, but perhaps lie in her journey with Gus.

“I wanted to write a story about young people who, like many of those I had met in the hospital, were funny, full of life and great fun to be around,” Green said. 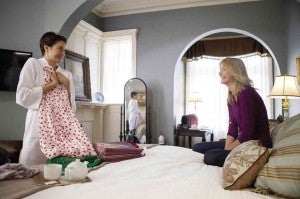 For a time, Green did not know what kind of love story he wanted for the novel as he did not want to be too sentimental.

“Finally after many years of looking for my characters, I found Hazel and Gus,” he said. “They have very different ideas about what constitutes a well-lived life, as well as contrasting world views, but they are brought together by their love for each other and for a book.”

It was a young woman named Esther Grace Earl who inspired Green which route to take to write the novel. Earl was diagnosed with metastasized papillary thyroid cancer in 2006, and in 2010 succumbed to the disease. Green dedicated his novel to her.

Although she is not the model for a specific character in the book, it is Earl’s friendship with Green and the joy she had in her life that were the “huge inspirations.”

“[The producer] didn’t want the film to be sentimental or about learning to be grateful for every day,” Green said. “[He] wanted the film to be raw, exciting and a celebration of life.  And that’s exactly what I was looking for.”

“I wanted the movie to be fun and something from which people would walk away feeling uplifted—that would capture the idea that a short life can be a good and rich one,” he added.

Screenwriter Michael Weber said he wanted to preserve as much of the book as possible while making sure the viewers would still gain special cinematic experience.

“As with most books, the biggest challenge in that process is externalizing the internal voice of the book,” Weber said. “John Green read our first draft and sent us the most wonderful e-mail of support. When we work with an author of his caliber, it means a lot to us that he approves our adaptation.”

“The Fault in Our Stars” opens June 5 in cinemas nationwide from 20th Century Fox to be distributed by Warner Bros.