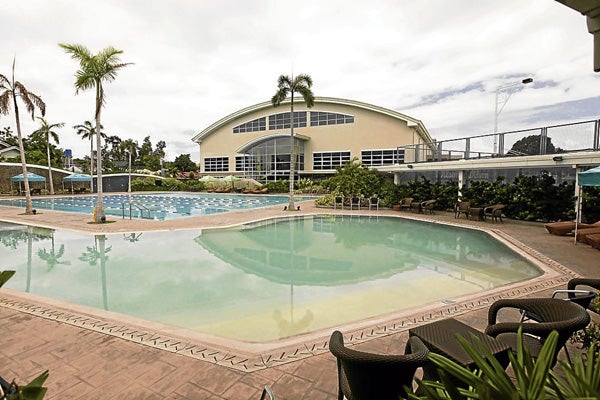 MANILA, Philippines—Not a well-known fact, but there are more than 12,000 households in BF Parañaque, making it arguably the largest “village” in Asia. With that many homes and families, it can mean “never meeting neighbors throughout entire lifetimes,” says Mike Garcia.

What started as a grassland development in the ’70s, BF Homes has grown into a collection of gated residential villages alongside commercial establishments. But it doesn’t have a central “town square” of sorts where residents could congregate.

“I grew up going around this whole place on my bike,” says Garcia, who grew up on Zobel Street in the Phase 2 area. His accountant father and businesswoman mother moved to the area in the early ’70s. He went off to college abroad to study business administration, came back, and saw a void for a sports and recreational venue. 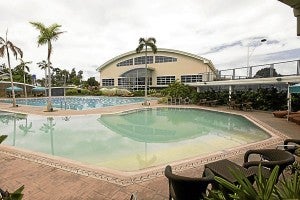 “We used to hang out at Tropical Palace with its Olympic-sized pools, but it burned down in the ’80s,” he says. Then, he thought, why not build a new one himself—a place where he can play the sports he likes, meet new people and hang out, all at the same time?

Who better to put up a place where a village can come together than a home-grown son? The Village Sports Club was born on a sprawling 1.8-ha spot, designed by architect Dino Padilla, boasting of world-class sports facilities.

Garcia leveraged his family’s holdings company, PNC Garnet Property Holdings, to build the club. “The company was founded by my father Patricio Garcia. Although the company is involved in various industries, the core is real estate, and it has a vision to ‘build top quality properties and developments.’”

He serves as the club’s president, and has recruited his two younger brothers Chris (a lawyer) and Pat (a doctor) to serve as corporate secretary and vice president, respectively. All three brothers love basketball and are regular fixtures at the club with their own families.

Garcia definitely had families in mind when he conceptualized the club. “Kids who set out early in sports will have it in their system the rest of their lives. We may even be a breeding ground for champions.” 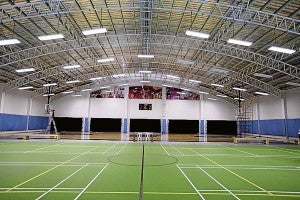 They’re not just peddling marketing-speak when they say “world-class.” Its indoor badminton courts are World Badminton Federation-certified, while the adjacent indoor basketball court sports Fédération Internationale de Basketball-approved maple flooring. “The courts can be used for volleyball and futsal, too,” he says.

The club’s Zenith Wellness Center has an array of Technogym fitness equipment, including the Kinesis One machines, an exercise station that offers zero-impact exercises for improved strength and flexibility.

A mirrored dance studio is used for yoga and pilates classes, as well as hip-hop exercise classes and groups who actually rehearse dances.

Meanwhile, members and guests who prefer a bit of fresh air have access to a jogging path that winds its way around the club, as well as two outdoor green clay tennis courts, just like the ones used for the US Men’s Clay Court Championship. “Kinder on the knees,” says Garcia, laughing. 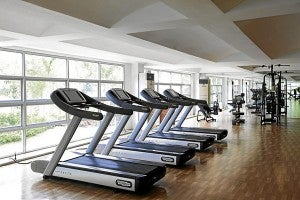 The relaxed set can ignore the eight lane 25-meter lap pool and go for the lagoon pool instead. There’s also a kiddie pool filled with colorful plastic towers. The Pump restaurant overlooks both pools for al fresco meals while monitoring the children. Beneath it is Nicky’s Bar, for visits without the kids.

The tiled lockers and spacious shower stalls (separate for men and women, of course) have direct access to the club’s sauna and steam rooms. Directly beside it is a spa staffed with dermatologists. The spa offers the requisite massages and anti-aging and slimming procedures. 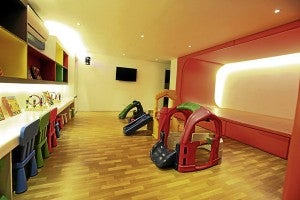 The club also has a dining area run by Kulinarya Kitchen beside the gym for post-work-out munchies or for parents who want to talk over merienda while the little ones play in the day-care center just beside it.

The entire club is WiFi-enabled for members or guests who can’t bear to part with their connection to the Internet. 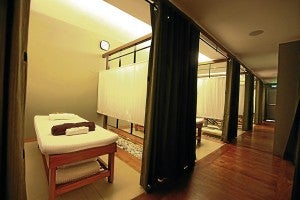 “Fitness is now in renaissance, with thousands of Filipinos joining running events that happen almost weekly,” Garcia says. “Today’s holistic approach aims for soundness of the body, mind and spirit.”

Thus the deliberate mix of indoor and outdoor functional spaces, allowing members to use the club either as a place to build their bodies or recharge their souls.

Plans are already underway to begin an expansion of the club. “There’s a lot of ideas that we want to implement,” he says. “We’ll have a game room, bowling alleys, a salon and barber shop, pocket gardens and a gift shop. There will be function rooms designed to cater to both social and corporate events.”

“We really want the members to get to know each other and for more people to enjoy the facilities,” he says.