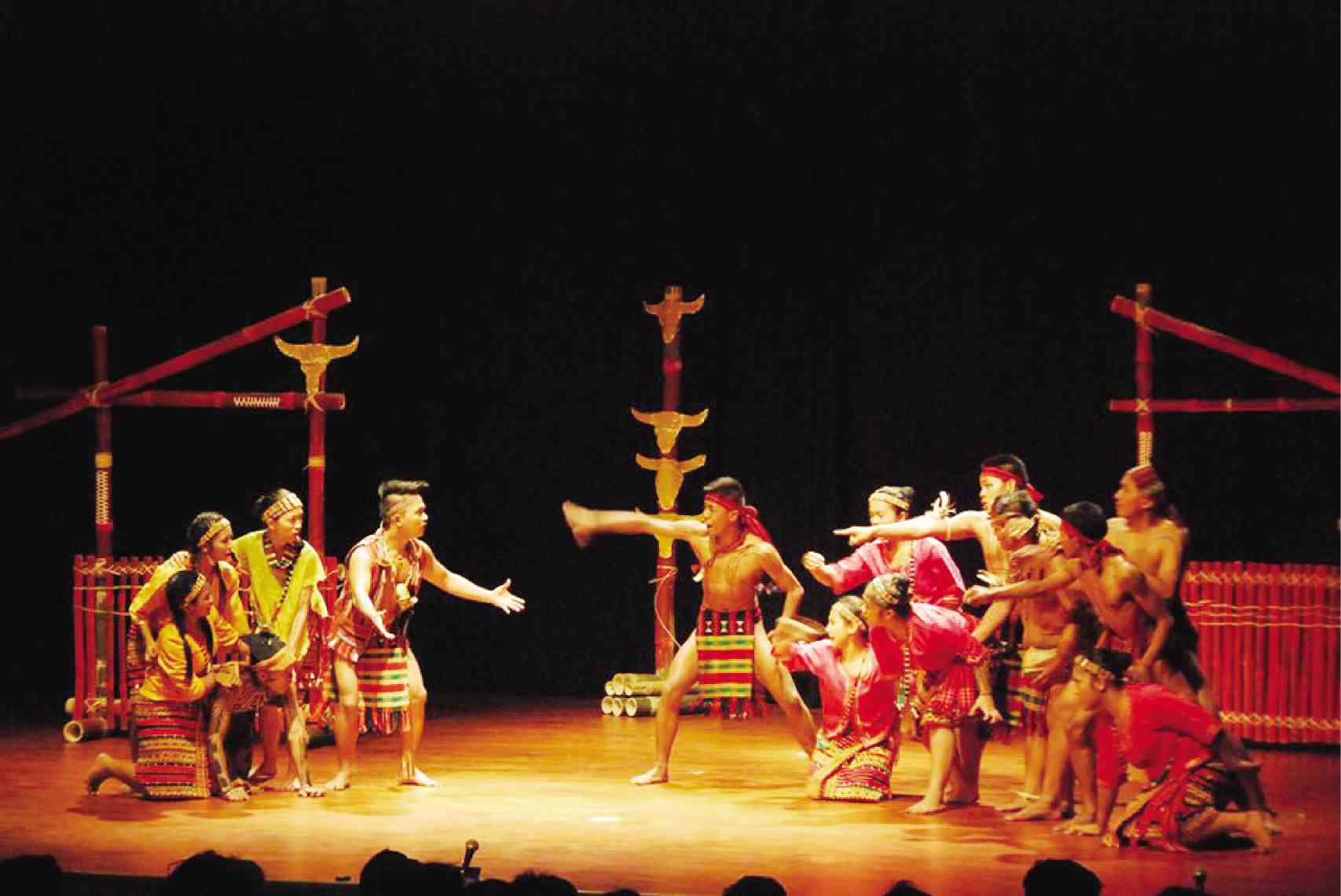 Strike bamboo slats to build suspense. Turn lights on and off for a thunderstorm. Burn a roll of paper to resemble the jungle mist.

Such are the practices that define community theater for the group Aanak di Kabiligan (Children of the Mountains).

But when Aanak’s all-Cordilleran cast of 17 performers descended on Makati recently, the spotlights they could play with outnumbered them. At TIU Theater last May 31, they didn’t have to make do in front of a 200-strong audience.

“Many of them have never experienced that kind of highly technical theater before,” director Rey Angelo Aurelio said. For the cast, who are mostly youngsters from Ifugao, Mt. Province, Kalinga and Benguet, the experience of modern stagecraft was almost a shock.

“They are the best performers in their communities; the cream of the crop,” said Aurelio, but in their localities, the kids often performed illuminated only by a skeletal two to three floodlights. Aurelio also produced the visual effects and sounds needed by the production.

The nongovernment organization Cordillera Green Network, which founded Aanak in 2008, regularly conducts community theater workshops across the Cordilleras, reaching the most far-flung communities to promote theater as a community endeavor using local folklore. In many areas, young actors lead the local theater groups.

Aanak’s visit to Makati was made possible through the invitation of TIU Theater and the Japan Foundation. The group performed a stage adaptation of a folk tale from Balbalan town in Kalinga called “Fugtong: The Black Dog,” which revolves around a family of four who gets banned from their community after choosing to keep their black dog, Fugtong. In olden times, black dogs were unacceptable because they were thought to bring bad luck.

The household then settled near the dwelling place of a tangob (ogre). One night, the parents had to stay in the fields, leaving the kids at home. When the ogre wandered near the home, threatening to harm the kids, Fugtong, played by a Balbalan native, defended the kids and killed the monster. For that act of heroism, the family and its black dog were accepted back into the community.

The director also placed another folk tale within the story. “The Child Who Became a Monkey” is a story common across the region, but it was showcased in its Kiangan, Ifugao, version by an Ifugao.

Staging this hybrid tale was not simple, though, because the actors spoke in their local languages. In the 30-minute improvisation the group came up with, there was no script, only a plot, with the youngsters speaking in I-Kalinga, Kankanaey, Ifugao, Ilocano and Ibaloi. To help the audience grasp the story, narration was added at the beginning of the play. But the actors kept to their native tongues, adding to the authenticity of their performances.

“The experience was empowering,” said Wryneth Mayapit of Sagada, Mt. Province, who played the mother in the banished household.

“You can’t be sure that everyone understood, but if two or three did, and took the lessons of the play by heart, that’s a good thing.”

“Fugtong” was, in fact, a collaboration between indigenous Filipino theater and Japanese drama. It was presented in twinbill with “Journey to the West,” an excerpt of a classic Buddhist tale that was presented by Asia of Saiyuki. The group is composed of dancers from choreographer Kei Takei’s Moving Earth and actors from Black Tent Theater.

Hiroyuki Muneshige of Black Tent wrote and directed the stage adaptation of “Saiyuki,” which was presented in Japanese. Another Japanese, Setsu Hanasaki, codirected “Fugtong” with Aurelio.

“[The members of Aanak] were wonderful,” said Laz Brezer, who played the main character in “Journey.” “[Their play] comes from an area that has always intrigued me—the transition point between traditional rituals … and the art world.”

John Cartwright, an Australian business executive who caught the show, raved on Facebook that it was “sensational and a truly outstanding performance by all the actors, dancers and musicians. As an Australian, I can say this was a world-class performance and should be taken overseas to show as many people as possible around the world the beauty and harmony of the Cordillera community and their outstanding young theatre group. The production was presented in the Cordillera dialect and, rather than take away from the show, it actually enhanced the beauty and presentation of this heartlifting story. A truly memorable performance from an outstanding young community group!” 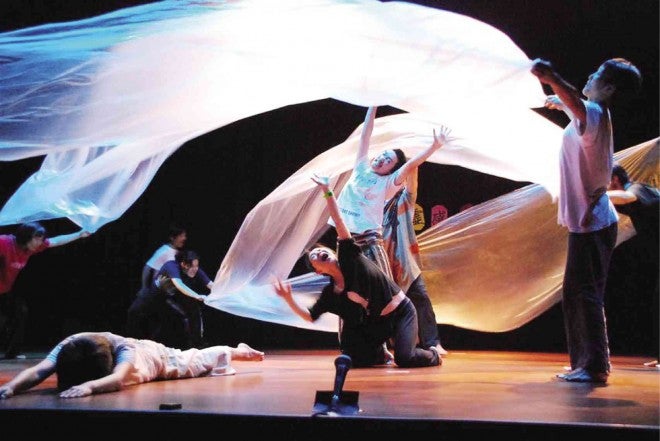 TIU Theater, which used to be Louie’s THX Cinema at the Mile Long Compound on Amorsolo Street in Makati, was established by Toshihiko Uriu, a Japanese businessman and cinematographer who has settled in the Philippines, as a training ground for the performing arts for kids from impoverished communities.

Mayapit was elated that they were able to perform at the venue, and that among the audience members were officials of the Philippine Educational Theater Association, one of the country’s stalwart theater companies.

“We wrapped TIU with Cordillera spirit,” she said. The “Fugtong” cast ended their performance with the tadek, a social dance of the Cordillera region, that saw cast members breaking the fourth wall and dancing in the aisles.

It’s a milestone for his hardy group, said Aurelio. “The experience opened windows for the appreciation of new works from regional theater practitioners.”