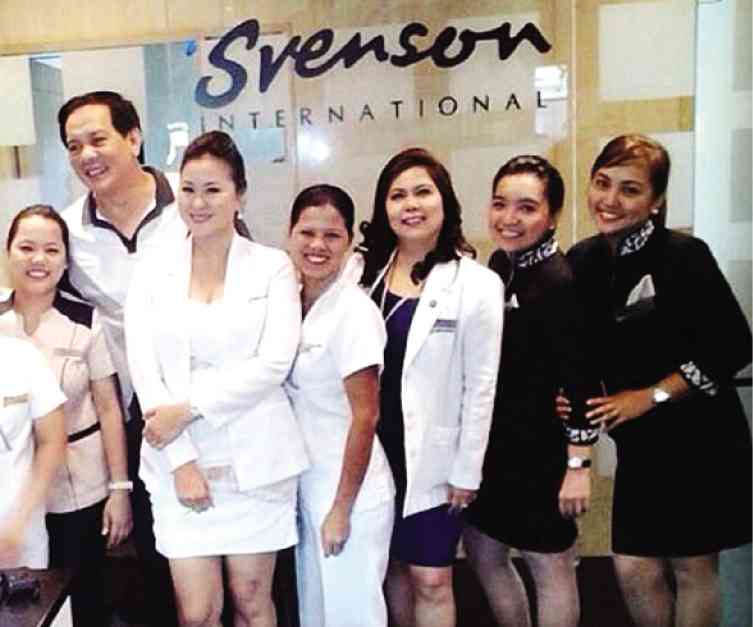 Are your LPG tanks safe from leaks, dahlings?

The sun shone like crazy all day and then the rain poured in buckets at night. But we still had fun at a recent gathering hosted by Solane LPG.

The brand, a product of Isla Petroleum & Gas Corp., partnered with the Bureau of Fire Protection (BFP) to launch a security feature that makes sure our homes are safe from gas leaks and potential fires.

The agreement between Solane and BFP includes training the country’s firefighters on dealing with LPG-related incidents.

Solane’s metal manager Joel Alpuerto presented the safety seal and cap to the guests and showed them the easy-to-do steps in removing and installing the device.

And then Solane brand communications manager Ernest Loquinario proceeded to illustrate the convenience of using the safety feature through a game.

An “authenticity checker” app is found on facebook.com/Solane.PH, where customers can enter the serial number found on their LPG tank’s safety cap and seal to verify if the tank came from a licensed Solane dealer.

It is noteworthy that Solane is fulfilling its commitment not only in providing high-quality cooking gas for consumers, but also in creating safer, protected homes for the Filipino famille, dahlings.

My favorite hair-saver for men and women, Svenson, has truly come a long way as it celebrated 33 years of proven expertise.

All Svenson shops in the metro were packed with high-profile clients and celebrity endorsers who enjoyed special hair treatments with an all-day buffet of yummy dishes.

Rolando Laudico and Allan Caidic partied at the Tomas Morato branch; Joey Marquez spent time at the Alabang shop; Chico Garcia, Gino Quillamor and Chris Schneider were seen sharing laughs and treatment time with Champ Lui Pio at Svenson Makati, where I arrived quite late but with enough time to join the fun.

For this year, palangga, Svenson’s campaign focuses on: prevention for those in their 20s; correction in their 30s; maintenance in their 40s; and restoration in their 50s and above.

This is to encourage men and women to be more aware that hair loss can happen no matter what your age.

Svenson is offering free consultations with qualified trichologists who will analyze the state of your hair and advice what you can do to save it and keep it healthy and full.

You’ve seen the proof, dahlings, in various ads featuring Tessa Prieto-Valdes, Eva Abesamis and yours truly, among other endorsers who all had their hair saved through Svenson’s

different treatments for each individual.

For free hair and scalp analysis, contact Svenson at 8924247.

Rustan’s Supermarket welcomed 2014 with the opening of its 20th branch at the new Century City Mall in Makati City.

At the store opening rites, Donnie Tantoco said: “Not only is this an unveiling of a new branch; this is also a celebration of the supermarket’s continuous commitment to serve the discerning Filipino shopper through continuous growth and expansion.”

The original chaotic allure and energetic charisma of the Broadway and West End hit “Stomp” returns to Manila for a limited run on June 17-22 at the Cultural Center of the Philippines’ (CCP) Tanghalang Nicanor Abelardo.

Believe me, dahlings, it’s a riotous romp of a theatrical experience. It’s been running in the US for 20 years now, and currently playing in the United Kingdom, Austria and Germany.

Its CCP run is presented by Lunchbox Theatrical Productions and Concertus Manila. Tickets are available at TicketWorld, tel. 8919999. Visit www.ticketworld.com.ph.

The International Bazaar Foundation Inc. (IBF) and Spouses of Heads of Mission are teaming up for a benefit show, dubbed “World of Music,” on June 17 at the ballroom of New World Hotel in Makati City.

“This joint project aims to raise funds for the benefit of the Divine Word Hospital in Tacloban City, which was ravaged by Supertyphoon ‘Yolanda,’” said the event’s overall chair Gretchen del Rosario.

Program starts at 5:30 p.m. with cocktails. Highlighting the show are musical numbers by some of the country’s top performers, palangga.

For more details, contact the IBF secretariat at 8331320 or buy your tickets at Tesoro’s on Arnaiz Ave. (Pasay Road), Makati City. E-mail Daisy at [email protected]