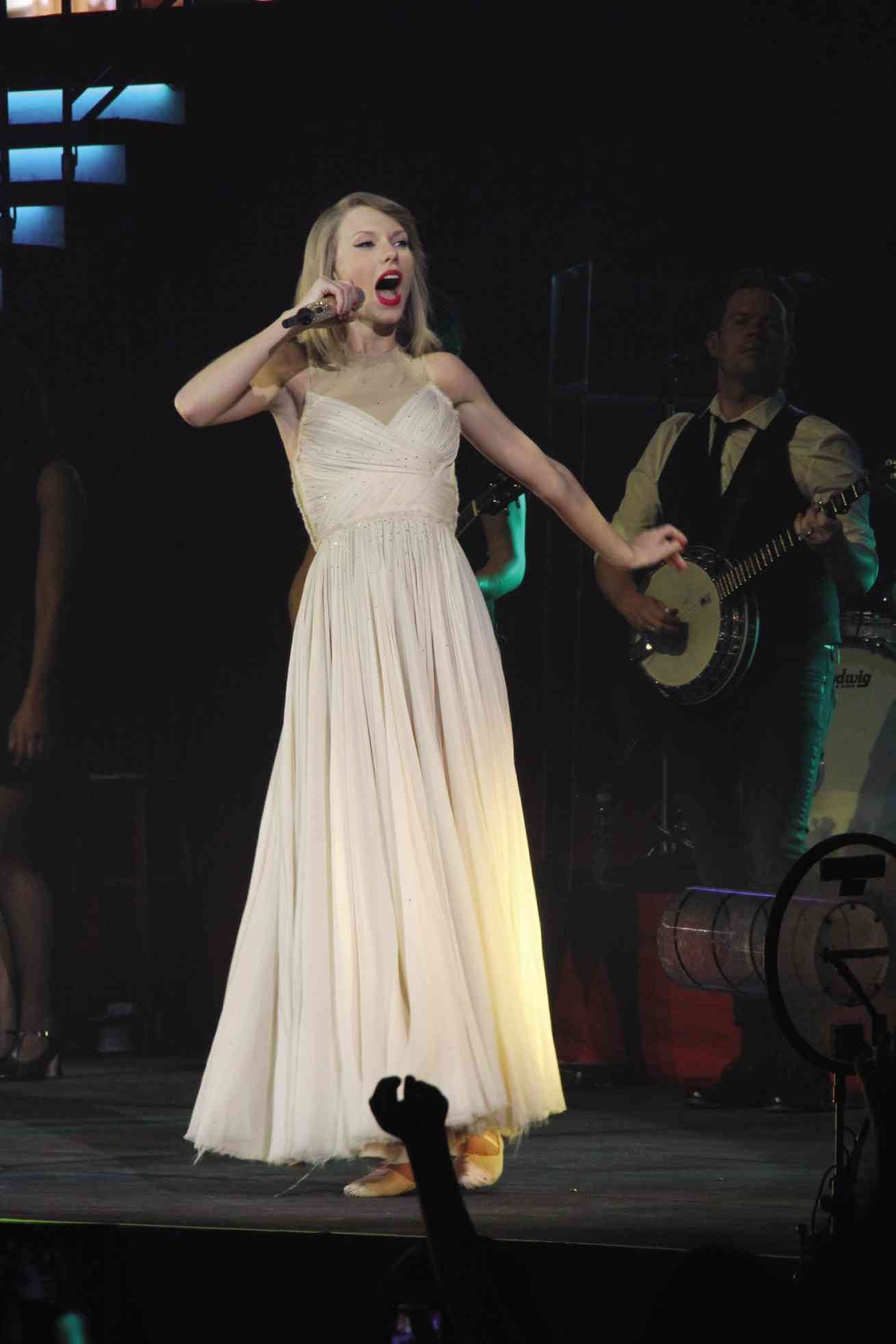 My editor sent me an e-mail, asking if I was interested to personally meet Taylor Swift. It was an opportunity that thousands of people would kill for, so to say yes was a no-brainer.

A “Swiftie,” or genuine Taylor Swift fan, would know that the seven-time Grammy-winning artist has released four studio albums.

Her self-titled full-length debut came out in 2006; it followed by “Fearless” in 2008—the album that made her a superstar, thanks to hit singles “Love Story” and “You Belong With Me.”

When “Speak Now,” her third album, was released in 2010, Manila was fortunately one of the stops of the accompanying tour. After her first Manila concert in 2011, fans have been wishing for a return engagement.

It took another three years for the country-pop singer-songwriter to come back.

Soon after the announcement that Taylor would be performing again in Manila, this time in support of her 2012 album “Red”—which contains “We Are Never Getting Back Together” and “I Knew You Were Trouble,” among other hits—fans lost no time in snapping up tickets.

Presented by Selecta Cornetto, the concert was held June 6 at the SM Mall of Asia (MOA) Arena.

The meet-and-greet was scheduled a few hours before the show. Anticipating heavy traffic and thousands of people headed to the venue, I made sure to arrive at least half an hour before call time.

I got there even earlier than expected.

A huge crowd of mostly teenaged girls had lined up, reportedly as early as 4 p.m. I saw how excited they were.

Taylor Swift fan club members wore made-to-order shirts that bragged about their affiliation. Many others sported “Red” Tour merchandise or customized attire that were designed to mimic possibly every single outfit the star has worn in a music video, live performance or ad campaign.

Assisted by MCA Music execs, we were ushered into the MOA Arena. Security was strict on the way to the backstage area.

Moments later we were in the Vibe Room, a tent decorated with red drapes and couches that served as a receiving room for the meet-and-greet.

We were offered refreshments and Cornetto, of course, while waiting.

And then she arrived.

Wearing a black number that hugged her svelte figure, Taylor entered the room. I was star-struck. I should have worn black, I thought, knowing that my 5’6” chunky self would still look like a hobbit next to her.

She said hello and approached each one of us. I couldn’t pay too much attention to what the others were saying because I was at a loss for words.

And then it was my turn.

She was much taller than I; she had porcelain skin and doll-like features. She looked into my eyes, shook my hand and said, “Hi, I’m Taylor,” just like a normal person.

I thanked her for coming back to Manila. She was really nice, complimenting my eyeliner which took ages to perfect. I couldn’t help telling her how my two daughters, aged 7 and 5, were just absolutely crazy about her!

She then signed a poster of hers, which I requested to dedicate to my kids. And then we posed for a snapshot that her official photographer took.

After talking with other guests, she thanked everyone again and told us that her mother would be taking us on a special backstage tour. Her mom, Andrea, fondly called Momma Swift by the crew, led us out of the room and gave us more reasons to admire her daughter.

Momma Swift said she initially wanted Taylor to pursue horseback riding long-term, and how this was deemed impossible when her daughter fell in love with music and theater at an early age.

Taylor was given her first guitar when she was 12 and that she wrote her first song at that age.

According to Momma Swift, much effort goes into every tour. Aside from the 75 people that comprise Taylor’s band, backup singers and dancers, about 200 crew members are needed to put on the show.

To make sure that the entire audience, from those in the VIP section to the rest at the bleachers, get to see the action onstage, two LED screens suspended on the right and left corners, and one at the center, project at least a dozen video camera angles.

For the “Red” Tour, Taylor plays a six- and 12-string guitar, a piano, a few electric guitars, and a banjo. The multi-instrumentalist writes her own songs to this day, never lip-synchs, and is hands-on with other aspects of her craft.

She conceptualizes her music videos and zeroes in on the production aspect of her shows. Taylor’s love for theater is evident in her concerts, as she utilizes theatrical approaches when it comes to her performances.

There are themes, costumes, creatively designed sets, and choreographed numbers to enhance the music.

For her Manila concert, Taylor went through seven costume changes.

Momma Swift then allowed us to take pictures with her.

The MOA Arena was bursting at the seams.

Meg Bucsit was the Cornetto “Ride to Fame” winner who was chosen to be the night’s front act. Although her set was only three songs, it was a once-in-a-lifetime opportunity nevertheless.

A few minutes before 9 p.m., the lights went out for the main act. Taylor’s silhouette was visible behind the curtain, singing the first few lines in “State of Grace.”

She emerged on top of a staircase, wearing a white blouse, black shorts and a hat.

Fans screamed so hard, it was deafening. Taylor proceeded to sing “Holy Ground” and “Red.”

A video patterned after 1950s black-and-white movies was shown on the LED screen, where Taylor resembled a young Grace Kelly, and the next song’s title was revealed: “The Lucky One.”

This time Taylor wore a satin red top and glittery red shorts with a long draping at the back, projecting a neo-vintage persona.

After another round of costume changes, she sat and played the banjo on “Mean,” a track from her third album “Speak Now” and a Grammy winner for best country song in 2012.

Another video was shown, combining footage of Taylor’s music-related milestones from age 1 to “22.” Wearing black shorts and a red T-shirt with “Manila” printed in metallic letters in front, she put on her dancing shoes for an upbeat number.

This was followed by an acoustic segment, in which Taylor’s band and backup dancers were given a break.

She sang “Fearless” and “You Belong With Me” with an acoustic guitar, and then segued into “Sparks Fly” before walking offstage.

Coming out in a white Victorian dress, Taylor engaged in stage theatrics on “I Knew You Were Trouble.”

In a matter of seconds she changed into a black lacy outfit  as she played the piano and sang “All Too Well.”

And then came “Love Story,” a crowd favorite and the single that gave Taylor mainstream success. The fairytale-inspired verses deserved a fairytale-inspired interpretation. In a long flowing white gown and ballet flats, she sang and moved gracefully like a true princess.

It felt that the show was about to end when the biggest hits came on.

Decked in whimsical, Mad Hatter-inspired costumes, Taylor and company played an animated version of “We Are Never Ever Getting Back Together” as the encore. It was one of the most memorable performances of the evening, but sadly, it was also the last.

The set of 13 songs was a good 90 minutes long. That’s pretty standard for main acts these days, and while I knew that the fans went home happy that night, I wished the set could have been a bit longer.

But meeting Taylor up close and personal more than made up it.