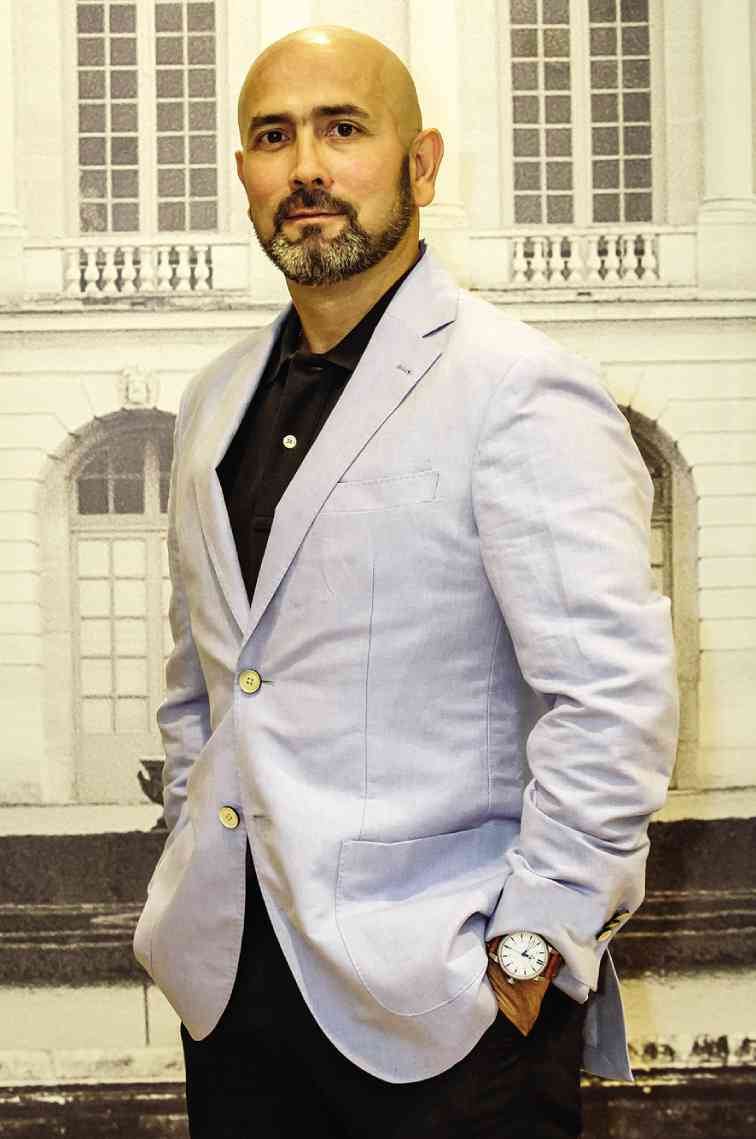 Javier Berenguer-Testa smiled as he admitted he is the kunsintidor while wife Lexi (née Schultz) is the disciplinarian in raising their two daughters, ages 8 and 3.

Then he explained that he is “just a very patient guy, although sometimes to a fault.”

Berenguer-Testa said it is important to him that the two girls are “happy and are raised as good kids,” and that he wants his daughters to grow up respecting their elders, including the domestic help.

“One thing I will not tolerate is making dabog, when they throw themselves on the floor or…,” he then stomped his right foot hard on the floor.

One thing dad swore he would never do is hit the children. He would rather send them to the corner and then explain the reason for the punishment.

Like most fathers of little girls, Berenguer-Testa worried about how his daughters would handle the challenges they would face out there as they grow up.

But he quickly added that having a mother with a “very strong personality” is a huge advantage. Mrs. Berenguer-Testa is a news anchor at ABS-CBN News Channel.

“The best preparation is for them looking at their mother. Just them seeing how their mom is, that will be automatic. My wife is hardworking, driven and has been very successful. They see her dedication at work and in life in general and they’ll learn,” the proud husband said.

Until recently, Berenguer-Testa was food and beverage manager of a Makati five-star hotel.

He worked 16 hours a day, into the wee hours and hardly saw his children.

“I recently decided it’s not worth it… I was working from noontime to 2 a.m. I would get home, the girls were asleep. The kids would get up to go to school and I would be sleeping. They would get home, I was gone,” he recalled.

“I missed my kids, I didn’t get time with my kids. I didn’t have weekends with them as much, (so) I finally decided to leave the hotel business,” the father added.

Berenguer-Testa quit the job with a lot of perks but got more when he returned to the family’s travel business.

“Dad may not be in the hotel but he’s home every night and he’s here on weekends. We go to the beach twice a month. We’ve taken trips to Dumaguete,” he said.

Berenguer-Testa called himself “one of the happiest fathers now because I’m home almost every night for dinner, I’m with my kids on weekends, I wake up and have breakfast with them.”

To other fathers hesitant to scale down and spend more time with their children, he has this to say: “They think, ‘what would I do with my life, what about my career?’ You know, things will work out. If you’re unhappy, you cannot work. If you’re happy in life, you’ll be happy doing your (new) job.”