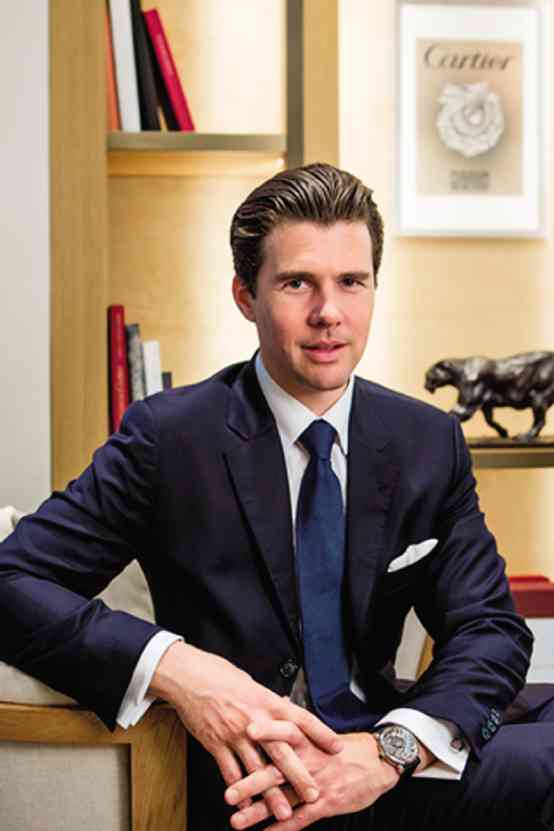 Luxury has always been part of Cartier’s DNA. What probably sets it apart from other high-end watch and jewelry brands is its quick, seamless ability to evolve and stay relevant, while being mindful of its heritage.

Four years after the iconic French brand unveiled its Calibre line of bold, round watches with trademark Roman numerals and flanged bezel, Cartier, in a nod to its rich heritage of producing sports watches, has unveiled the Calibre de Cartier Diver.

Apart from having the distinct look and feel of Cartier’s Calibre line, the watch comes with such features as a unidirectional bezel, hands and dive-time indicators in glow-in-the-dark “superluminova,” and a thick crystal case and screw-in crown that are water-resistant up to 300 meters.

The watch’s glass case is coated with amorphous diamond-like carbon for added strength and protection, while the strap is made of tactile industrial-strength rubber that’s ruggedly stylish and sturdy.

Prices vary per country. In Singapore, the three timepieces in the Calibre de Cartier Diver collection are priced at S$37,000, S$17,000 and S$10,000 for the gold, steel and gold, and all-steel pieces, respectively.

Although people associate Cartier with luxury, there’s a sporty side to the brand that first emerged as early as 1904 with the launch of its Santos de Cartier line.

“We have been so successful with our jewelry and formal watches that a good number of people think we cater primarily to women,” said Gregoire Blanche, Cartier’s regional marketing director for Southeast Asia and Australia.

“That’s not the case at all. The idea behind the exhibit as well as the Calibre de Cartier Diver’s launch is also to underline the fact that Cartier has always been relevant for men,” he said.

The Santos line was Louis Cartier’s response to provide pioneer aviator Alberto Santos-Dumont with a watch that tells the time without him having to let go of the controls of his “flying machine.” Thus, from the original pocket watch, which was widely used by men then, the wristwatch was born.

its family of iconic styles.

“Flying was considered an extreme sports back then,” said Blanche. “The introduction of Santos de Cartier set us on a path of providing discerning individuals with watches that would adapt to extreme environments. And that tradition is still very much evident in Calibre de Cartier.”

People behind the design and production of Calibre de Cartier Diver made sure that they gave the public something that not only looks like a diver’s watch, but also functions like one.

“It doesn’t mean that all our clients would be using their Calibre de Cartier Driver’s watches to go deep-sea diving,” said Blanche. “Perhaps, only a few would. But we’ve made a conscientious effort of ensuring that when we say something, we push the boundaries and deliver on our promises.”

Blanche, who has been collecting Cartier watches for 18 years now, personally loves the sound of his Calibre de Cartier Diver’s unidirectional rotating bezel. It might appear whimsical and decorative, but it’s an integral part of every diver’s watch since divers use the bezel to measure the minutes they still have left in their oxygen tanks.

To prevent any accidental counter rotation or alteration of the dive-time indication, the bezel turns in one direction only.

According to Cartier’s press information, the bezel was designed with 120 notches to enable adjustment to a half-minute, with a clear sound signal during its rotation. For greater visibility, the markers signaling each five-minute period are clearly indicated.

“The bezel is a very playful as well as sensual component of the watch,” said Blanche. “I love the softness and sound it makes. It jibes with the identity we want to give the watch. It may look playful, but it was quite difficult to achieve.”

For meeting the challenges of producing a genuine diver’s watch, Cartier earned an ISO 6425 certification. After the Calibre de Cartier line debuted in 2010, it took the company’s designers another two years to produce a prototype variant for divers.

Readability is another key aspect Cartier had to consider, said Blanche. It’s easy to overload a timepiece with all sorts of information to make it look impressive and worth its hefty price tag.

“We don’t want to do that at Cartier,” he said. “Since we aim to produce clean, readable lines, we don’t overload our watches with too much information.”

The next hurdle they had to deal with was to come up with something that would look versatile enough to be worn from day to night. In other words, Calibre de Cartier Diver should also appeal to busy landlubbers.

If Cartier went by the book, it would have ended up with a thick, bulky diver’s watch that would work perfectly underwater. Instead, as Blanche put it, it was able “to bring two things together that are generally opposed.”

“On one side we had to consider the technical aspect, and, on the other, the refinement and elegance expected of a Cartier,” he said. “We ended up with one of the thinnest, if not the thinnest, diver’s watch in the market today.”

On a daily basis, the watch is extremely comfortable to wear. It can be worn, for instance, under a shirt’s cuff like a typical dress watch. But because of its built-in features, the Calibre de Cartier Diver is anything but typical.

“People buy a Cartier timepiece or jewelry to celebrate important moments in their lives,” said Blanche. “So, obviously, you want those objects that remind you of life’s milestones to remain with you over time. Thus, like all of Cartier’s earlier creations, the Calibre de Cartier Diver is also timeless.”