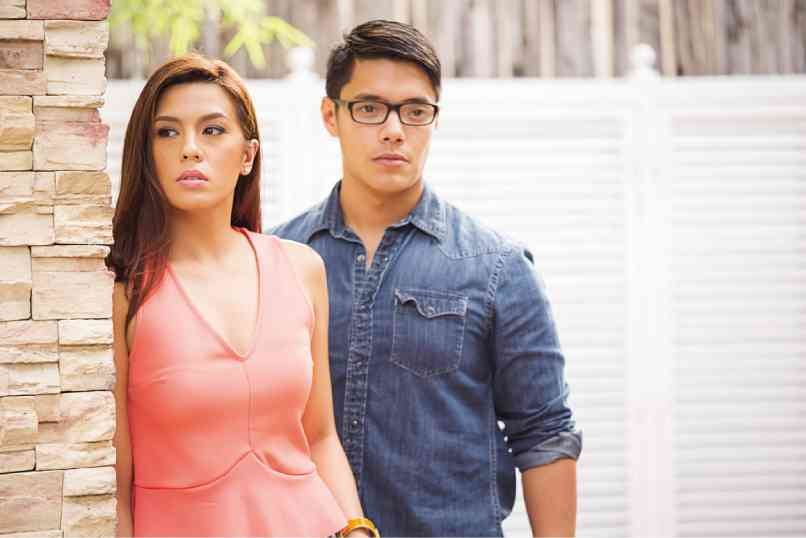 JAMIE WELLERSTEIN, a struggling writer, meets equally struggling actor Cathy Hyatt in New York. They fall in love and build a life together, but somewhere along the way the relationship falls apart. In the end, they choose to go their separate ways.

It sounds like every other love story, but “The Last 5 Years,” written by composer-lyricist Jason Robert Brown with heart-wrenching music and an inventive storyline, has made Jamie and Cathy one of today’s most famous fictional couples. Their story is remarkable because of the way it is told—Jamie starts from the beginning of their relationship, while Cathy backtracks from the end.

The show comes to Manila this Aug. 9-31, at the CPR Auditorium in RCBC Plaza, Makati, thanks to 9 Works Theatrical, and is starring two of local theater’s best: Joaquin Valdes as Jamie, and Nikki Gil as Cathy. Robbie Guevara will direct. 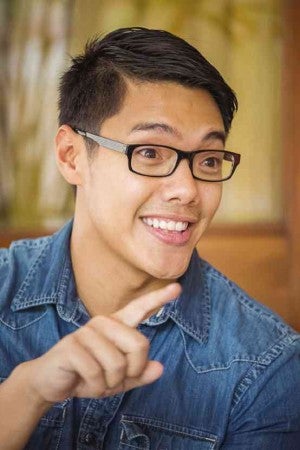 Gil has headlined past 9 Works productions such as “Sweet Charity” and “They’re Playing Our Song.” Valdes, a film and commercial director, is working for the first time with 9 Works. His most recent venture into theater was last year’s “Red,” in which he played the abstract expressionist artist Mark Rothko’s fictional assistant Ken, alongside Bart Guingona.

As Jamie and Cathy, Valdes and Gil will be showcasing their vocal dexterity in “The Last 5 Years,” as the 90-minute play, with 14 songs, has almost zero dialogue. It will also be just the two of them onstage; no extra characters, no Greek chorus. (They’re not yet sure if there will be an intermission.)

Then there’s the challenge of acting in different time frames; in fact, the two interact only during one song.

“[Telling the story] is a lot like heartbreak—you keep replaying it in your head, so it’s like walking backwards,” added Valdes. “It’s also a lot like falling in love, because you have to go through a process where there’s hesitation and tentativeness.”

One can expect the show to be quite the emotional roller-coaster, since Jamie’s character starts on such a high and spirals downward, while with Cathy, the story goes from painful and depressing to positive and happy.

“It’s going to be one hell of an experience [for the audience]. You’re going to be crying and laughing, and wondering why you’re doing that so often during the show,” Valdes says.

“The Last 5 Years” was initially produced off-Broadway in 2002 with Norbert Leo Butz as Jamie and Sherie Rene Scott as Cathy. It was revived and directed by Brown last year. A Hollywood film adaptation starring Anna Kendrick and Jeremy Jordan is set for release this year.

The musical was first staged in Manila in 2003 by Actor’s Actors, Inc., with Audie Gemora and Menchu Lauchengco-Yulo playing Jamie and Cathy, and Bart Guingona directing. This time, 9 Works Theatrical is staging its own production of the musical in celebration of the company’s fifth anniversary.

Gil and Valdes first came to know of the play through the show’s music. Valdes particularly became interested when he came across Lea Salonga’s cover of the play’s opening song, “Still Hurting.”

Despite the heavy drama and inevitably sad ending, both Valdes and Gil say “it’s hard not to relate” to the musical’s story. Valdes, who recently got engaged, says the song that really got him hooked on “The Last 5 Years” and Brown’s works is “The Next 10 Minutes.”

“In that one song, [Jamie] proposes and gets married to [Cathy]. And one line goes: Will you share your life with me/ for the next 10 minutes,’ and then another 10, another 10… it’s just an honest and sweet and vulnerable song,” he says.

“The song that I like most is  ‘Still Hurting,’” says Gil. “It was so real to me at one point, because [Cathy] didn’t see what was coming—[the breakup] just blew up in her face. And it’s so unfair because [Jamie] is fine, and here I am, still hurting.”

What makes the story feel even more “real” is the fact that it’s loosely based on Brown’s relationship with his former wife.

“If he didn’t go through that himself, I don’t think the details in the songs would be written like that,” says Valdes.

They have barely begun rehearsals, but Valdes and Gil assure that “The Last 5 Years” will have something anyone can identify with, may it be a whole song, or just a particular line, or even the way a song is sung—whether you’re in a relationship or not.

“I guess the essence of ‘The Last 5 Years’ is this: A lot of who we are, is when,” says Valdes. “The reason why most relationships don’t work out is not just black and white—there’s a lot of gray to it. Maybe it just wasn’t the right time.”