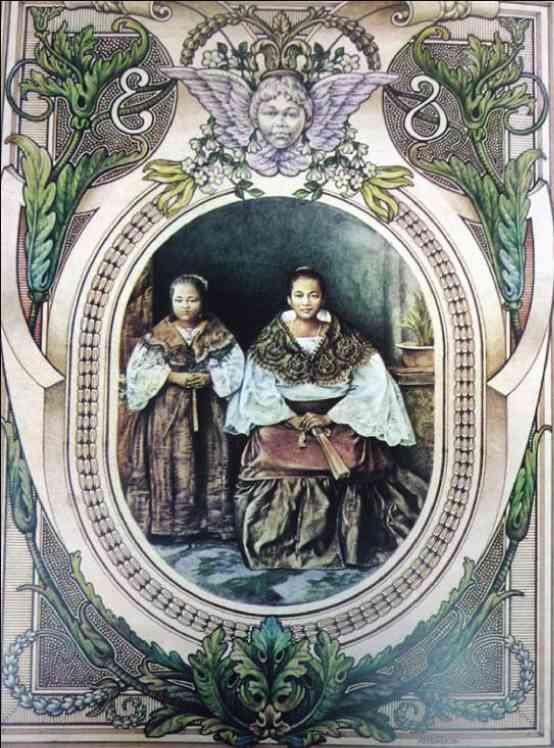 George Ade’s “Stories of Benevolent Assimilation (of the Philippines)” originally appeared in the Chicago Record once a week, from July 8 to Oct. 18, 1899, until collected in book form.  George Ade was anti-imperialist like Mark Twain (who was passionate and sarcastic in his comments). George Ade, on the other hand, was “superior and amused,” “pricking the pretensions of the expansionists.” Here is a reproduction of another story.

The main character is a missionary, Washington Conner, traveling representative of the United States of America. Also introduced in a preceding story were the Filipino father, Bulolo Kakyak, his wife Luna, sons Francisco and Patricio, and daughter Eulalie (18 years old).

“Where are you going this summer?” asked Mr. Washington Conner as he sat at breakfast with the Kakyak family.

“Going?” repeated Mr. Bulolo Kakyak. “We won’t go anywhere unless the soldiers come up the valley.”

“You ought to go somewhere,” said the American missionary, shaking his head. “If you can’t go to the seashore, you ought to go up on the mountain for awhile; or, if that is too much trouble, you might get a tent and an oil stove and camp by the river for a couple of weeks. You see, in America, every family that can afford it goes away from home during the summer. It is one of the methods by which a family may demonstrate its possession of money and its sense of the conventional proprieties.

“This indifference to the opinion of others is the common trait of savagery,’ said Conner. “As soon as you have become assimilated and have learned what is what, by contact with the sophisticated members of our great republic, your conduct will be governed almost entirely by the desire to avoid being criticized.

“I may say that the secret of the white man’s civilization is this deference to the opinions of others. Don’t give any one the chance to talk about you. Don’t let other people know everything. Disguise your real feelings, and so carry yourself that your outward bearing will compel respect.”

“Let’s just say it’s a diplomatic compromise with the conventions of society.  You will find, Mr. Kakyak, after you have been assimilated, that you will have to do a great many things that you don’t want to do, in order to escape the disapproval of that impersonal but dangerous mentor, public opinion.”

Sometime in the lecture, Eulalie had gone from the house and Conner followed her. He found her sitting in the scant shade of nipa, looking away across the rice swamps, and (horror upon horrors!) she was smoking a large cigar.

Conner was at her elbow before she saw him. Quickly she put the cigar behind her, and then looked up at him, doubtful and alarmed. “Eulalie, of all things!” he said. “Smoking!”

“Ye-es,” she faltered, timorously. “I somehow felt that you wouldn’t approve of it, but in Luzon all the girls smoke.”

“Approve of it? I should say not! What do you think Mr. McKinley would say if he knew that you were smoking a cigar this morning? And after all he’s done to make you happy!”

“You have reason to be. It is a most disgusting habit—for women. One of our principal objects in taking possession of these islands was to cure the Tagalo ladies of the tobacco habit.”

“Then the women in your country do not smoke?”

“I suppose they are held in contempt and loathing?”

“Well, perhaps they should be, but many of them are very prominent society ladies, and it doesn’t behoove anyone to hold them in contempt and loathing.”

“Well, why do you scold me for doing something that is done by prominent society ladies in your own country?”

“Oh, simple maid of Luzon! Can’t you grasp the subtle distinction between smoking as a refined luxury and smoking as an elemental vice? Another thing. The ladies in my country smoke cigarettes instead of cigars.

“I notice, too, that you are given to the distressing habit of chewing the nuts and green leaves of the betel tree, thereby staining your lips and giving your breath a vegetable and peppery tang, which I do not like when I sit alongside of you. Please stop chewing the betel, Eulalie. If you must chew something, chew gum.”

“Is it possible that you never heard of chewing gum?  Truly, you are in need of a few civilizing influences.  There is a stick of gum (taking one from his pocket). It is a rubbery compound, sweetened and flavored.”

“Put it in your mouth and chew it.”

“Then do you swallow it?”

“Just keep on chewing it?”

Eulalie put the gum into her mouth and chewed industriously. “Do a great many people in your country chew gum?”

“Do they? Why, the manufacturers of chewing gum have made their millions.”

“My jaws ache,” said Eulalie, “and I don’t seem to be accomplishing anything.”

“Keep at it,” said Conner, with the encouraging smile. “All this comes under the head of assimilation.”

Note: Upon this cheery note we bid adieu. Keep happy with the Coke, burgers, hot dogs, fries and apple pies with which you have been assimilated.  And for those who still remember, “Keep ’em flying!”

If you plan to be present on opening night, please dress in something you wouldn’t dare wear elsewhere. Masaya! Fair warning: All exhibits only serve bird food. Just go to McDo later.