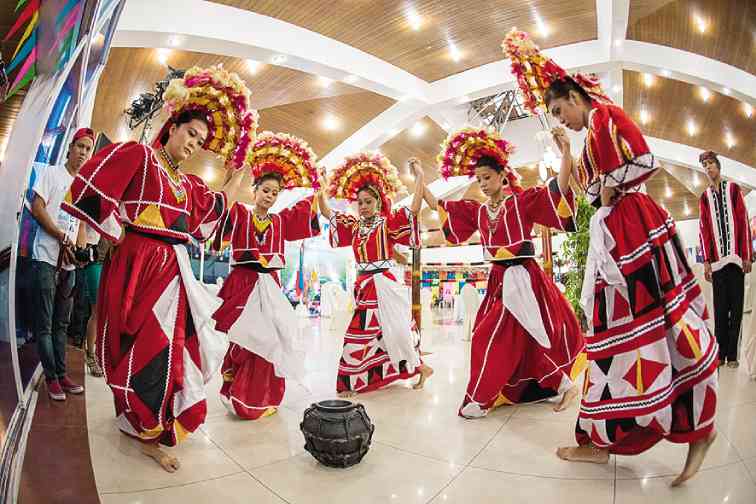 The year-long Taoid heritage program of the National Commission for Culture and the Arts (NCCA) recently held a series of activities in Northern Mindanao highlighting the rich cultural heritage of Jimenez in Misamis Occidental, Iligan City in Lanao del Norte, and Jasaan and Cagayan de Oro City in Misamis Oriental.

“We would like to emphasize what the regions have in terms of cultural heritage,” said Fr. Harold Rentoria, OSA, head of the NCCA’s Subcommission on Cultural Heritage.

Speaking at a fellowship dinner at the Macaraeg-Macapagal Heritage House in Iligan City, Fr. Rentoria reminded the local government as well as the people “to preserve, promote, and protect the cultural heritage that you have here.”

“We are using the Taoid program as a way in order to educate the people regarding the provisions of the Republic Act 10066, and how we can implement the National Heritage Law in the different municipalities, provinces in our country,” he said.

“And also through Taoid, we would like to help, to partner with the local government in order for you to identify your cultural treasures,” he added.

Iligan, called the City of Majestic waterfalls, boasts not only the picturesque Maria Cristina Falls but 22 others worthy  visiting.

“We have distinct little things to boast of. It may not be as established as the ones being promoted but we Iliganons can proudly claim we are unique,” said OIC city administrator Dexter Sumaoy.

Sumaoy enumerated the city’s heritage such as the lighthouse near the pier;  Premier Theater; rotunda on Cabili Avenue; City Hall;  the tartanillas (calesa) which are still being used by commuters.

“Iligan City being the home of Muslims, Christians and indigenous people has a lot of what we call culture,” Mayor Celso Regencia explained. “Traditions and customs that are of interest to tourists both local and international. It is important that the city government of Iligan should take pride in its people, places and heritage.”

“Our heritage is our asset and considered as the greatest resource of the city. We must take good care of it,” the mayor added.

One of two declared National Cultural Treasure churches in Mindanao is the Immaculate Conception Church in Jasaan, built in the late 19th century.

The barn-style Baroque church is similar to the San Ignacio Church in Manila. The church was designed after the architectural design of the famous church in Intramuros, which was destroyed during  World War II. Jasaan is undergoing restoration.

However, it stands out since half of its façade is made of wood which, amid adversities, still survived. It has two bell towers with an 1807 bell as the oldest. The old convent is notable for its huge wooden posts.

Misamis Oriental Gov. Yevgeny Vincente B. Emano thanked the NCCA for bringing Taoid to the province since it was a big help in introducing and letting the people know the history of Jasaan and Misamis Oriental.

“What NCCA has done has bolstered our chances of getting a fair share of tourism in the islands of the Philippines,” said Emano.

Jasaan Mayor Grace Jardin said her administration was seeking to promote  tourism and the cultural heritage of the town.

The Taoid program was also launched in Cagayan de Oro City, home of  St. Augustine Metropolitan Cathedral, which was built by the Recollects in 1624.

The  church, together with the convent, was destroyed during  World War II and was  rebuilt.

Not far from the church is the old water tank built in 1921-1922, now converted into the City Museum of Cagayan de Oro. It houses old photographs, memorabilia, and artifacts recovered from Gaston Park which was once part of the Spanish colonial fort known as Fuerza Real de San Jose.

The event, said Mayor Oscar Moreno, was “very very significant and a memorable occasion for us because through culture and the arts, we preserve our history, our identity.”

The mayor added that “our future is defined by remembering the lessons of the past.”

As part of the heritage program, Fr. Rentoria said the NCCA, particularly the Subcommission on Cultural Heritage, was going to conduct cultural mapping, cultural development, and heritage clinic in Mindanao.

“It should not only be  about architecture, it’s not all about beauty, but it should impact on the lives of the people,” he said.