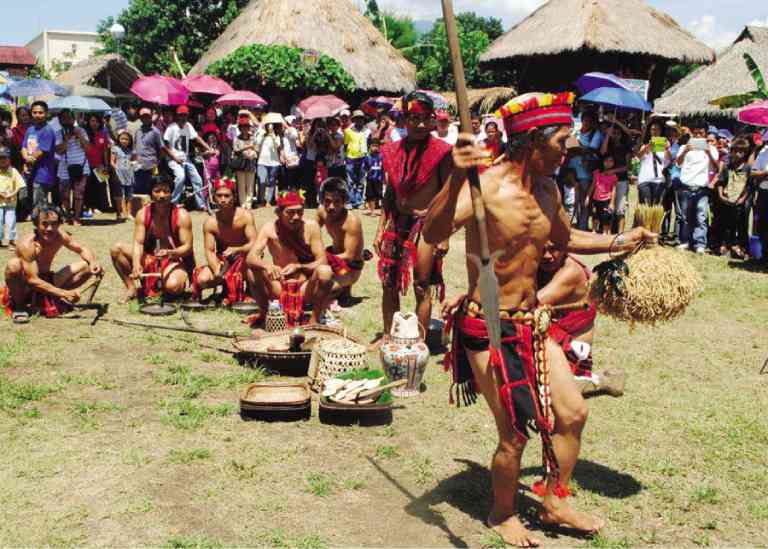 One of the most colorful and culturally diverse, yet unheralded provinces in the country is Nueva Vizcaya.

Embraced by the mighty mountain ranges of the Cordillera, Caraballo and Sierra Madre, the province is home to 18 indigenous peoples   that have made it their home for centuries.

Ammungan is the Gaddang word for “gathering,” while its Ilocano counterpart is ummungan, which also has the same meaning and is widely understood among the ethno-

Gov. Ruth Padilla says the festival showcases the strides made by the province over the years in terms of economy, tourism, governance and respect for indigenous peoples’ rights.

She says  the festival celebrates  unity in diversity and peaceful coexistence of peoples from various cultural roots.

Festivities started with the street-dance competition, which saw contingents from various municipalities interpreting in contemporary renditions the ethnic dances of the province.

The locus of the four-day festivity was the Indigenous Peoples’ Day when the various indigenous groups converged and performed the Cañao, the traditional ethnic feast led by the Ayangan (Igugao) tribe.

During the program, the authentic political leadership of the Gaddang tribe was confirmed by the National Commission on Indigenous Peoples (NCIP) in line with the Indigenous

The NCIP, through executive director Leonor Quintayo, hailed Nueva Vizcaya as among the outstanding local government with programs and services catering to the empowerment and upliftment of IPs.

Traditional tribal games, which are slowly vanishing due to modernity, were revived in  Ragragsak ti Sangka Ilyan held later in the afternoon.

Celebrations drew to a close with a colorful float parade that  highlighted the tourist attractions, local products and industries of the participating towns.

Major events were held at  Ammungan Village on the Provincial Capitol grounds in Bayombong, which featured replicas of traditional houses of cultural communities for the municipalities. Each house  sold home-grown organic agricultural produce, processed food, and ethnic souvenirs and crafts.

For a quick glimpse of the province’s ethnography, history and culture, swing by  Nueva Vizcaya Museum, which used to be the old

The province also takes pride in its religious cultural heritage embodied in the postcard-pretty St. Dominic’s Cathedral in Bayombong, the seat of the Roman Catholic diocese; and  St. Vincent Ferrer Church in Dupax del Sur,  declared a National Cultural Treasure by the National Musuem. (The province was part of the extensive mission, northern territory, of the Dominicans.)

Nueva Vizcaya was created on May 24, 1839, when Spanish Governor-General Luis Lardizabal ordered its separation as a politico-military province from Isabela.  The King of Spain approved the order through a royal decree on April 10, 1841.