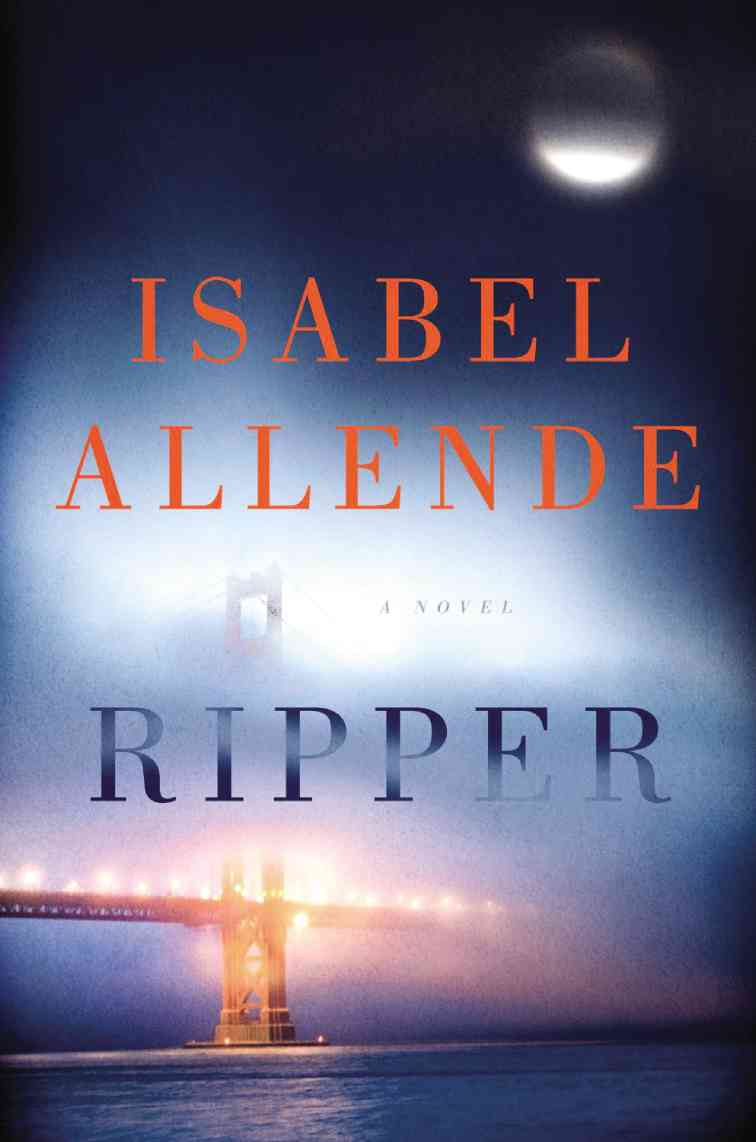 As far as high-concept foundations for a novel are concerned, the idea at the heart of Isabel Allende’s “Ripper: A Novel” (translated from the Spanish by Ollie Brock and Frank Wynne, HarperCollins, New York, 2014, 478 pages) is quite intriguing. A group of teenage acquaintances (and and grandfather of one of them) playing an online role-playing game—the titular “Ripper”—in which they take on identities and attempt to solve the crimes of the infamous serial killer Jack the Ripper decide to try and solve real-life murders in San Francisco.

That’s a very contemporary premise for Allende, the best-selling Chilean novelist best known for sweeping melodrama such as 1982’s “The House of the Spirits,” which was adapted by Bille August into a star-studded motion picture in 1993. While she has tried a variety of styles and topics, her books often employ twist endings and strong female protagonists. Both those elements are at play in “Ripper.”

The Ripper group members find themselves tackling six puzzling, perverted murders, each one seemingly unconnected to the other and seemingly started after a popular astrologer predicts a “bloodbath” in the city. The group’s game master, the brilliant but shy Amanda Martin, devotes as much of her time to figuring out these crimes, something that bothers her father, the deputy police chief Bob Martin. Meanwhile, Amanda’s mother, the holistic healer Indiana Martin, spreads a message of goodwill among her patients and friends from the colorful Bay Area. This mother-and-daughter pair will wind up holding “Ripper” together.

There are seemingly two distinct books within “Ripper” at first glance. One is a character study on the different kind of people one meets in the Bay Area, from conservative judges to new-age practitioners. The other book is a taut, unpredictable forensic whodunit, focused on the six aforementioned murders. It becomes clear it’s no longer some children’s game.

Both elements are well-crafted if initially un-tethered, with Allende succeeding in providing detailed and vibrant portraits of the different personalities surrounding Indiana, including a flamboyantly gay waiter, a troubled former NAVY Seal with only one leg, a grizzled private investigator and a drug-using Brazilian painter, among others. The investigation of the murders saunters on. But then “Ripper” links the two, when Amanda discovers that the murders may be the work of a smart, dangerous serial killer. “I’m not talking about Jack the Ripper, I’m talking about the San Francisco Ripper,” Amanda tells her father.

While initially precariously connected, the linkage between the two storylines soon becomes enthralling as the lives and deaths connect. There is even a Filipino suspect, a butler named Galang Tolosa.

At the beginning, the “Ripper” players felt like an afterthought, but they become more crucial the deeper one gets into the book: “The kids who played ‘Ripper’ reasoned using logic, something a machine could do with unbelievably greater power, but they also had something unique to human beings: imagination.”

The only noticeable flaw in “Ripper” is Allende’s overly formal dialogue. Each time the characters speak, they sound the same, serving only to forward the plot. The novel starts sluggishly and then picks up speed. As a result, there’s a lot of heavy exposition toward the end, when Allende obviously shifts from the character element of “Ripper” to its procedural element. There’s also the matter of her villain, a complex chameleon of a killer, and who suffers from one twist too many right at the very end.

Allende’s lead characters are interestingly imperfect and the murders sufficiently fascinating. The later deaths are both surprising and make an impact. It all matters, in the end. All of it is quite a change of pace for usually heavily dramatic Isabel Allende, but a welcome one, with “Ripper” proving to be an efficient and hypnotic modern thriller with the worst kind of monster, the one hiding in plain sight.