‘A bunch of a**holes, but still lovable’ | Lifestyle.INQ ❮ ❯ 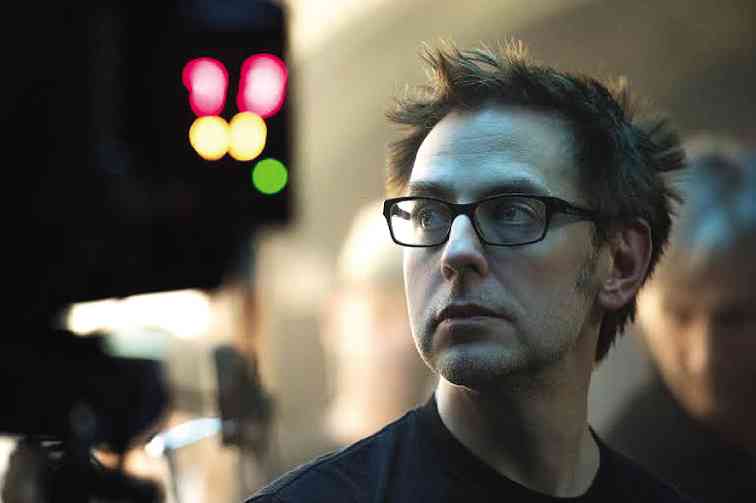 ‘A bunch of a**holes, but still lovable’

SINGAPORE—Of all the people involved with the explosive, ambitious film “Guardians of the Galaxy,” there is nobody happier than James Gunn—who happens to be the unlikeliest director of a Marvel film to date.

“This is a story I’ve always wanted to tell,” says the skinny, spiky-haired, 43-year-old Gunn in his trademark kinetic and unbuttoned conversational manner as he meets the international media gathered in Singapore.  Gunn has also cowritten the screenplay to “Guardians” based on a Marvel Comics property that began in 1969. But unlike the recent blockbuster films in the Marvel Cinematic Universe such as “The Avengers” and “Captain America 2: The Winter Soldier,” this one is set in the far reaches of space, with much more obscure characters. And that’s exactly the way Gunn likes it.

“I think that ‘Guardians’ is more at home on screen than it is on the comic book,” he explains. “So I felt it gave me the freedom to do something really interesting. They’re a bunch of a**holes but they’re still lovable.”

Leaping off the post-credits scene in “Winter Soldier,” the titular team of the “Guardians of the Galaxy” (which opens in Metro Manila on July 31) is composed of heroic thief Peter Quill (Chris Pratt), the dangerous raccoon-like Rocket (voiced by Bradley Cooper), the tree creature Groot (voiced by Vin Diesel), the murderous Drax (Dave Bautista) and the green-skinned assassin Gamora (Zoe Saldana).

The Guardians find themselves joining forces as they seek to stop the machinations of the evil Ronan (Lee Pace), and never has so much depended on a group so easily dismissed. It promises to be a hoot and a spectacle.

“I knew I was making a movie about outcasts,” Gunn says, citing the ragtag heroes of the 1967 movie “The Dirty Dozen” as an inspiration for the Guardians. He identifies heavily with the characters as he considers himself an oddball. “They’re all bad guys at the beginning of this movie. And they learn they’re a little bit more than what they think they are.”

This is perfectly in line with Gunn’s life and work. He did, after all, make his first film at age 12, and then learned every aspect of cinema working for the independent film factory Troma Entertainment, before working on scripts for 2002’s “Scooby-Doo” and Zack Snyder’s 2004 remake of “Dawn of the Dead.”

Influenced by the work of Preston Sturges and Monty Python, Gunn has distinguished himself as director of such cerebrally funny films as 2006’s “Slither” and 2010’s “Super.”

He does seem like an unusual choice to helm a blockbuster, but Gunn had Marvel Studios producer Kevin Feige worked closely with him in shepherding “Guardians” to the screen. “Avengers” director Joss Whedon had seen Gunn’s first draft for “Guardians” and advised him that the screenplay needed to be “more James Gunn.” So he went and did just that.

After two years of development and five months of shooting in London, “Guardians” is poised to hit cinemas with Gunn’s irreverence intact. “My goal when I set out making this movie was to make it 100 percent Marvel and James Gunn. I knew that this is a story I would love to see whether I was 9 years old or 40 years old … I have always wanted to make a space action movie and honestly never thought I would get the opportunity to do it,” he says.

A big help was the deep bonding of the cast, all of whom Gunn chose. “I’m very picky with actors and I hate working with those that are not nice people. Life is too short to hire actors who are difficult or are working against you as a filmmaker,” Gunn says.

Something that is also unusual with “Guardians” was how Gunn had actual physical sets constructed instead of relying on CGI. “It’s a combination of doing green-screen and practical sets, and that means knowing what works for what situation,” he says. “To put your actors out there, and it’s all green, green, green, that sucks.”

Among the large sets built were the two-storey set for Quill’s spaceship the Milano, and the even bigger, two-soundstage-sized set for Ronan’s ship the Dark Aster. And it’s not as costly as people think: “The truth is it’s cheaper than when you’re putting something in the background that’s not there.”

All this is just the tip of the cosmic iceberg for Gunn, who tells Inquirer Super there were many characters he wanted to include in the film. “For example, there’s so many characters who are Guardians but didn’t fit into the movie,” he says. “It just makes me excited to tell future stories in this universe … but I think for this movie, these characters were the ones who really fit the best.” He added: “And I loved raccoons.”

Gunn remains sanguine about future projects. “I say no to a lot of projects because I like the script but I don’t feel it in my bones … It’s got to be part of my soul,” he says. He understands how important “Guardians” is for Marvel, as this is the only movie running prior to next year’s big sequel, Whedon’s “Avengers: Age of Ultron.”

There’s a lot of fresh, unexplored territory in “Guardians of the Galaxy,” the film having a very independent mentality to a big studio film, one which potentially launches another Marvel franchise. But most of all, it’s a dream come true for James Gunn: “If there’s anything that makes spending two years of our lives making this movie, it’s for people to be able to walk out of the theater feeling a little better about themselves and the world around them, not only in one country or the world, but the entire galaxy.”