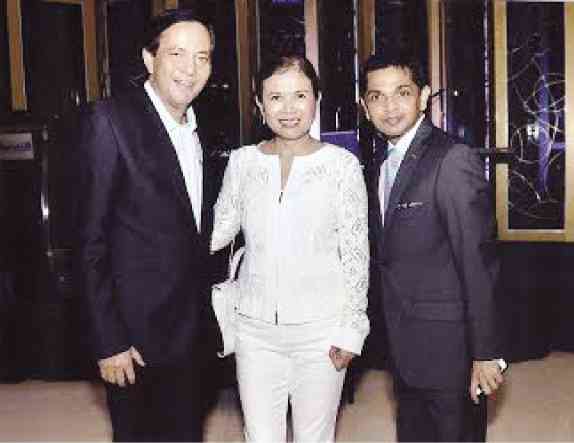 Operation Smile came to Cebu for the 16th year under the aegis of the MSY Charitable Foundation. The initials stand for Mariquita Salimbangon Yeung whose foundation is involved in various civic endeavors.

As in previous years, a number of doctors, nurses, dentists and volunteers came to perform operations on children and adults with cleft lips, cleft palates and other facial deformities.

They had targeted 150 operations but at the end of a week’s intense activity they had scored 181. Venue this year was the Adventist Hospital, formerly known as the Miller Sanatorium.

The old one was devastated, first by the Oct. 15 earthquake and then further damaged by Supertyphoon “Yolanda.” At present, the hospital functions in neighboring buildings and makeshift quarters.

The cost of a new facility has been estimated at P1 billion. Half the amount has already been raised. When completed it will become the Cebu headquarters for Operation Smile.

“Together we can make things happen” has been Mayor Rama’s tagline for some years now. He repeated the phrase on this occasion with a glint in his eye, corresponded by Mariquita and her brother Rep. Ben Hur Salimbangon.

Spirits were high the day the operations concluded exemplified by a champagne reception hosted by Carlos and Mariquita Yeung, followed by dinner, at their home. There were citations and awards, congratulatory speeches, and toasts for more Operation Smile expeditions in Cebu.

Meanwhile, at the Radisson, they have once more pledged to house the visiting doctors when they next come. Nishan Silva has gallantly confirmed it. He is full of plans for the Radisson Blu. Being from Sri Lanka he’d like to open a Dylmah tea bar at the hotel’s lobby before the year is over.

Another plan is to have to Lady Radisson lounge as an exclusive enclave for ladies. How about a Lord Radisson lair?

The Radisson has a new executive chef in Frederic Cyr who is Canadian, and Ramon Makilan has taken the post of food and beverage director. As the old adage says, the proof of the pudding and anything else for that matter, is in the tasting.

Superlatives were heaped on the appetizers of shrimp, salmon and ham; the tuna tartare; the steamed lapu-lapu flavored by lemon jam; the Tournedos smothered in duck foie gras; and the mango/apple tatin tarts.

As it happens every year, the old barrio of Parian in downtown Cebu City celebrated the feast of its patron saint San Juan Bautista with the usual splendor and circumstance. There was a mass at the capilla, followed by a procession, and a traditional fiesta at Casa Gorordo.

This stone house built in the 19th century was the house of Archbishop Gorordo’s family. Among the last to live in it were Señorita Telesfora Jaen and her niece Josefina “Pepit” Revilles.

Over 30 years ago the Ramon Aboitiz Foundation Inc. (RAFI) bought Casa Gorordo, turning it into a museum of its era, and center for cultural activities. On the Fiesta de San Juan, Pepit Revilles went to her old home and hosted the celebration.

Present on this occasion was Dr. Jocelyn Gerra, who heads the RAFI cultural arm which has an office at Casa Gorordo. Pepit Revilles welcomed all, citing the significance of the occasion, and thanking the many prominent guests for their presence.

Aside from the feast of St. John the Baptist, the old traditions at Casa Gorordo are maintained. On Christmas, the belen is mounted and during Holy Week the floats with those age-old statues participate in the processions of the Cebu Cathedral. On the feast of the Santo Niño the original Sinulog as a votive dance is performed by children and adults trained for the purpose.