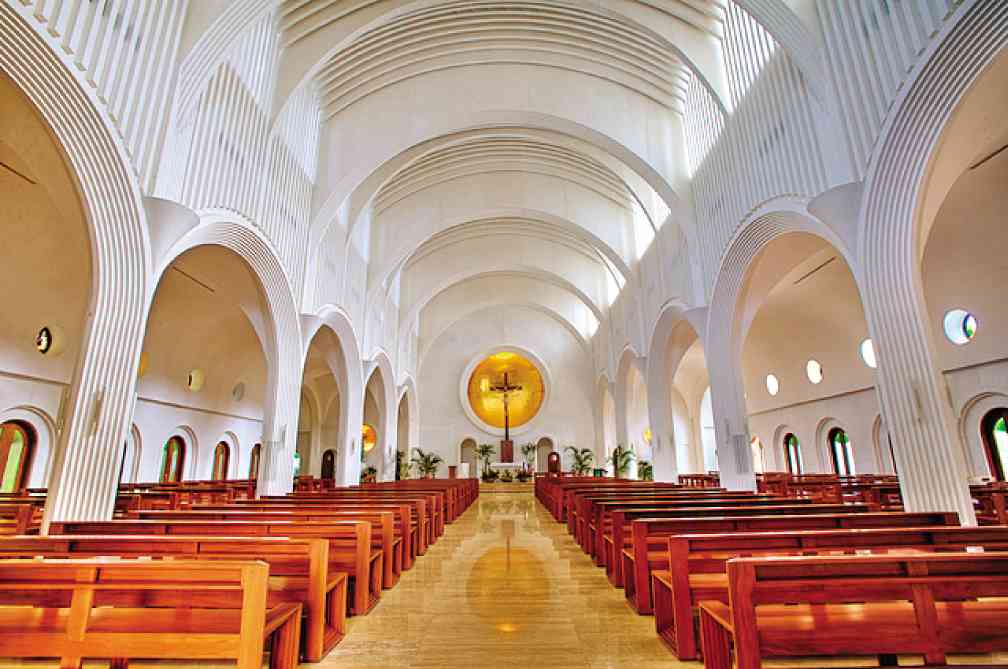 Music-lovers from Manila discovered a perfect recital venue when pianist Cecile Licad “debuted” at the St. Benedict Chapel in Westgrove Heights in Silang, Cavite, on the eve of Typhoon “Glenda.”

The church is  perfect formusic-making, surrounded as it is by open space, a fountain, trees, meditative walks, a courtyard and lush greenery, which became a perfect setting for  the opening number—Edward MacDowell’s Woodland Sketches,” Op. 51.

Playing several sections from “To a Wild Rose,” “Will o’ the Wisp,” “At an Old Trysting Place” to “To a Water Lily” and “By a Meadow Brook,” Licad became a virtual painter of sounds as she sketched portraits from the American woodlands.

The force of her Chaminade Sonata in C Minor, Op. 21, illumined the church ceilings and arches. At the end of the first part, the applause was deafening.

The five Gottschalk pieces enlivened the full church crowd, and William Mason’s “Silver Spring,” Op. 6, sounded like a much-needed balm from all the excitement generated by Gottschalk.

In the hands of Licad, the simple piece hovered like a mantle of peace and was the perfect contrast to Ornstein’s Piano Sonata No. 4, which roared like  Glenda.

Standing ovations greeted every encore piece, but the most applauded was Buencamino’s “Mayon Fantasy.” The demanding chords, indeed, sounded like Mayon’s fury, and the ensuing calm was a beautiful tonal rendition of Albay’s pastoral landscape.

The acoustics was heaven-sent. Even the  rustling of paper and murmurs could be heard. Fr. Isagani Avinante, who heads the chapel, said he was a Licad fan,

Among those who have performed at the St. Benedict Chapel was Russian pianist Sofia Gulyak, winner of the William Kapell International Piano Competition.

Licad said she was grieving the passing of Oscar C. Yatco, who died July 1.

“Maestro Yatco was part of my growth as a young musician and, indeed, I learned a lot from the man by just making music with him,” said Licad. “He saw me evolve as an artist, and being one of our distinguished conductors, he left something  that Filipino musicians can learn from.

I last worked with maestro Yatco in 2009 when I was soloist in Prokofiev’s Concerto in C Major along with German cellist Alban Gerhardt, who was soloist in a Shostakovich cello concerto—all in one evening. The huge success of that last concert is what I will remember  of maestro Yatco.  My family and I mourn the loss of a distinguished figure in Philippine music.”