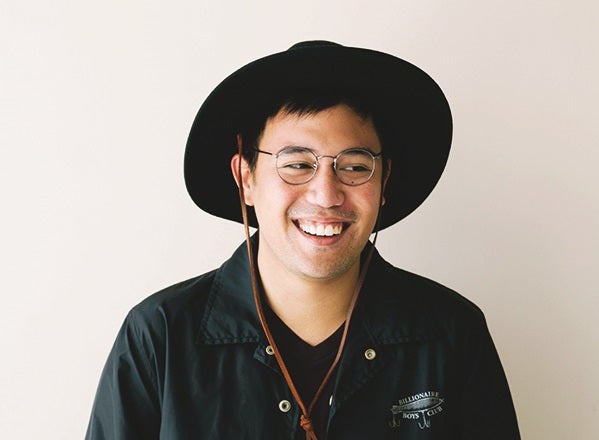 ‘Art definitely has healing capabilities. It’s that realization that one must live in the now, and live life to the fullest’

Grief and loss are once more in the headlines, what with all the airline accidents, the continuous bombings in Gaza, and all the injustice that seems to be imploding in various parts of the world.

Ten years ago, death was a topic hardly discussed or featured in books, films and plays. However, the world has changed so much over the last few decades that loss has become a reality, and death, so much now a part of the fabric or our lives.

In “Counting Our Losses,” Darcy Harris writes, “In a 10-year period from 1900 through 1909, there were a total of 73 national-level natural disasters worldwide. Within the first five years of the 21st century, disasters on the national level have escalated to 2,788, and this figure continues to rise, according to the International Strategy for Disaster Reduction.”

Today, we have films like “The Fault in Our Stars,” first a runaway bestseller, and then a blockbuster film that talks about death and illness in the adolescent years and presents it in a manner that is not fearful and yet not romanticized, either; the 2007 Pulitzer Prize winner “Rabbit Hole,” about losing a child brought to Manila by Red Turnip, starring Agot Isidro and Michael Williams, set to open at Whitespace next weekend; and a musical about childhood cancer called “Dani Girl” by the Sandbox Collective at the RCBC Plaza.

Although there is so much death, there, too, lies so much hope. I saw that for myself in how Toff de Venecia has evolved and grown after losing his beloved sister KC to a fire close to 10 years ago.

Toff made his directorial debut on the stage with “Dani Girl” this month, and is one of the proponents of the Sandbox Collective, the company that produced the play. He was only 18 years old and a college freshman at the Ateneo when a fire claimed the life of his sister KC. What could be more harrowing than seeing your own sibling engulfed by a fire in a place that was supposed to be a shelter from harm?

In an e-mail interview, Toff talks about how losing KC helped shape his art, the role theater has played in his healing, and how she continues to inspire him in his craft, close to 10 years after. His words are both moving and inspiring on many levels, and remind us of the hope that is always possible, and the light that returns when the darkness has passed.

Tell me about how you coped during the first few years after KC’s loss.

I feel like I lived life to the fullest with my sister. We shared everything, so looking back, there was no shouldawouldacoulda that kept me stuck in the past. If anything, it was the thought of a future without her by my side physically. But what really got me through the grief was knowing that from the ashes of her passing rose not just one but several phoenixes that kept her memory and her legacy alive.

For one, our family put up the KC de Venecia Foundation for Arts and Sciences. Second, there’s the burn unit in the Philippine General Hospital (PGH), and third, there is the KC de Venecia multipurpose hall at the Haven for Women. For me, it was that realization that life is too short for you not to shoot for the stars and reach for your dreams.

How do you think your loss has shaped your artistry?

It’s influenced me tremendously. Grief is a mark you carry for the rest of your life. It’s influenced my choices in material, and even more than that, my worldview. Very much like the theater of the absurd that espouses that life is, in fact, short and fleeting. One might wonder, why live when in the end, we are all going to die? But it’s hardly the destination, but the journey. It’s about how true imagination, freedom and liberation can arise from the acceptance of our humanity, our finiteness, our perfect imperfections.

How does KC live on in the work that you do?

KC is my Dani Girl. She is the reason why I do what I do—I may not be so conscious about it all the time. But she lives on through me, through my pursuit of my dreams that are firmly rooted in the arts. There was a moment during rehearsals of “Dani Girl” when everything fell into place, from the music, to the choreography, to the blocking, and I thought, wow, this show will really touch a lot of lives. I think we have something good going here. And I started to well up as my eyes closed.

And then in the abyss, in the darkness, I saw a light at the end of the tunnel. I saw my sister KC again. I didn’t want to open my eyes anymore, but the rehearsal ended and my actors were waiting, puzzled but also moved and equally impassioned. I told them that through their performances, their generosity, their courage, I was able to see my sister again.

The experience of directing “Dani Girl” must have been pretty challenging. The themes of death and loss are predominant. How did you deal with that as a director, as someone who has personally experienced the loss of a loved one?

I feel that “Dani Girl” is everything it claims to be—a musical good for the soul. It is nourishing to go through this process— subjecting yourself to the remembrance of something that may have been painful or seemingly insurmountable. But it’s good to be confronted with your personal history and your humanity every so often, and remember what, in this day and age of social media, can easily be forgotten.

In what concrete ways has art helped in your grief process?

Art definitely has healing capabilities. I don’t have any scientific explanation for it, but finding myself in the theater after KC had passed, I found myself more alive than I have ever been. It’s that realization that one must live in the now, and live life to the fullest. It’s being true to oneself and recognizing our emotions, failures, feelings and faculties, and working with what we have in order to move past or create something that we aspire to become.

Theater was a good outlet for me to process my grief—it allowed me openness in that I was able to, and am able to continue to share my story, KC’s story through my work with “Dani Girl.”

“Dani Girl,” an Off-Broadway musical good for the soul, runs until July 27 at the RCBC Theater, Makati. Call 0917-8908633; visit  www.thesandboxcollective.com.