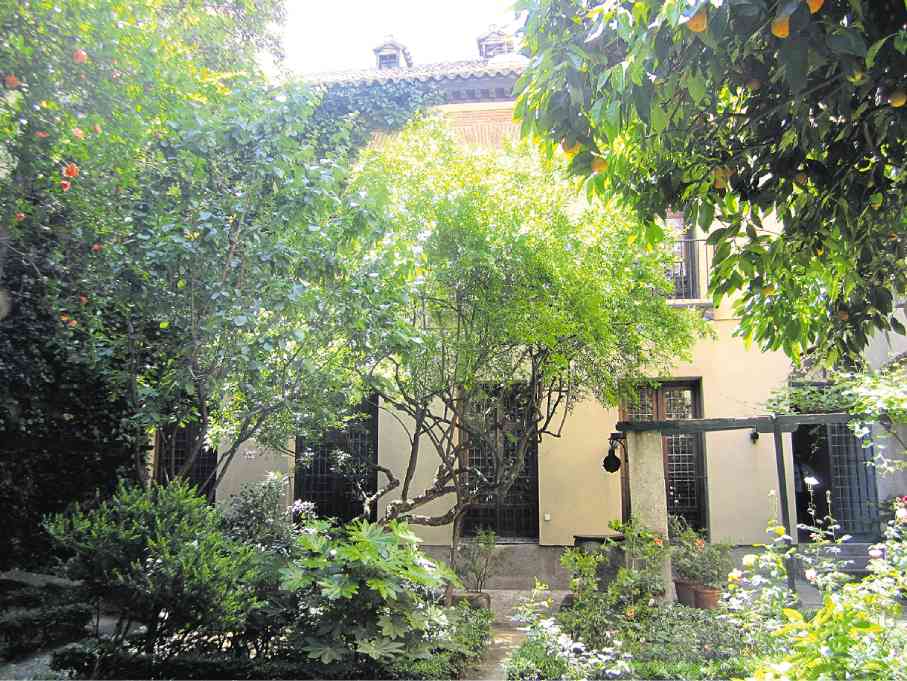 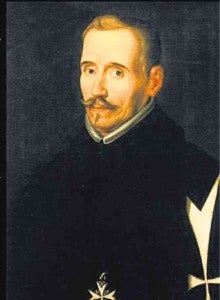 At Madrid’s Barrio de las Letras (Village of Letters) is an unpretentious, two-story, brick townhouse in the typical early-17th-century style. It was purchased by playwright Lope de Vega in 1610 for 9,000 reales (old obsolete currency).

The Casa Museo at 11 Cervantes St. is where he lived until his death on Aug. 27, 1635, whereupon it was declared a National Monument. It had since been painstakingly rebuilt and restored, upon his death in 1973,  and in 1990, retaining, however, its original blueprint.

All we knew of him was that he was a famous writer, second only to Miguel de Cervantes of “Don Quixote de la Mancha” fame. A guide led us through the second level (six persons at a time so as not to deface or put undue pressure on the creaking floors), and opened to us the amazing life of a genius—controversial, philandering, temperamental, an artist  nonpareil,  having written his first four-act play at age 12, and finished close to 2,000 plays, a record yet to be broken by anyone.

Of course, such a person would be prone to strange behavior. One oft-repeated anecdote is of his having written insulting poems about a former girlfriend who left him for a rich man. This induced the ire of the girl’s father, a prominent resident, who had him banished from Madrid for eight years.

Another is of how he asked to be ordained a priest after the death of his second wife, despite his philandering nature, and strangely enough was conferred his request. He was given to acts of inconsistency, “Bipolar” they would call that nowadays; during his time he was simply weird. A most engrossing part of his literary life was the purported rivalry between him and Cervantes. It is possibly divine providence that led De Vega to live on this street honoring his rival.

What brought about this rivalry, one may ask, when both excelled in different genres? De Vega was a playwright. Cervantes, a novelist. De Vega is called “the Spanish Shakespeare.”

One paper examines the unsolved mystery surrounding Cervantes and the real identity of Alonso Fernandez de Avellaneda, who is said to have authored a fake second part of “Don Quixote.” Who was this man, and why did he engage himself in such a fraudulent undertaking? 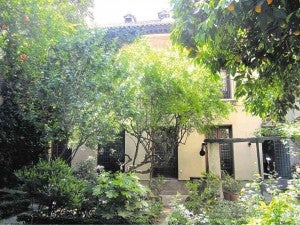 One of the few undisputed facts about Avellaneda is that he was, in the words of a distinguished Spanish philologist, “un ferviente admirador de Lope de Vega” (an inveterate De Vega admirer). One good outcome of this, though, is that it pushed Cervantes into completing his own Part 2 of “Don Quixote.” But it never answered the suspicion that Lope had encouraged the writing of it.

Both Cervantes and De Vega, however, started off as cordial acquaintances, if not friends. In 1602, Cervantes even wrote a sonnet prefacing De Vega’s “Dragontea.” Yet in 1605, De Vega would speak harshly of Cervantes.

Reports claim the discord began in their common love for the comedia. Lope was proud of his comedias. It was from them that he was known everywhere in all levels of Madrid society and where he earned a lot of money.

In a study on the history of the Spanish theater, it is claimed that Cervantes viewed De Vega’s reputation as unfairly won. “We can see that Cervantes felt deeply his own lack of success as a playwright. The acclaim he wanted and felt he deserved was going to someone else, to Lope de Vega,” states one paper.

Cervantes’s feelings were apparently transposed cleverly through his works, often in “Don Quixote” where “Cervantes praises Lope’s ability but attacks his works, all but openly accusing him of selling his art for money.”

This trait he shares with William Shakespeare, who apparently also openly declared he wrote for money. There are many other similarities both playwrights share. De Vega was born in 1562, Shakespeare in 1564. De Vega started his career in 1585, and Shakespeare in 1586. 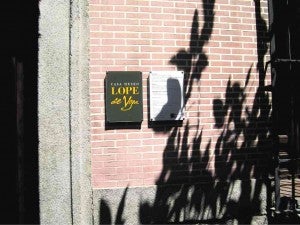 Both never enjoyed the patronage and aid of their kings and queens. (In the case of Shakespeare, he did not get royal favor perhaps because he remained a Roman Catholic, as some scholars now claim.)

Neither one seemed mindful of the glory reaped in the field of drama. Neither took to editing or revisions of his plays. Of Shakespeare, it is said that “after his plays had answered their purpose on the stage, he seems to have been utterly reckless of their fate.”

Going back to the De Vega-Cervantes rivalry, another area in which Lope might have felt himself alluded to and attacked by Cervantes was in his personal life. The primary theme of Part I of “Don Quixote” is “the proper relations between the sexes; where honestidad (decency, uprightness) is repeatedly praised.”

A visit to the Lope de Vega Museum offers a unique overview of everyday life during the 17th century.

It is a trip back in time, with the rooms displaying period furniture and interesting features such as whale-oil lamps and pans used to warm the bedsheets; heavy wooden shutters and beamed ceilings; the bedroom of his two daughters; the kitchen; the oratory he had built after being ordained a priest; his small bedroom facing the altar where he would pray daily.

There is also the book-lined study where most of his plays were written.

At the back of the house are the same orange trees and flowering shrubs, and a well described in the writer’s journals. Over the house entrance is an inscription in Latin, “Parva propia magna, magna aliena parva,” meaning “what little I have is much; what much others have is little.”  The house is open daily, 9:30 a.m.-2 p.m. except on Sunday, and the month of August, with 2 Euro as entrance, and none on Saturdays.

All these original mementos of his past are important reminders of his inordinate talent. Yet nothing will ever equal his written legacy, the many brilliant works he has left behind.

We walk back another few blocks to his burial spot at San Sebastian Church, where a simple dedication is written on the wall tablet: “Lope de Vega, Distinguished Poet and Father of the Spanish Theater.”