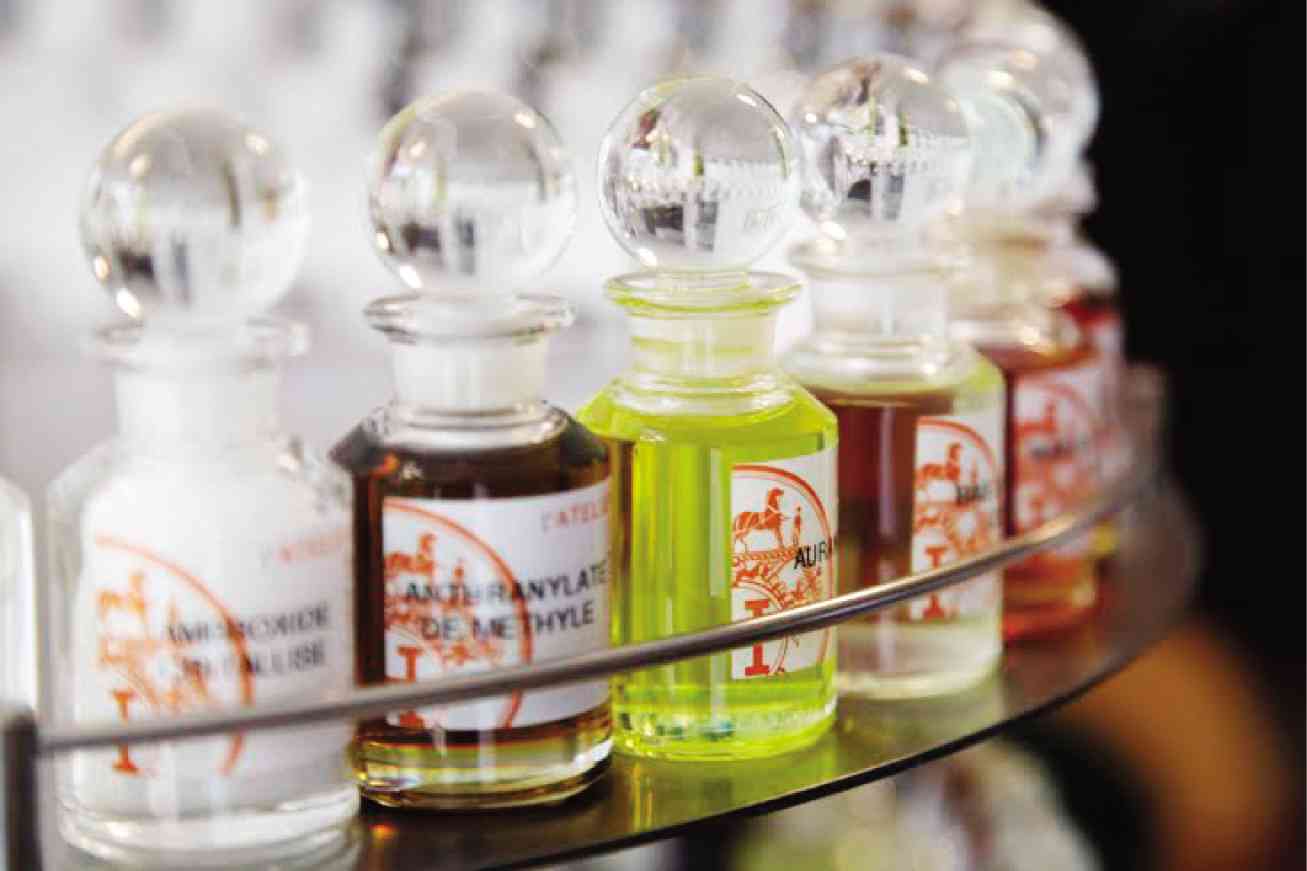 TOOLS of the perfumer’s trade, at Hermès

Hermès to expand its boutique in Makati

Jean-Philippe Collin had good reason to feel upbeat at the Manila launch of Hermès’ latest fragrance. Even with poor sales across the luxury industry, the brand fared well in the first half of 2014, according to the French company’s Asia Pacific regional director.

“Hermès posted a growth of 13 percent for the first two quarters, against 6 percent for the entire industry overall,” Collin said at the launch of a new men’s fragrance, Terre d’Hermès Eau Tres Fraiche, at New World Hotel in Makati City on Thursday.

“Of course, some segments suffered, like the watches, since sales in China have slowed down,” he added. “But we’re looking into growing new segments, which we will be introducing to your market in the coming months.”

Collin is referring to Hermès’ new bath and body line, Le Bain, which will debut here in September, and a home fragrances range that will be launched in the last quarter.

Hermès country manager Mario Katigbak was equally enthusiastic to report that Hermès’ sales in Manila have not been affected by the political scandals.

Though he declined to discuss growth figures, “it got better, on the contrary,” Katigbak said. “I think it’s because the market has matured. When we opened in late 2009, everybody just wanted a bag. Now they’re buying into the lifestyle.”

The brand’s shoe collection, for instance, is doing “very well,” he added, while the demand for bags is “still there.”

Hermès recently unveiled its fragrance counter at Rustan’s Makati and Shangri-La, and similar ones will open at Rustan’s Cebu and Alabang.

The brand will launch a couple more additions to its fragrance collection before year-end, including the No. 12 scent for the exclusive Hermessence line, according to Sylvie Bos, Hermès Parfums area sales manager.

It’s being marketed as a men’s fragrance, but women at the launch responded enthusiastically to its vibrant citrus opening (bitter orange) that it could well pass for a unisex scent—“To Share,” in Hermès parlance.

Its dry down, however, is woodsy (cedarwood and patchouli) and undoubtedly masculine, like smelling a man’s skin on a woman. It comes in an understated white-capped clear glass bottle, 125 ml EDT spray.

Previously supplied only to exclusive five-star hotels, Hermès’ expanded bath and body range will be available in the Greenbelt boutique next month. It will include soaps, hand and body foaming gels, hair and body shampoos, moisturizing balm for body and face, and body lotions. Based on Ellena’s popular Les Colognes and Le Jardins collections, the range will have a total of nine scents, said Bos.

The soap bars, in sets of three, are customizable and are predicted to be choice gift items—affordable but come in the coveted signature orange box.

The home fragrances will consist of perfumed candles and the like.

As proof of its buoyancy in the country, Hermès will soon expand its existing boutique in Makati, to open late next year.

Last month, it was reported that global luxury industry leader LVMH shares fell by 7.2 percent, thus affecting other power players. The poor showing was blamed in part on sluggish sales in China as the country clamps down on corruption.

Hermès, it seems, is unperturbed by the bleak scenario.

“Our ready-to-wear is doing well, and we’re growing other segments,” Collin said. “In the first two quarters, we did well.”