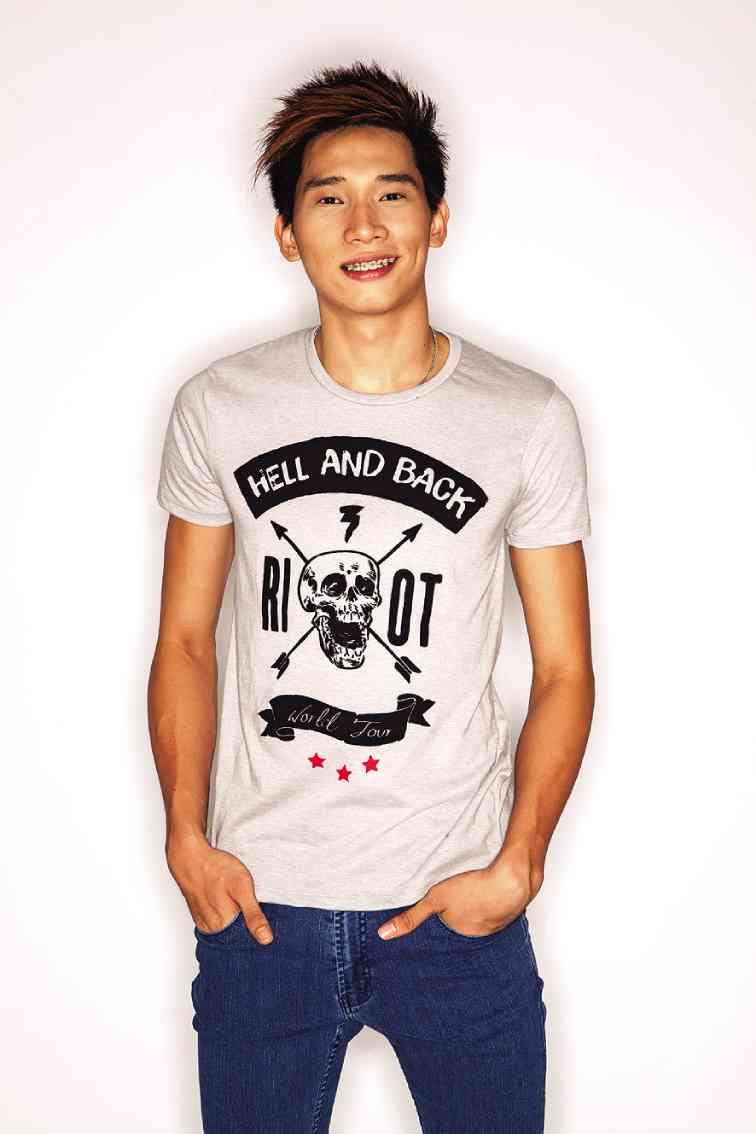 ‘You can’t succeed alone and overnight’

Peter Den Mar Torres still remembers the disappointment when his first basketball team failed to make it to the 2010 Palarong Pambansa in Tarlac.

Then he got into volleyball—putting in a lot of hard work in the process.
In only five years, the 6-feet-3 Torres rose to become one of the top volleyball players in the University Athletic Association of the Philippines (UAAP).  He is a senior Hotel and Restaurant Management student at the National University (NU).

Peter grew up in Leyte with his siblings, with only their mother looking after them. His mom was strict but, he now says, they were close.

Peter’s father was a table tennis player. But it was only Peter, in the family, who’s keen about sports.

He recounts that it was in the 2010 Palarong Pambansa when a coach from NU saw him and offered him a slot in the NU volleyball team. He was hesitant at first.

“I was a basketball player, so moving to volleyball was a bit off for me. But there was nothing wrong in trying, so I grabbed the opportunity,” he says.

For Peter, it is all about dedication and love of sports that can make one succeed. He recalls that the road to the championship in season ’76 of the UAAP men’s volleyball tourney was not easy.

“We learned the hard way. From seventh place, we worked our way up to finally clinch the championship,” he says.

He was also in the national team that represented the Philippines in the 2014 Asian Men’s Club Volleyball Championship in Manila last April.

“It was still the UAAP season when I, along with my teammates, tried out for the men’s team that they were forming for the Asian Men’s Club Volleyball Championship. The school’s management didn’t allow us at first, but I couldn’t let go of the chance to represent the Philippines,” he says.

“Countries like Qatar and Iran were the strongest in the league. It was exciting and overwhelming to be able to fight Asia’s strongest team,” Peter adds.

Listen to the coach

“You can’t succeed alone and overnight,” he says.

The most important thing for Peter, along with training hard and being dedicated, is listening to his coach. He looks up to his coach, Dante Alinsunurin.

“He inspires me a lot. My coach is a really good player. He always motivate me to do my best and never give up and settle for less. And since we are both middle spikers, I look up to his skills and techniques in playing,” he says.

“My coach believes in me. And I, in return, believe and execute what he wants me to do,” adds Peter.

He knows how much his coach drives him to succeed. He says that it’s in learning that one becomes a good athlete. And for him, luck alone will not spell success. It’s important to train harder and push yourself as much as you can.

While in the spotlight of the UAAP men’s volleyball tourney, he dreams to become an international or guest volleyball player in foreign teams.

He sees a bright future in men’s volleyball. With a growing legion of volleyball fans suporting it, he believes volleyball will be bigger in the
coming years.

“I think the future of men’s volleyball in our country is really promising. Because now you can see that a lot of companies are starting semi-professional leagues which did not exist before,” Peter says.

With one more year in NU, Peter assures his fans and supporters that he will give his best in UAAP season 77.

“I will show them what I can do for my team. I will give my all since it will be my last playing year,” Peter says.

“And it’s better to end your UAAP career with a championship title, right?”