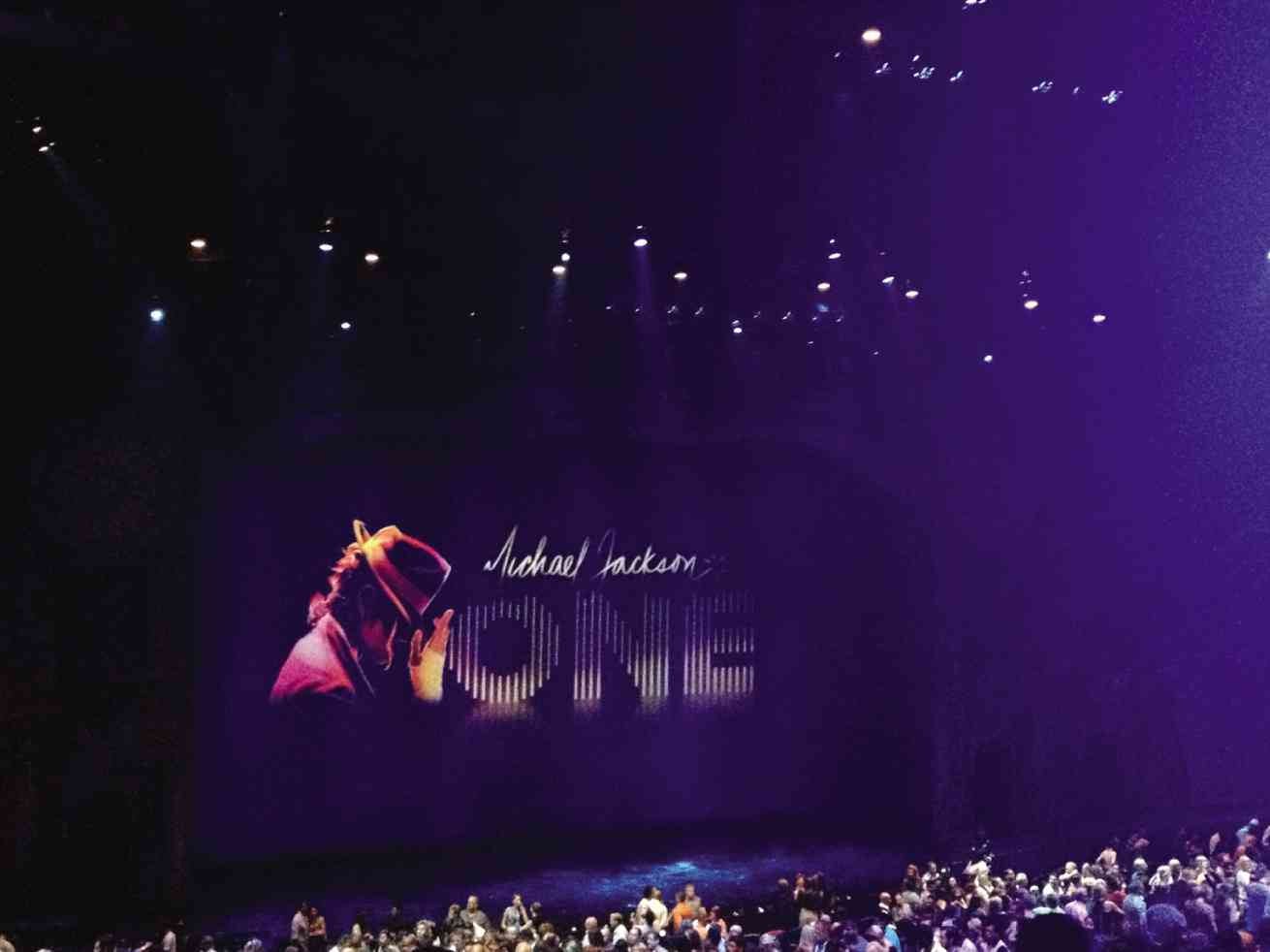 CIRQUE du Soleil tribute to the King of Pop

I am a diehard fan of plays and musicals. I remember lining up at half-off ticket booths in the morning to score the best tickets for shows, and then running from one theater to another all in a day around West End and Broadway.

During a recent trip to the United States, I caught these three shows—but this time there was no marathon from one theater to another.

My sister and I had been wanting to catch Celine Dion live in Las Vegas. But to our bewilderment and great disappointment, tickets were sold out even though the show had been running for years!

So we ended up watching David Copperfield. I barely recall anything as a little kid when I first saw him perform in Manila—though I remember lots of smoke and things disappearing and then reappearing.

The magician’s show was at the MGM Grand in Las Vegas.  The bar-like theater had such an intimate ambiance that while waiting for the show, I was scared thinking that Copperfield might just pick me as a volunteer onstage.

Thank God I wasn’t picked.  I was expecting the typical tricks—rabbits appearing, doves flying, flowers popping out or people changing clothes. But there was none of that.

Balls or saucers were thrown to the audience to choose “lucky” participants. It almost felt like I was at a noontime game show.

There was even an e-mail sent to the audience on the outcome of a certain trick, even before the act began.

But for me, the biggest revelation was Copperfield’s wit and humor. He opened the show with a bang—appearing out of thin air on a motorbike.

A guy came in late and and walked in front of the stage, unaware about Copperfield’s grand entrance. So he asked the guy in an astonished voice: “How could you miss my awesome entrance?”

The guy just walked to his seat with a poker face amid the laughter of the audience.

Then, in the middle of the show, another guy walked hurriedly out of the theater—to Copperfield’s dismay. He shouted at him, asking just where he was going.

But the guy just rushed out without minding him. With a naughty smirk on his face, Copperfield teasingly concluded that the guy must have had some pressing “personal business” to do.

Blink of an eye

Don’t look for grand magic tricks with lots of smoke and sparklers or some sexy women assisting Copperfield. But expect lots of audience participation.

He ended the show by making 13 randomly chosen audience members disappear on stage and reappear at the back of the theater in what I believe happened in the blink of an eye.

Then, as we were going out, he made a funny announcement that the 13 people would join his tour for the next five years. So their companions should not worry if they can’t find them.

A trip to Las Vegas isn’t complete without watching a Cirque du Soleil show. My sister and I decided to catch its tribute to Michael Jackson.

The show, “One,” was at the Mandalay Bay. Upon entering the theater you are greeted by Michael Jackson-clad ushers and paparazzi. As we got to our seats, the paparazzi went around and took snapshots of the audience, putting us in a lively mood.

I was expecting a lot of wild, acrobatic stunts that would make you sit at the edge of your seat—just like the other Cirque du Soleil shows I’ve seen.

But this one had a lot of stunning dance choreography on the floor, on the walls and even on the ceiling—with the famous Michael Jackson moves.

It was like watching a Broadway musical with acrobats and a whole lot of fascinating technical effects such as using LED lights on the dancers.

I couldn’t help singing along and tapping my feet while enjoying the King of Pop’s classic hits like “Man in the Mirror,” “I’ll Be There,” “Thriller,” “Billy Jean,” “Beat It” and “You Are Not Alone,” to name a few.

There were MJ fans who couldn’t resist standing, putting their hands in the air and clapping to his well-loved songs.

There was standing ovation with glowing fireworks at the end of the show. A part of me was regretful not to have watched any Jackson concerts in the past.

I’m a big fan of Cirque du Soleil, but even if there weren’t as many stunts as I wanted, here was something truly amazing, a Michael Jackson show that was a tribute and also a party that celebrated his music and career.

I’m also one of the curious buyers of the “Fifty Shades of Grey” trilogy, going from one bookstore to another in a day just to complete the series. I was just so intrigued about the big fuss about this book that I finished reading it in one weekend.

When my sister, who lives in the Bay Area, told me that “50 Shades” the musical was showing on a limited run in San Francisco when I visited her, it was something I couldn’t miss.

I wanted to watch, especially since publicity for the movie scheduled for release next year was in high gear.

When we got to the Marines’ Memorial Theater just off San Francisco’s Union Square, I missed the detail that it was a musical parody. But nevertheless, I was still excited to watch this musical.

The show starts with three  middle-aged American mothers who have a book club. Their book choice for the week was “Fifty Shades of Grey.”

Eroticism was prevalent throughout the show—from the backup dancers, to a woman in a bustier, to a man with bare, well-chiseled chest, to Christian Grey’s red-hot wrestling outfit.

There were characters that surprised me as they did not look as how I imagined them to be.  But they still stayed true to their characters’ personality as well as the storyline.

My cheeks hurt from all the laughing at songs performed with such titles as “I Don’t Make Love,” “There’s a Hole Inside of Me,” “Red Room of Pain” and “How Much Can I Take?”

The production added local touches into the lyrics of the musical numbers, including San Francisco’s well-loved chocolate brand, Ghirardelli.

It even spoofed scenes from “Phantom of the Opera” and “Les Miserables, brilliantly connecting them to “50 Shades.”

The finale was a burst of make-believe body fluids sprayed all over the theater instead of confetti.

The audience reaction was a big factor that made the show hilariously sexy. Behind our row was a group of 11 girlfriends with the loudest laughter and entertaining comments.

It was a perfect girls’ night-out for yuppies as well as silver-haired women. But it would be fun, too, to watch the show with a boyfriend or husband and see them squirm from embarrassment.

I’m challenging promoters to bring this show to Manila. I can imagine the Filipino actors who could be in the cast of this musical parody.

There would be no more hiding reading the book on iPads or Kindles, because laughing out loud in a women-dominated theater would be so much more fun.

The movie is also worth waiting for.