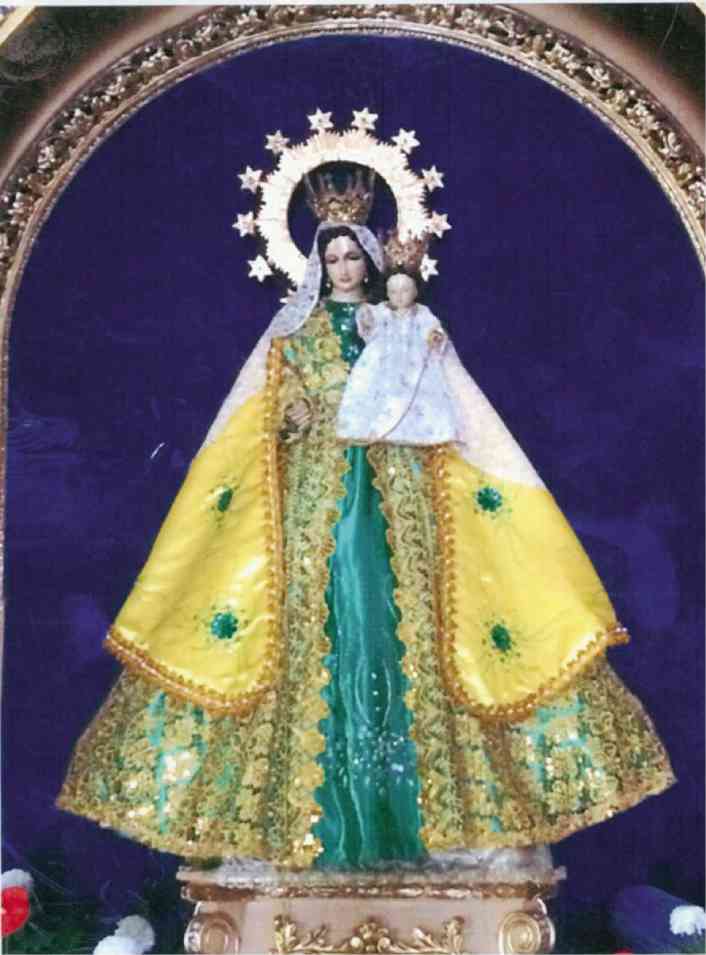 OUR LADY of Salvation in the Parish church in NDC Compound , Anonas Street, Sta. Mesa, Manila, celebrates feast on August 16, 2014.

Monsignor Leonardo Z. Legaspi, OP, the archbishop emeritus of Nueva Caceres (Naga City) and the highest-ranking Filipino Dominican ecclesiastic, died last Aug. 8—feast of St. Dominic, founder of the Order of Preachers, or the Dominicans. He will be buried on Aug. 15, feast of the Assumption.

Legaspi died after a long battle with lung cancer last Friday. As archbishop of Naga City from 1983-2012, he promoted the annual Peñafrancia fiesta and the devotion to Our Lady of the Rosary (it is said that Our Lady gave the rosary to St. Dominic for the Dominicans to promote) and was in constant dialogue with then mayor Jesse Robredo on church-local government issues.

Diagnosed with cancer in 2009, Legaspi reportedly prayed to the Peñafrancia that he would continue to live so he could preside over the 300th anniversary of her fiesta in September 2010.

Legaspi achieved a series of firsts in his life. He was one of the founders of the Philippine Dominican Province and was the first Filipino rector of the University of Santo Tomas (UST). A priest-scholar with an MBA from Harvard University, he was elevated to the altar as auxiliary bishop of Manila. In 1983, he was named archbishop of Nueva Caceres, one of the four ancient dioceses of the Philippines, along with Manila, Cebu and Nueva Segovia. He was replaced in 2012 by Archbishop Rolando Tria Tirona.

Legaspi’s remains now lie in state at the UST Santisimo Rosario Church in Espana, Manila until tomorrow, Aug. 11; after which they will be transferred to the Basilica of Penafrancia in Naga City, where they will be exposed for public veneration, until Aug. 13.

Fr. Roy Rosales writes from Pateros to inform us about the bicentennial of San Roque Church on Aug. 16,  with Pasig Bishop Mylo Hubert Vergara celebrating Mass at 5:30 p.m.

“By the grace of God,” Father Rosales said, “our  parish of San Roque is now 200 years old—1815-2015! I have never really imagined that I will have the honor and  privilege of being the pastor of this parish on its bicentennial year.

“The parish itself will not be  what it is today without the zeal and  dedication of the former parish priests and the love and cooperation of the people of God.

“In celebration of our bicentennial,” wrote Father Rosales,  “we have revived our official parish newsletter, Ang  Tinig ni San Roque. The  parish is so glad that we have this again to give us information about what is going on in our parish. Thank you to our editorial staff for all their efforts.”

Incidentally, the church is also the Shrine of Saint Martha.

Bishop Broderick Pabillo will begin the Novena Masses on Aug. 7 at 6 p.m.,  while Msgr Hernando Coronel will say the fiesta Mass on Aug. 16 at 5 p.m.

On the occasion of his 18th sacerdotal (or ordination) anniversary  on Aug. 17, Fr. Floyd Codog  will welcome the pilgrim image of Our Lady of Manaoag on Aug. 15 at 3 p.m. in his Parish of Our Lady of Lourdes in San Manuel, Isabela.

The Confraternity of Mary Mediatrix of All Grace is sponsoring a free retreat for priests, Aug. 11 to 15, at the Capuchin Retreat House in Barangay San Sebastian in Lipa City.

The Franciscan Conventuals at the St. Maximilian Kolbe Seminary in John Paul Street,  Multi-National Village will celebrate the feast of the saint with reflection on the life of the saint at 3 p.m. to be given by Fr. Jude Winkler, OFM Conv.

Earlier at 1:30 pm, those who wish to become members of Militia Immaculata will be given orientation.

There will be a Holy Mass at 5 p.m., followed by the imposition of the Miraculous  Medal on new members.

Mission for the deaf

Richard Brown, president and Chair the Starkey  Foundation, was recently in town for the foundation’s mission for the hearing impaired in  in Lipa, Payatan and Batangas City in Batangas province in partnership with the UST Faculty of Medicine and Surgery represented by Dr. Salve Olalia, director of the UST Health Services.

Nowadays, some spouses are disillusioned or bored with their marriage, anxious about the communication gap, and do not know how to recharge or save their marriage.

Many couples whose marriages are on the rocks think their only option is either separation or a life of misery.

Retrouvaille offers a third option. The Retrouvaille Weekend Program has healed many troubled married couples who have attended its weekend program. Ongoing is a marriage seminar  until today  in Tagaytay.