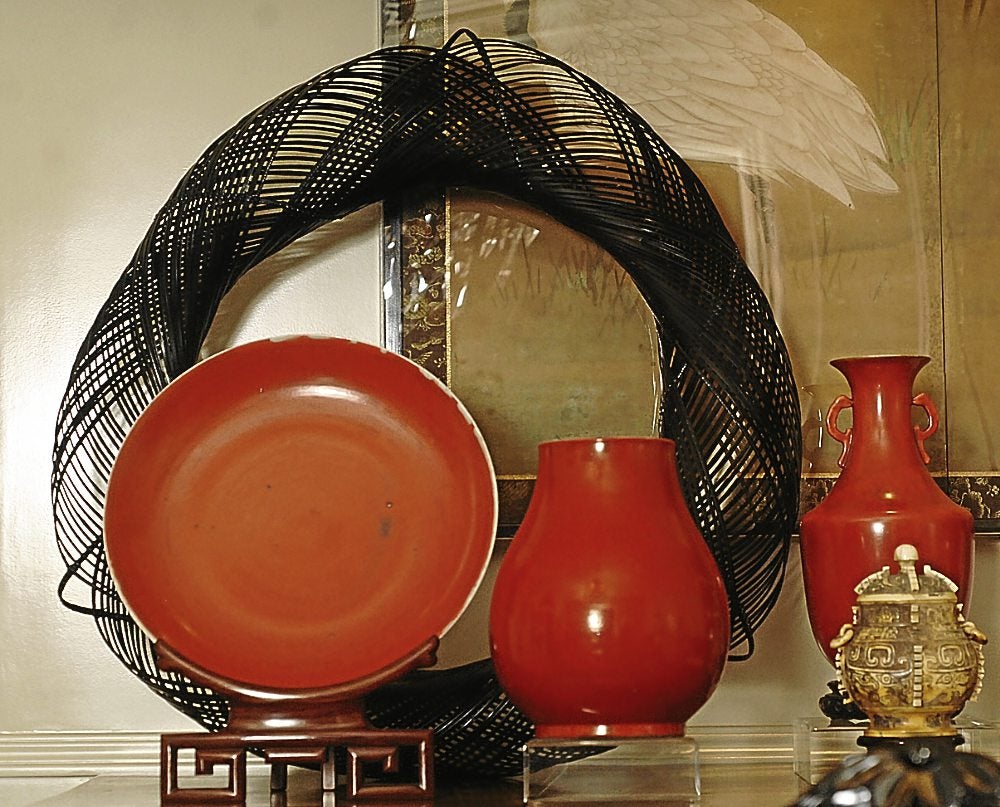 Kaye Tinga and Andy Vazquez-Prada team up for ‘conscientious luxury’ 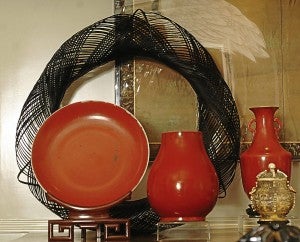 Putting together an outfit comes second nature to Kaye Tinga, who often lands on the best-dressed list of style glossies. In contrast, this mother of four has always considered home decorating a weak point.

For years, she has been consulting Andrés “Andy” Vázquez-Prada for her home-decorating emergencies. This was when he was curator and buyer for the Home division of Rustan’s.

That was how their friendship started. He has been her go-to guy when she’s entertaining. (She is married to Taguig 2nd District Rep. Freddie Tinga, also a former mayor of Taguig.)

“With clothes I have no problem. But with the home…” she trails, rolling her eyes. “I always called Andy for help,” she says of her friend. “Like for a buffet table, I’d just set up the chafing dishes. He would put all these large stones. I would never think of using stones! I wouldn’t know how.” 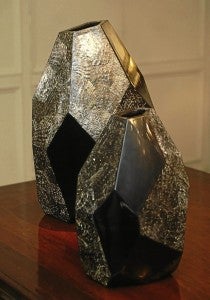 Later this month, Tinga and Vázquez-Prada are unveiling W/17, their home store in Makati that will, in his words, “serve things on a silver platter” for customers who are clueless about how to style or add character to their homes. It’s named after their address, Warehouse 17 (2241 Pasong Tamo Ext., La Fuerza Compound, Makati).

While their business partnership was forged only this year, shortly after he left Rustan’s, where he worked for seven years, a store like W/17 has been a longtime dream for Vázquez-Prada, who studied interior design at Philippine School of Interior Design and interior styling in London’s Central Saint Martins.

He recalls that on buying trips overseas for Rustan’s, he would see all these beautiful things made in the Philippines but were not available here. “All we had were the [touristy handicrafts],” he says. “I also had my own [design] ideas but they couldn’t happen in a department-store setup… All the good ideas that couldn’t go forward before are happening now.”

A lamp, for instance, may come from different suppliers—the electrical wiring, the fabric, the shell work “because I want everything perfect,” he says. For his training in retail, he gives credit to Rustan’s, especially to Nena Tantoco whom he considers one of his mentors. His taste, he says, was largely influenced by his mother Maricris.

Vázquez-Prada and Tinga are working with local craftsmen for 60-70 percent of the W/17 merchandise, from handwoven fabrics to custom-designed dinnerware and glassware and other home accessories. It will be “luxury without the cost of luxury,” as Tinga puts it.

“That’s why I liked to work with Andy, because he’s not all luxury and expensive,” she says. “It’s how you put it together. It’s like clothes, they don’t all have to be designer. If you know how to mix and accessorize, it’s the same thing… His family works with foundations, too, so they know groups who sew and make things. It’s nice to make money, but it’s also nice to go beyond that. It’s nice to be luxurious, but to be responsibly so.”

Vázquez-Prada’s great-aunt was supporting a group of women sewers in Cebu for decades, and has just retired. W/17 took over. The women make dainty, hand-embroidered table napkins and tablecloths. The quality of their work can be mistaken for French linen, proudly says Vázquez-Prada. All products are his designs.

Tinga is also working with other women’s groups, which supply boxes, tablecloths and shell items for the shop. “We’re also making sure we have sustainable sources,” she says.

Vázquez-Prada is especially proud of the glassware made of recycled glass, wine and beer bottles. He calls it “conscientious luxury.” He uses a lot of natural elements like abaca, wood, shells, stones. He prefers textures to prints and is spare with colors. But for accents, he favors shades of orange, aubergine and olive. He doesn’t like objects to be too polished, finding beauty in raw, organic imperfections.

Price points will be democratic, say the owners. The glassware and table linens will be affordable. But there will also be big-ticket items, such as 17th- to 18th-century Chinese antiques.

Antiques give a sense of history and warmth to a home, says Vázquez-Prada. While it will carry some furniture, majority of the merchandise will be accessories.

“People know where to find a sofa or a bed, but it’s the little things that make a difference,” Tinga points out. “It’s the small things that say something about your personality. It’s those little things that we’re trying to fill.” There are items that will fit in mansions as well as in the limited space of high-rise condos. Just don’t expect to find a sleeper sofa here; Vázquez-Prada thinks they’re practical but inelegant. 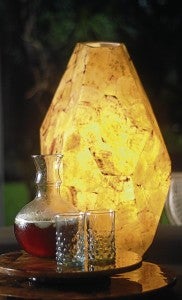 While the merchandise will be predominantly Philippine-made, Vázquez-Prada clarifies that W/17 is not an Asian-theme store. “It’s eclectic,” he says. “It’s a lifestyle, not a theme. It’s really chic, very natural, elegant. Especially now, the trend with all the logos, it’s done; we want to veer away from that. We don’t want what everybody else does.”

The 520-sq-m store is designed by J. Antonio Mendoza, and will look “very Parisian,” with charcoal-gray walls like the Vázquez-Prada home in Makati, also a handiwork of Mendoza. Vázquez-Prada is an admirer of Mendoza’s work. “His taste is excellent. He got me to like modern; I was very classic before.” (W/17 will also have a small cafe.)

W/17 will carry the ultramodern furniture of B&B Italia as counterpoint to the Asian pieces and antiques. “It balances it off,” says Vázquez-Prada. “If everything is modern it looks so cold. Our items are accessories to give your house a sense of balance, value and history.”

He’s not a believer of trends. He, however, espouses updating the look of the home from time to time. “Like fashion, the cuts will change, the colors will change, but it will come back to some things. It comes at the right time, there’s a cycle. When you dress up, you just change your cuts, you don’t change so much.”

As for rearranging furniture, “We didn’t move [the furniture] for 20 years [in our home],” he says. “Some like to change the energy, and that’s okay. For me it was like a thesis and it took so much time to get it perfect. Maybe every two years, you’ll change your fabrics. I know people who have 2-3 sets for the lanai, you change the pillows, the upholstery, to get a different feel.”

He advises those incorrigible hoarders who buy everything at once to take their time. “You don’t want to rush it all and have it de lata. I keep doing things over, changing fabrics until it’s perfect. It’s very hard.”

Vázquez-Prada, who describes himself as an interior stylist, says it’s understood that not every customer is artistic, and that’s where W/17 comes in. “You show them. Serve it on a silver platter. If they want everything [in your showcase], that’s fine. I like to work with customers in terms of what they like, because they will live in that space… There are those who hire an interior designer and never change it. You know it’s really not their hand.”

“It’s nice to work with an interior designer, but in the store we’d like people to interject their own personality,” says Tinga.

But what if the homeowner is, well, baduy (tacky)?

“That’s why they hire you,” Vazquez-Prada says. “You get their preferences but you still do your thing. If they’re really [baduy] then it’s hard. They don’t like your things. You should identify yourself with your interior designer. It’s just like walking into a boutique and choosing the brands that you wear.”