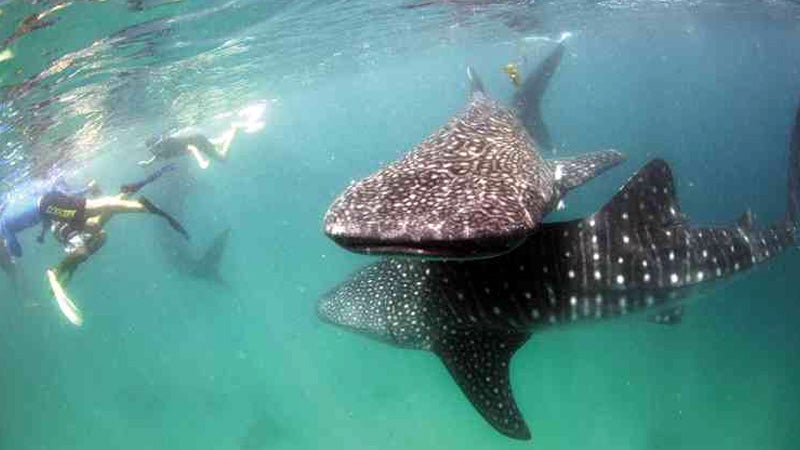 What happens when a luxury maison known for its dressy, elegant timepieces decides to foray into the practical world of sports? It creates a tough machine wrapped inside an enduring design that fits comfortably with a wet suit, a three-piece suit, an evening dinner jacket, and everything else in between.

When Cartier announced last year it was coming out with a men’s diver’s watch, the news was met with skepticism by hard-core sports-watch collectors. But when the Calibre de Cartier Diver finally made its debut, it did not disappoint.

Not only is the Calibre de Cartier Diver constructed in full compliance with the ISO 6425, its movement is also contained inside a slim, 11 mm case, making it one of the world’s skinniest diver’s watches.

While it meets the performance standard of a serious diver’s watch, it is also encased in a handsome, polished case only the French luxury watchmaker can offer.

Its oversized, classic Roman numeral XII, along with dive-time indicator and its sword-shaped hands, are in Super-LumiNova. They are luminous in the dark, reminding you each time you jump into the deep, murky waters that you are, quite appropriately, wearing a Cartier.

“We have made water-resistant watches in the past; some you can take a few meters under the sea, but the Calibre de Cartier Diver is the first-ever professional diving watch manufactured by Cartier,” said Jean-Baptiste Tardy, Cartier area manager for Southeast Asia based in Singapore.

Calibre de Cartier Diver is water-resistant up to 300 meters. Earning an ISO 6425 certification demands for every watch to be independently tested—for resistance to saltwater, for readable time at 9.8 inches distance in total darkness, for shock, magnetism and more—which is the reason there is only a handful of them in the market.

The unidirectional black bezel is in extremely scratch-resistant Amorphous Diamond-Like Coating, giving it its glossy sheen, and is a striking contrast to its engraved, luminous white numbers.

The bezel, developed by Cartier for a year, gives divers precise time up to the nearest half-minute, and accurate decompression stops.

It has a date window on the right and a small seconds sub-dial at 6 o’clock that indicates the watch is still running.

While the Calibre de Cartier Diver is not haute horlogerie or a high-end collector’s item, as a diver’s watch does not require that many details, it boasts of accuracy and reliability with its superb motor.

Following the pedigree of the stylish 2010 Calibre de Cartier (followed later on by Calibre Chronographe), Calibre de Cartier Diver not only owes much of its design codes to its predecessor, it is also powered by the same technology, the in-house 1904-MC movement.

It is precisely its dressy heritage that explains its slim body and timeless design.

“As always, in addition to performance, the Cartier teams are very attentive to details and make sure they design a state-of-the-art movement. This is a self-winding movement whose style has been carefully finished,” Tardy said.

In the Philippines, Cartier is exclusively distributed by the Store Specialists Inc., a member of the SSI Group.

Its director, Maritess Tantoco Enriquez, and her husband Renato, were seen sporting the watch during its evening launch at the Ibiza Beach Club in Cebu City last week.

The trim-looking and active couple, often seen running together during races in Metro Manila, also wore Calibre de Cartier Diver when they swam with whale sharks in Barangay Tan-awan near Oslob, Cebu.

Calibre de Cartier Diver comes with a textured rubber strap, in steel and in pink gold. Tardy said an all-metal bracelet will be coming out in September.

It’s a men’s watch but, like many Cartier timepieces constructed with a fluid sense French flair, it can also be worn by women as an oversized accessory watch. Tantoco certainly wore it with ease and elegance.

“I’m sure our current model will appeal to women as much as to men,” Tardy said.