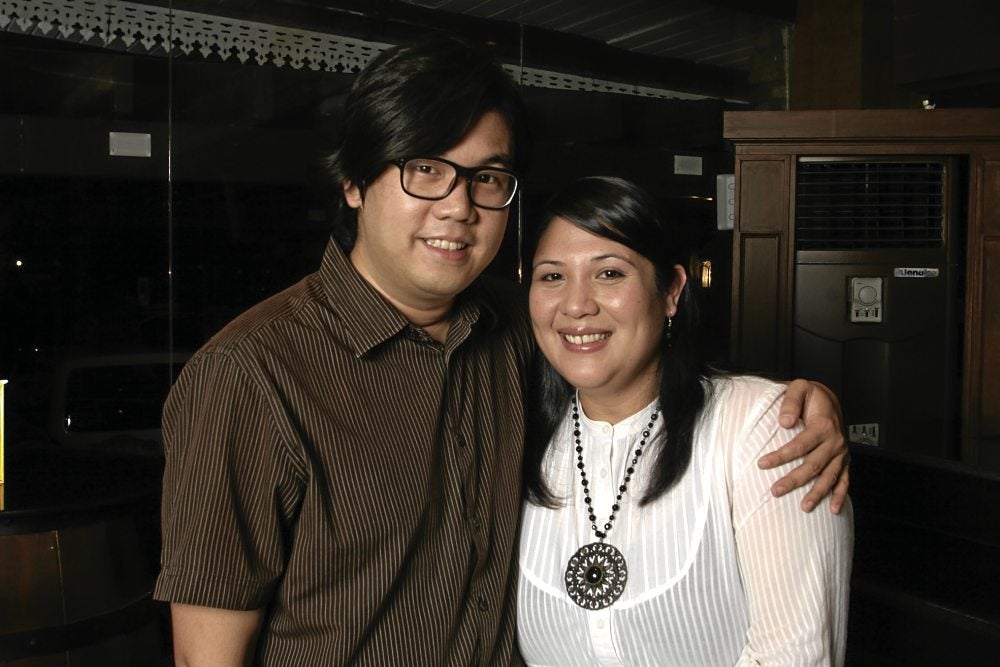 The Spanish restaurant, Dali, is the latest addition to the thriving QC dining scene, especially that area around ABS-CBN. It is owned by a group of professionals, some of whom own a chain of bars. Love for good food by businessmen and executives and a memorable Epicurean tour of Spain motivated them to put up a restaurant named after the Spanish surrealist painter, Salvador Dali.

Executive chef Pia Abadesco Herrera is at the forefront of Dali. She grew up in Europe and studied at the Culinary Arts Institute in New York, and has worked as private chef in America.

Since Dali is a typical Spanish restaurant, tapas or hors d’oeuvres dominate the menu, complemented by the extensive wine selection, or the house sangria and white wine mixed with tropical juices and bits of fruits. There are 21 cold appetizers and 18 tapas calientes (warm appetizers), all of which can be shared.

Expect the staples—asparagus, cheese, mushrooms, omelette and squids. Although the callos  and the lenguas are considered antiquated and no longer served in Spanish restaurants, Dali still offers them since these are familiar to Filipinos. The callos has more paprika than the local version, while the lengua de Jerez is cooked well-done and simmered in sherry for kick.

Lovers of Spanish food will be delighted to find boquerones, pickled anchovy fillets, on the menu. Accompanied with crisp Spanish bread, this appetizer is laced with chopped parsley and garlic to awaken the appetite.  They’re the closest to our kinilaw or ceviche.

The mejillones rellenos, stuffed mussels baked with breaded bacon and cheese, is rich and creamy, and infused with a hint of nutmeg. Empanadillas, dainty, well-browned pastry turnovers filled with chicken, pork and vegetables, are fried to a crisp. The golden brown croquetas, made of chicken, ham and tuna, dissolve on the palate.

Chef Herrera recommends the escalivadas, a pickle of sweet peppers, zucchini and eggplant; chipirones rebuzado or fried squid rings that are tender and not rubbery; and salpicado, tenderloin steak tips marinated in sherry, garlic and paprika.

The repertoire of bocadillos is varied. Bocadillos are long slices of crusty baguette filled with meat, such as tenderloin steak, or vegetables. Instead of spreading mayonnaise on the bread, aioli is served as a side dish. To those seeking the familiar, there is the comfort food bocadillo jamon y queso.  Paper-thin slices of jamon Serrano, air-dried Spanish ham packed with a punch of salty flavor, and the creamy but mildly sharp Manchego cheese are served on crusty bread, moistened with tomatoes.

Foodies will also enjoy the familiar sopa de mariscos, a  stew of fish, mussels and squid, which is lighter than the Spanish version—a heady  seafood bisque of saffron-accented white wine.

Dali’s family-size paella Valenciana is cooked to tradition in a paella pan and made fresh. It’s more of a mixta, or mixture of seafood and meat (the authentic Valenciana is purely meat) blended with saffron-scented, long grain rice. Unlike the Spanish version, which is cooked with a mildly crunchy edge and nutty flavor, the restaurant’s paella caters to the Filipino taste.

“I can’t do it al dente. It’s got to be very tender,” says Herrera. The paella is accompanied with aioli for extra rich taste.

For lovers of lechon, who like the crispy pork rinds with juicy meat, Dali offers the Spanish classic, the conchinillo, roast suckling baby pig. “It’s got to be very tender that you could cut it with a plate instead of a knife,” says Herrera.

The desserts are equally familiar: the velvety flan con naranja, custard cradled by copious caramel sauce and a hint of Valencia. “I had to tone down the richness, so it’s less cloying,” said Herrera.

As a foil to the earthy flavors, Dali offers an elegant sorbet of red and white sangria to cleanse the palate, and luxurious chocolate and cinnamon ice cream, all of which are customized by Xandra Rocha.

The prices are affordable; average prices range from P105 to P285. The big-ticket items are the family servings, such as the pescado de sal (P565), or lapu-lapu, maya-maya or apahap, flavored with tarragon and oregano and baked in its own juices. 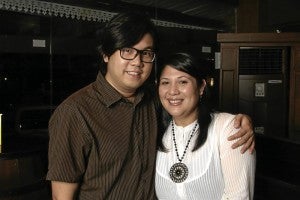