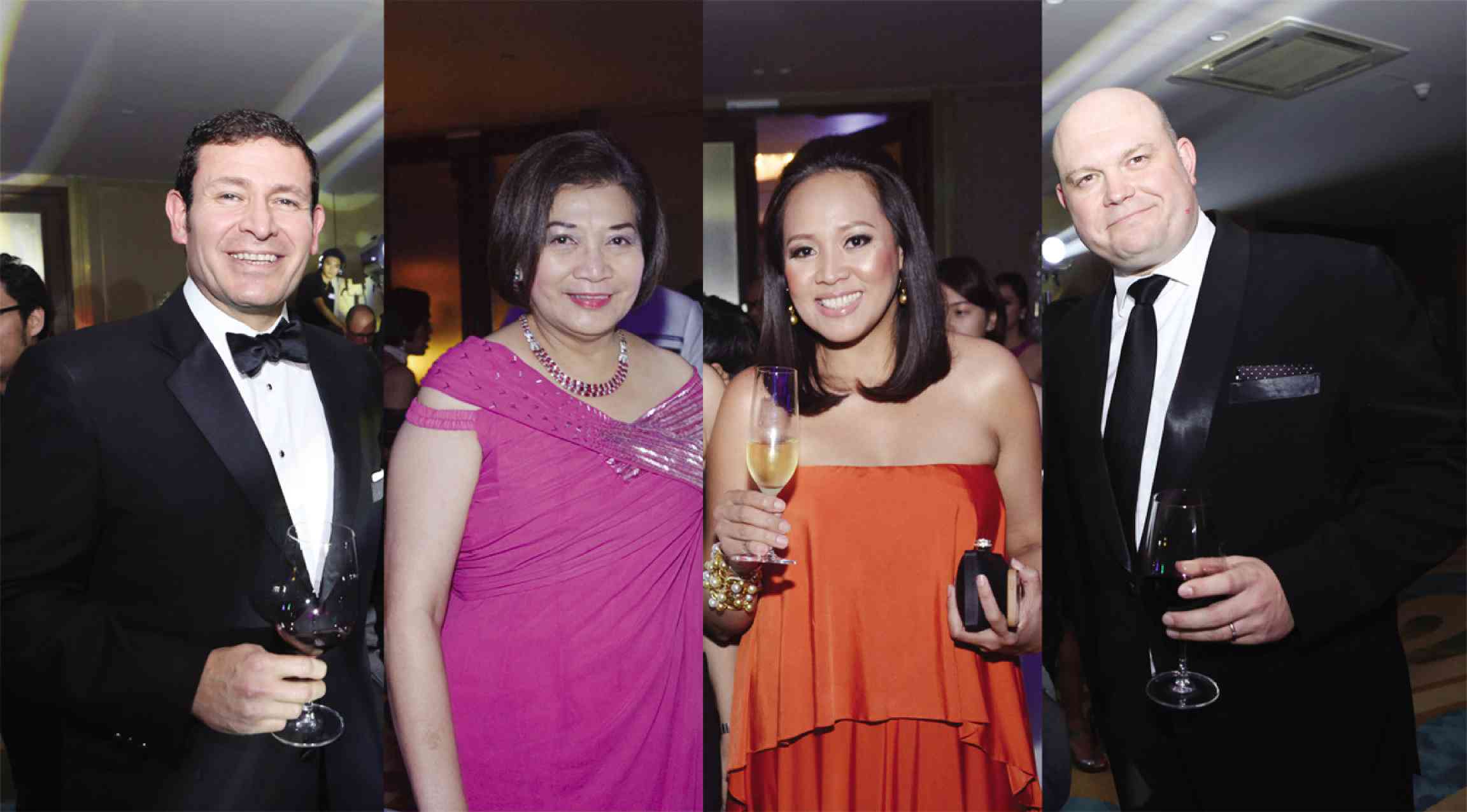 A grand ballroom inspired by Thai arts and culture

On hand to welcome the guests was the hotel’s amiable general manager Alex Willats.

In his speech, Willats said: “The hotel would not be a prominent establishment without the support of its loyal clientele… We will maintain the traditions and the impeccable service we have been known for over the decades, as we continue to nurture our relationships with you. We endeavor to better ourselves… and supplement the hotel with developments that will help us enhance the experience of Dusit Thani in Manila for everyone.”

Everyone was entranced by a traditional Thai Peacock Dance, which later transitioned to an exclusive fashion show by couturier Albert Andrada. His collection was inspired by the exquisite beauty and colors of the peacock’s plumage.

Later on, DJ Mars Miranda played an engaging mix of sounds to represent the dynamic changes that the hotel has undergone.

It is truly an amalgam of elegant form and seamless function.

Shall I see you there soon, palangga?

Some of our town’s gourmands couldn’t wait to go the the popular Italian restaurant Caruso in Makati, especially after its owners, muy simpaticos Dario Gardini and Emilio Mina, got back from a vacation to host a special dinner.

New recipes have been added to Caruso’s superb menu.

Cocktails preceded the meal. Served as appetizers were assorted meats including salami with parmesan cheese, parma ham and mozzarella bologna.

The highlight of this gastronomic gathering was Gardini and Mina receiving a plaque of hospitality certifying the authenticity and quality of food, wine, hospitality and ambiance” from Italian Chamber of Commerce in the Philippines president Alessandro Abbate.

Italian Ambassador to the Philippines Massimo Roscigno was with his wife Agnes.

Star of the night

Fila Philippines was the proud host and sponsor of the gala opening of Red Turnip Theater’s production of the Pulitzer Prize winner and Broadway hit “Rabbit Hole” at Whitespace in Makati.

Cris Albert, Fila Philippines CEO and Red Turnip patroness, walked into the event in a gorgeous Rodriguez and DKNY outfit.

Inside the theater, the audience was encouraged to do a #setselfie photo opportunity on the set care of Mandaue Foam and Smeg appliances.

The unconventional theater setup enhanced the cocktail reception before the play. Nar Cabico provided the music, while Vanna Calalang Severino laid out a sumptuous buffet consisting of prime roast beef with a choice of salsa or French baguette; tuna panini; pork skewer in applesauce; and delectable pasties like cream puffs, caramelized banana, mini brownies and cheesecake.

Everyone got properly buzzed, dahlings.

The star of the night, of course, was Agot Isidro who plays lead character Becca. She was outstanding.