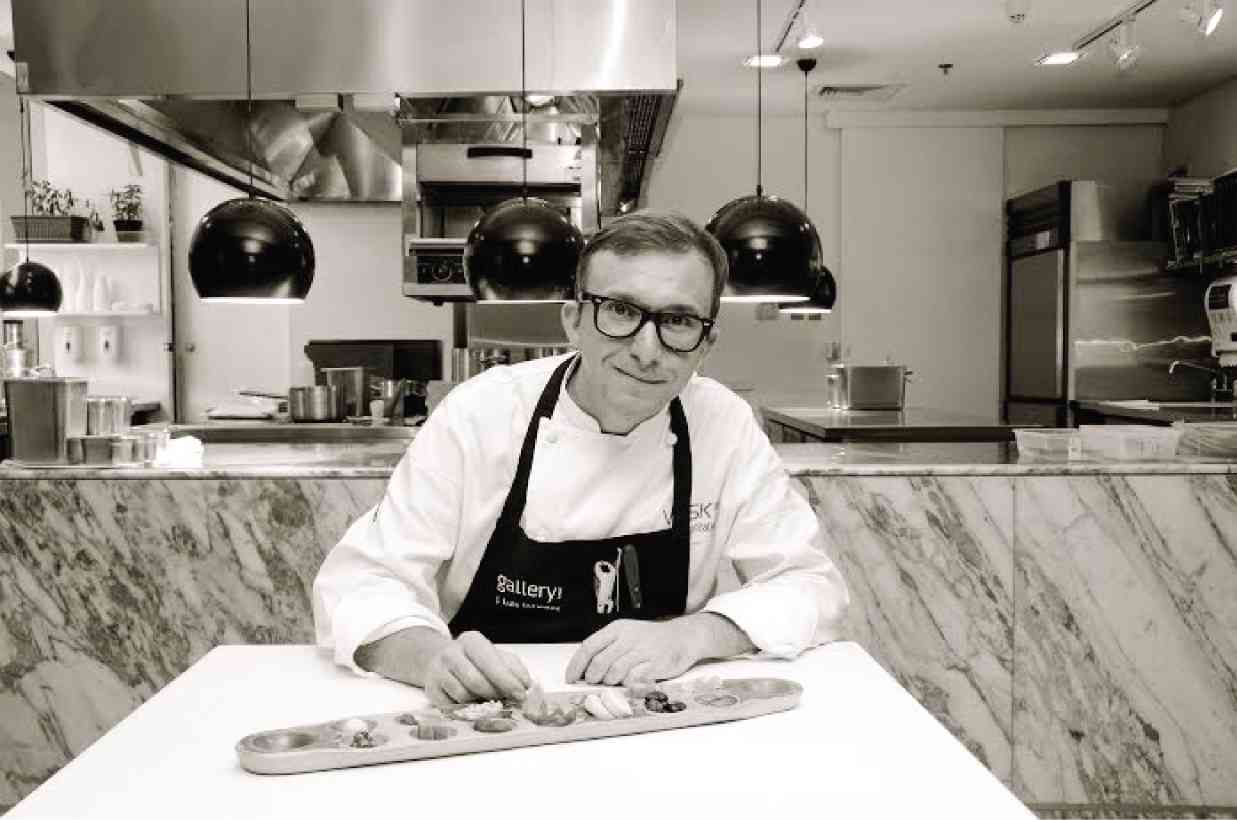 The Filipinization of chef ‘Chele’ Gonzalez

He has also donned the apron for the kitchens of Arzak, Mugaritz and El Cellar de Can Roca.

In spite of these impressive credentials, chef Jose Luis Gonzalez, or “Chele” as he is fondly called, has chosen to spread his wings in the Philippines.

He has diligently presented to the Filipino audience what it would be like to eat at any of the highly respected restaurants he had previously served.

At the defunct Fever Luxe Lounge of Sofitel Manila, where his skills were first demonstrated for the Manila crowd, he presented Ferran Adria-inspired dishes.

And later, while he initially just served Pintxos and hearty sous vide chicken, once the Vask Gallery was launched, he transformed once again from cook to artist, with concoctions such as “beer urchin,” a crazy (in a good way) concoction of foie gras powder that buries urchin (uni) underneath; paper-thin slices of onion called “onion chips”; and Parmesan xiao long bao.

He has been warmly applauded by many a “food critic” and has received two thumbs up from Manila high society. But instead of resting on his laurels, he has persevered to improve himself.

I caught him in attendance at the Asia’s Best Restaurant seminars in Singapore earlier this year, closely paying attention to what Asia’s best chefs—such as Japan’s Yoshihiro Narisawa and Bangkok-based Australian David Thompson—had to say about restaurant trends.

Earlier this year, with chef Julieta Caruso of Mugaritz, he went around the Philippines to personally discover what the country had to offer in terms of ingredients and produce. The result: the Filipinization of Chele.

This was no excursion; it was a real immersion into the native Filipino cooking scene. Julieta and Chele lived in the interiors of Pampanga, made their way to the seas surrounding the Visayas and up the mountains of Bukidnon.

Chele’s travels from north to south made him conclude that the three dishes that best represent Philippine cuisine are:  adobo, which he thinks has a Spanish origin;  kinilaw, which he relates to the Spanish ceviche; and  sinigang, which he believes is the most Filipino of all.

Emerging from these travels, his artistry has evolved so that it now includes culinary gems from our islands. His appreciation for Philippine ingredients has been presented at a degustacion dinner called Kulinarya that is unfortunately long over, although we hope it will be resurrected for those who missed it (hint! hint!).

He has served a balut soup inspired by his tour of Chinatown; an appetizer of eggplants he found in Bukidnon, served with ginger, honey and betel leaves; kinilaw of “uni” that he found in Sorsogon; cochinillo slices with kalibangbang leaves from Pampanga; and Bukidnon Wagyu (Kitayama) with mustasa and chicharo seeds. He has also learned to make cassava the Pinoy way, complete with dayap.

He has even gone local with coffee. “We didn’t know there is so much coffee in the Philippines!” he exclaimed. And as an after-dessert, the restaurant presented a sungka of Philippine candies like pastillas.

Mind you, his creations continue to use techniques that he has learned from the world’s best chefs. Come to think of it, while Chele has taken Filipino cuisine to heart, there has also been a Chele-ization of Philippine food at Vask. It’s art. It’s an experience.