Sheila Francisco gets her turn to shine–and how | Lifestyle.INQ ❮ ❯ 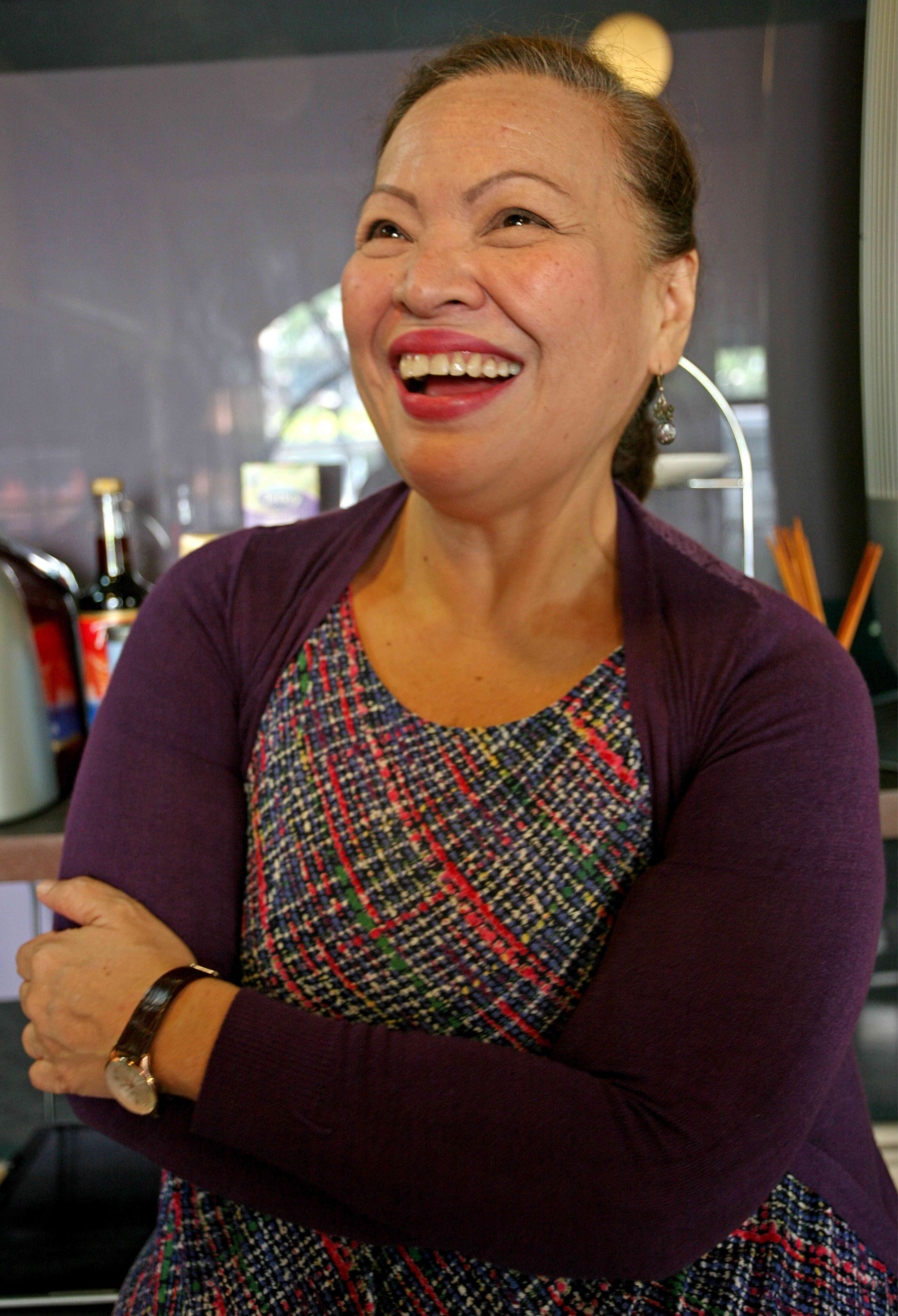 Sheila Francisco gets her turn to shine–and how

The Cultural Center of the Philippines’ Little Theater better be sufficiently insured. Last we heard, the roof had been blown to pieces by a vocal supernova in the form of Sheila Francisco, in her first solo concert dubbed “Once in a Lifetime,” directed by Roselyn Perez.

When was the last time you heard Francisco sing onstage, anyway?

She had one throwaway duet playing the queen in Rodgers and Hammerstein’s “Cinderella” at Resorts World Manila late last year. She was also the neurotic Jewish mother in the smartly written though vastly unhummable “No Way to Treat a Lady” staged by Repertory Philippines.

But you’d have to go back at least two years to find her last big role, as the Mother Abbess in Resorts World’s “The Sound of Music.”

“I don’t have a pretty voice,” Francisco declared early into her concert, the first of this year’s “Triple Threats” series. Fair enough, but what she has is even better: a voice that can bend itself to any song, that can channel characters and convey emotions with crystalline precision.

It’s this voice that literally torched the stage as she tore through the Judy Garland anthem, “The Man That Got Away,” then shifted gears to pay homage to Celeste Legaspi hits like “Minsan Ang Minahal Ay Ako,” both sung with simmering passion.

There were two other things that occurred to us during that evening: One, Francisco can belt the hell out of anything. She did so with “The Sacrifice,” a song seemingly composed of stratospheric note after note, from the original Filipino adaptation of C.S. Lewis’ “The Lion, the Witch, and the Wardrobe.”

Two, Francisco is a natural concert performer. She had full command of the stage throughout her one-and-a-half-hour show before a packed house, yet nothing ever felt forced or scripted; this woman was here to really have fun in her moment under the spotlight.

Her banter with her stage manager, Ed Lacson Jr., director of the critically acclaimed “Games People Play” and “Middle Finger,” was a joy to observe. And when, more than halfway through the show, she gave out a sigh and said, “Tired na,” one could only acknowledge and laugh along at the truth of the statement.

Francisco herself certainly knows how to land a punch line. Three times, she said, she auditioned—and got rejected—for international productions of “The Lion King” (which she demonstrated by singing the famous Zulu opening verse of “The Circle of Life” multiple times, to hilarious effect).

Then, she launched into “They Just Keep Moving the Line” from the TV series “Smash,” belting out lyrics like “I’ve made friends with rejection/I’ve straightened up my spine!” with a show business survivor’s unparalleled gusto.

The biggest surprises of “Once in a Lifetime,” though, came mainly in the form of Francisco’s guests. For one, there was her Carole King medley with her sisters Carol and Poe Blay, and it was honestly quite a refreshing sight (probably nostalgic, too, for most of the audience) to see three adult women jamming together to “(You Make Me Feel Like) A Natural Woman,” instead of the current generation’s boy band and teenybopper obsessions.

There was also the surprise appearance of Audie Gemora the dancer, showing off a side of the actor rarely seen nowadays, as Francisco sang Stephen Sondheim’s “Old Friends.” (A stroke of déjà vu, given how she was one of his guests in “I Was Here,” his “Triple Threats” concert last year.)

The main attraction, however, was Francisco’s “South Pacific” medley. Back in 2001, she was selected to play the role of Bloody Mary in Sir Trevor Nunn’s staging of the Oscar and Hammerstein musical, and became the first (and so far, only) Filipino to perform in the National Theater of London. This evening was as close as local theatergoers could get to seeing her in the role, as she delivered a haunting, stirring rendition of “Bali Ha’i.”

Calling the theater companies of Manila: Isn’t it high time for a “South Pacific” production next year?