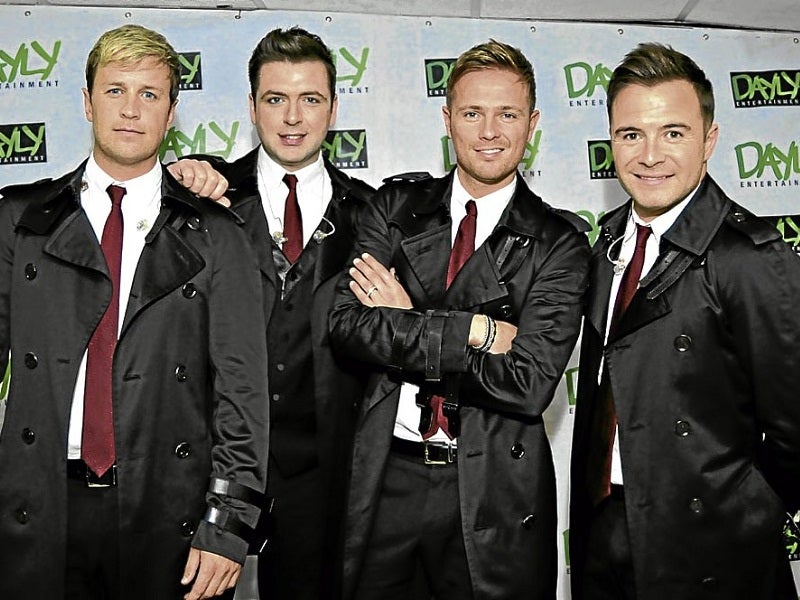 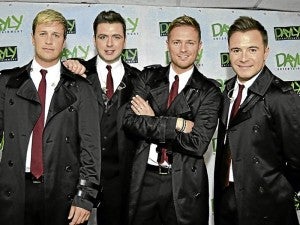 I tried. Really, I did. Just before the Westlife concert started, I swore to myself that I wouldn’t squeal, jump or sing my lungs out. “Punch me if I start to show signs of rabid fandom,” I instructed my friend, who smiled wryly in response.

It’s not like I was being a party pooper on purpose. It just didn’t seem proper to act like somebody half my age when I’m surrounded by kids who actually ARE half my age. I was already in high school when Shane Filan, Mark Feehily, Nicky Byrne, and Kian Egan started melting teenage hearts across continents back in the late ’90s. I wasn’t even that big a fan, and I’d never memorized the lyrics to any of their songs.

Or so I’d thought. A few seconds into the opening number “When You’re Looking Like That,” I sheepishly surrendered to my inner fangirl and joined the ranks of screaming Westlife devotees who filled the SMART Araneta Coliseum last Sept. 29. After all, how can you stay ‘deadma’ when the Irish lads are strutting their stuff right in front of you, reminding you of the good ol’ “boyband craze” days? The answer is, you can’t. Not when they’re still looking—and sounding—as good as ever. 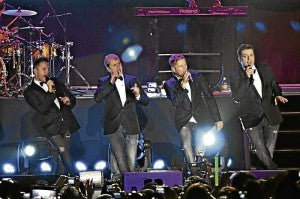 After 13 years, 11 albums and countless number-one hits in the UK and beyond, the quartet (fifth member Brian McFadden went solo in 2004) had obviously built a Pinoy fanbase that’s as strong and enduring as the band itself. This “Gravity” tour may be Westlife’s fourth visit in Manila, yet fans behaved like it was the first, tirelessly following the group from the airport to the hotel, down to the sold-out concert.

Apparently, the adoration is mutual. Nicky was dying to meet Cong. Manny Pacquiao but his schedule wouldn’t allow it, Mark and Charice Pempengco were Twitter pals, and Kian loved to film clips of their entire stay in Manila to compile into a “video diary” for his family back home.

When asked what to expect at the concert, Shane told Super earlier at the presscon that it was going to be loud, amazing and full of surprises. Just ask any giddy fan still nursing a post-show hangover and they’ll say it’s an understatement. 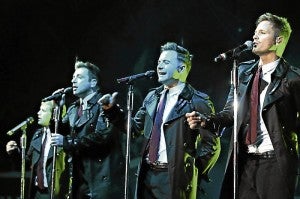 The boys have always been fond of doing cover songs, so it’s no wonder that their 15-track repertoire was a balanced mix of chart-topping renditions like Josh Groban’s “You Raise Me Up” and Daughtry’s “What About Now” and original hits like “World Of Our Own,” “Flying Without Wings” and “Seasons In The Sun.”

But we never expected they’d go Gaga… among other things. The band surprised the audience with an upbeat medley of Top 40 tunes, complete with synchronized gyrating: Coldplay’s “Viva La Vida,” Rihanna’s “Only Girl (In The World)” (which flaunted Mark’s ability to hit high notes), The Black Eyed Peas’ “The Time (Dirty Bit),” and Lady Gaga’s “Bad Romance.”

During the more intimate moments, the quartet would tell stories about being apart from their loved ones, having kids, and most especially, getting older (and feeling it). Nicky fondly shared how, while checking in the night before, a 23-year-old hotel receptionist had told him that the band had gotten her through grade school. “It made me feel old!” he said with a bemused grin, even though all four guys are actually just in their early 30s. 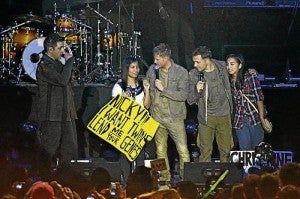 It was also heartwarming to see them reaching out and graciously accepting trinkets from the fans instead of just letting the bouncers force the crowd to back off. Shane collected gift boxes, one for each of the guys, and even went to pick up a stray box when it was tossed too far. Mark picked up a letter on the floor and discreetly tucked it in his pocket. And Kian inadvertently caught a bra someone threw onstage, which he quickly tossed back to the audience after realizing what it was. They even invited four lucky fans who were holding banners that caught their attention to join them onstage for “Beautiful Tonight.”

Nicky, for his part, appeared to be responsible for keeping the audience all hyped up and entertained. He told the crowd to sing the chorus for “My Love” a cappella, which he recorded on his phone; true to form, the legendary Pinoy singalong prowess did not disappoint. He also got us to do a “Mexican wave” twice. At this point, he could’ve asked us to burp the alphabet while doing handstands and we gladly would’ve done it.

We were actually waiting for them to perform their two earliest singles “Swear It Again” and “If I Let You Go,” but they never did. After two solid hours, the boys ended with an encore of “Uptown Girl,” wearing black suits and bow ties, and took a bow amidst deafening screams and a mesmerizing shower of bright confetti.

For this reluctant twentysomething fan, Westlife’s latest tour was a thoroughly enjoyable trip down memory lane, even though it required sacrificing a certain amount of adult pride. Artists and fans might grow old, but if this concert were proof, their music and the magic it creates at concerts never will.

“Westlife Gravity Tour in Manila” is produced by DAYLY Entertainment.