The buzz about ‘The Bees’ | Inquirer Lifestyle 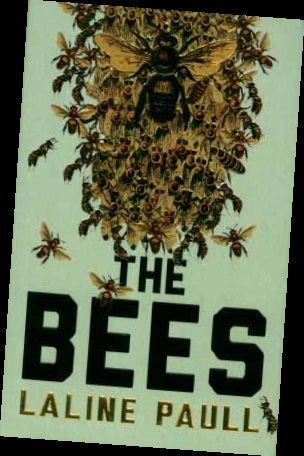 The buzz about ‘The Bees’ 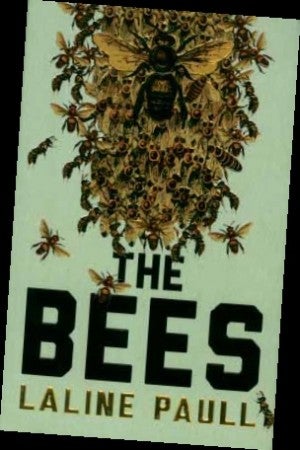 Sometimes, a book comes out that’s so different and so unique that it becomes hard to describe in a way that doesn’t sound silly. This is the case with what appears to be the most unusual bestseller this year, “The Bees” by Laline Paull (Ecco, New York, 2014, 338 pages).

For once, this is a book with a title that is completely accurate. “The Bees” is a behind-the-scenes tale of life in the hive. Yes, the book is set in a beehive and the characters are the bees who live there. But this isn’t some scientific nonfiction title. This is a novel that is equal parts dystopia and conspiracy drama.

The protagonist of “The Bees” is a sanitation worker named Flora 717. Shortly after she is born, it becomes clear she isn’t like the rest of her kind. Brave, ugly, big and full of endless questions, Flora is somehow saved from a quick death (the usual fate of those like her who are disfigured or merely different). You see, the hive represents a rigid, quasi-religious hierarchy, from the Queen, all the way down to Flora’s kind, the lowest of the low.

But after Flora helps save the hive from marauding wasps, she is essentially elevated in the society, something that no sanitation worker has experienced before. “The Bees” allows readers to follow Flora 717 as she encounters the prideful male drones (they act like entitled knights with names like Sir Linden and Sir Poplar), the strict, secretive Sisterhood (with names like Sister Sage and Sister Teasel) and, amazingly, the magnificent Queen herself.

But after getting over the natural and overwhelming high, Flora looks around and discovers the hive is an oppressive, dangerous place for those who don’t agree with the order. “Accept, obey and serve”—that is the way of the hive. “The hive comes first.” That is not Flora’s way.

It sounds wacky to dub Flora a rebel, considering she is an insect, but that is exactly what she is. In this insectoid anthropomorphic tale, Flora is Holden Caulfield and Katniss Everdeen put together, with whirring wings. Amazingly, the reader will stop looking at Flora as a bee after a while; she will then become a plucky, intelligent heroine. “This is a place of freedom,” Flora cries.

It is to the credit of first-time author Paull that she has chosen to dramatically portray the inner workings of the hive through the many eyes of Flora instead of merely explaining them like a teacher would in a biology lesson. Instead, the readers experience the horrors of such a narrow-minded and quick-to-kill civilization. In particular, Paull excels as bringing the bees’ lives up close and personal. It is also filled with a lot of complex real-world allegories; life in “The Bees” is violent and unforgiving. This is no cute-and-cuddly Disney escape.

When something unexpected happens to Flora, it leads her to audaciously question the untouchable fertility of the Queen (“Only the Queen may breed” is the hive’s first, inviolate rule), it puts her on the wrong side of the honeycomb, and “The Bees” turns from George Orwell “1984” dystopia to the kind of monarchial dramas such as Philippa Gregory’s “The Other Boleyn Girl.” It is fascinating because of the constant revelations but also gripping as Flora becomes more and more confident. She soon becomes aware of a terrible sickness hidden inside the hive, and this leads to unthinkable consequences.  The deeper she journeys into the hive’s workings and the farther out into the outside world she flies, the more she sees that’s wrong and the more dangerous Flora’s flight becomes.

That being said, “The Bees” is not for everyone. Well-written and imaginatively plotted, the book probably won’t work for readers with very conventional and conservative tastes, even if the prose is honeyed and rich. If you cannot imagine caring about the fate of one bee amid a collection of countless other bees, then buzz off to another book. However, if you are looking for a refreshingly original and still darkly compelling novel, then wing your way over to Laline Paull’s “The Bees,” a buzz-worthy breakout book from a breakout debut talent.