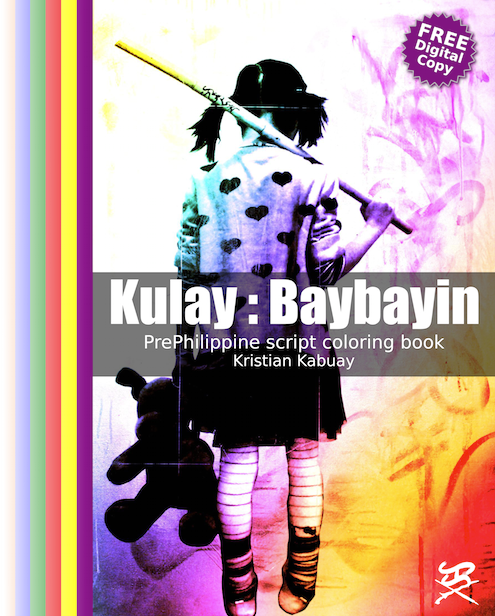 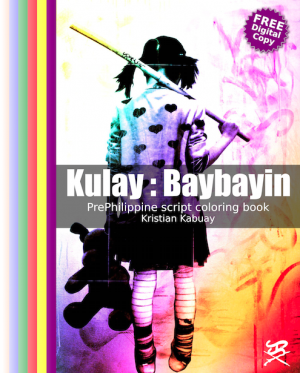 The coloring book ” was inspired by Kabuay’s experience of teaching his daughter baybayin as she was growing up.

“I was teaching her how to spell her name in baybayin,” he recalled. “She used her colorful crayons and markers. It has inspired me to do something different that would influence kids. In community events, I would do some coloring activities with kids to pique their interest in the scripts,” says Kabuay.

Putting together the book and creating all content took Kristian only 24 hours, but the concept had been in his mind for years.

“My goal is to mainly spark kids’ interest in baybayin through something that they normally do growing up. This could also be a good starting point for adults who wants to get back to their creative roots,” Kabuay added.

Kabuay is donating copies of the coloring book to schools and Filipino organizations in the San Francisco Bay Area as part of his pre-launch in the fall. He will be officially launching Kulay at the Festival of Philippine Arts and Culture in Los Angeles on October 4.

He is currently working on a documentary and a 4th book.

The coloring book is available for pre-launch orders with discounted art and free shipping at Kulay.Baybayin.com until midnight of October 2nd.

For more information about baybayin: www.baybayin.com