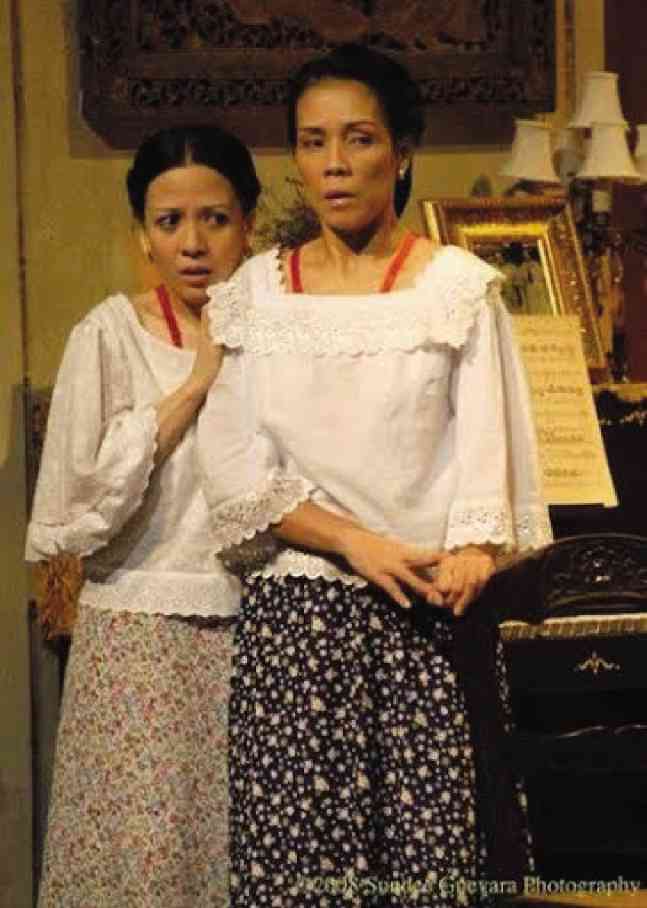 MANILA, Philippines—On October 1, the School of Humanities of Ateneo de Manila University, Ateneo Fine Arts, Lyric, and Tanghalang Ateneo are mounting “Contra Mundum: A Devised Reading of ‘A Portrait of the Artist as Filipino.’”

The reading is in celebration of the 10th death anniversary of National Artist Nick Joaquin and dovetails with an exhibition in his memory currently running at the Rizal Library, Special Collections Building, of the Ateneo.

At the helm of the reading is acclaimed film and stage director Dennis Marasigan. The cast is headed by award-winning actresses Irma Adlawan and Liesl Batucan as Candida and Paula Marasigan, respectively. The two starred in the 2009 Repertory Philippines production of the play.

Naty Crame Rogers, who played Paula in the 1965 film adaptation by Lamberto Avellana, will make a special appearance.

The reading will include songs from “Ang Larawan, The Musical,” the 1997 adaptation by National Artist Rolando Tinio with music by Ryan Cayabyab. Singing the parts of Candida and Paula are Banaue Miclat-Janssen and Delphine Buencamino. Eugene Villaluz sings the part of Don Perico. Mary Anne Espina accompanies them on the piano.

“A Portrait of the Artist as Filipino” is a masterpiece that has involved several National Artists: Joaquin, its author; Tinio and Bienvenido Lumbera, its translators; Daisy Hontiveros-Avellana, the original Candida; Lamberto Avellana, the director of the first stage production and film adaptation; and Salvador Bernal, the production designer of the musical production.

“Contra Mundum,” a homage to all these towering Filipino artists and to a deathless literary masterpiece, will be mounted Oct. 1, 7 p.m., at the Rizal Mini-Theater, Ateneo de Manila University, Loyola Heights campus. Admission to the reading is free. Call 4266001 loc. 5340 for reservations.