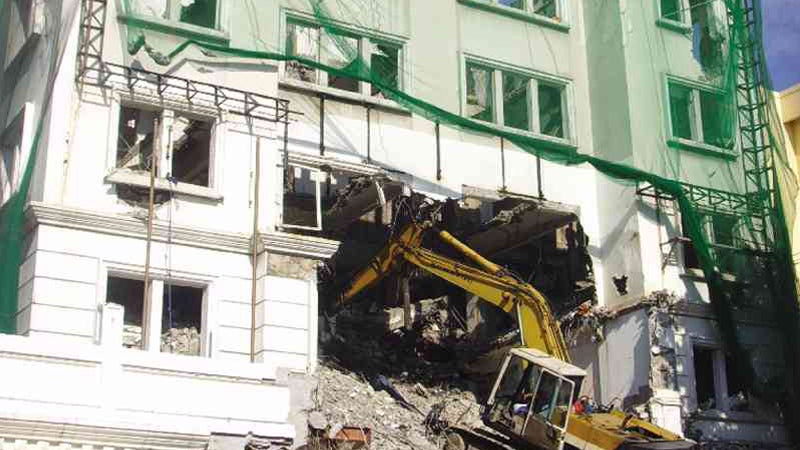 Heritage conservation issues continue to hound the Manila City Hall under Mayor Joseph Estrada as another important structure is being demolished, apparently with go-signal from the city government, to give way to development.

The latest to fall despite the enactment of the National Cultural Heritage law is the historic prewar structure, Admiral Hotel on Roxas Boulevard in Manila’s Malate district.

The building was one of the few to survive World War II. But apparently it wouldn’t survive the reign of greed and commercial development.

Already, several commercial-development projects are destroying the history and heritage of Manila: the erection of the Torre de Manila skyscraper that would dwarf Rizal Park and Rizal Monument and spoil the Manila skyline; the removal of the Anda Monument from Calle Aduana ostensibly to ease traffic in Port Area; the demolition of the old Meralco building designed by Juan Arellano, and, with it, the giant relief sculpture on its façade made by Francesco Riccardo Monti.

Completed in 1939, Admiral Hotel was designed by architect Fernando H. Ocampo in the traditionalist mode, with touches of revivalist design.

Santo Tomas College of Architecture and Fine Arts, cradle of modernist art movement in the Philippines.

Among his works are the UST Central Seminary, declared National Cultural Treasure by the Philippine government; and today’s Manila Cathedral, reconstructed in 1958.

The Admiral Hotel was originally called Admiral Apartments and built by the Lopez-Araneta family. It became the Admiral Hotel. Gen. Douglas MacArthur was one of its many famous guests.

In 2009, the Lopez-Araneta family sold the building to Anchor Land Holdings, Inc., which was supposed to redevelop the eight-story structure into a boutique hotel.

Anchor Land Holdings, Inc. released a statement on its Facebook page on Sept. 22, saying that “engineering investigations done determined that the original building was no longer structurally sound following years of slow deterioration.”

Anchor added that it made the decision with the “interests of all its future guests, staff and the general public in mind, whose safety Anchor Land prioritizes.”

Henares said Anchor obviously made the decision without consideration of heritage regulations. “That decision [to demolish Admiral] was not for Anchor Land to make on its own,” he said. 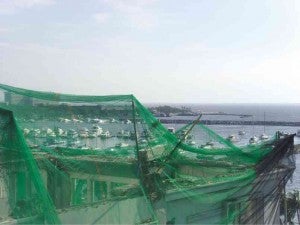 “According to Republic Act No. 10066,” pointed out Henares, “all buildings that are 50 years old or older are presumed to be Important Cultural Properties. And thus, before a demolition permit can be issued by the local government unit, a building owner must first seek approval from government cultural agencies concerned to lift that presumption of declaration.”

Anchor Land said it would take every step to keep the building’s heritage alive and ensure it would remain a historical landmark.

“They totally missed the point,” Henares said. “Once you demolish a structure, the heritage value is lost. The reconstruction can no longer be considered a historical landmark. 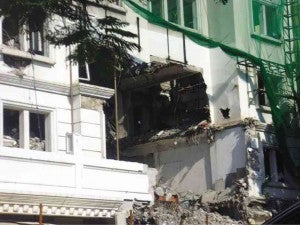 “Our developers in the Philippines seem to have this wrong impression that they are doing good by demolishing the original and reconstructing a replica, or are saving heritage by dismantling the original and transferring it elsewhere. Demolition or transfer of heritage goes against international conservation standards. Nothing beats the original.”

Henares said that with all the technology available today, there would always be a way to stabilize the original structure as what most countries were doing.

“We call on our government cultural agencies to implement the National Cultural Heritage Act of 2009, and start filing cases against local government units and property owners who have violated the law,” he said.

The National Museum (NM) immediately inspected the building on Sept. 23 after the issue was brought to its attention.

The NM team told the workers to stop the demolition activities.

But the demolition continues, as shown by the photos on this page.

NM assistant director and Cultural Properties Division chief Angel Bautista said he had coordinated with the National Commission for Culture and the Arts to instruct the National Historical Commission of the Philippines to issue a cease-and-desist order (CDO) immediately.

The CDO has not been issued as of press time.