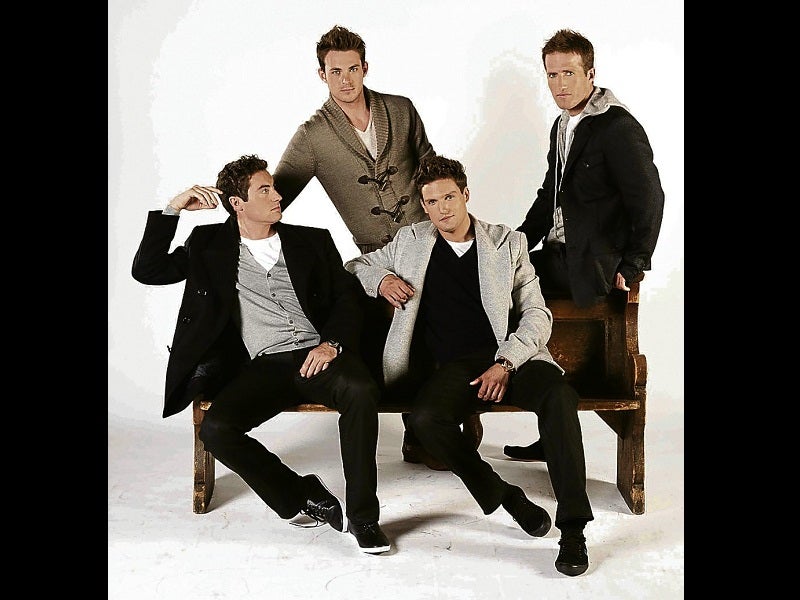 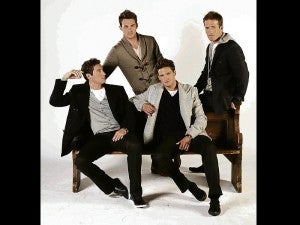 You may not have heard of them but once you do, you will surely love them.

Blake, the award-winning pop-classical British band, is set to take Manila (and Cebu) by storm when they come here on Oct. 21-22 (at Greenbelt and Alabang Malls) and Oct. 23 (at Ayala Cebu Mall) for a series of concerts sponsored by Ayala Malls.

I have always had a strong affinity for music. It’s most likely in this column, too, where you may have heard, for the first time, of music artists like Josh Groban, Michael Bublé, Russell Watson, to name a few. When I first heard Blake sing on YouTube, I was mesmerized by their voices. Of course it does help that the members of the group are all handsome (which gives them an added X-factor) and now I am a complete fan of the group.

Blake launched its first album in 2007, which went straight to No. 1 on the UK classical album charts and won Album of the Year at the Brit Awards. The band has since released two more albums. I particularly like their take on classics, such as “Nella Fantasia” and “Nessun Dorma,” but what will appeal to a wider audience, I believe, is their rendition of modern songs, such as Snow Patrol’s “Chasing Cars” and U2’s “With or Without You.” Also of wide appeal is “All of Me,” a song the group composed for the wedding of Prince William and Kate Middleton.

The group has performed all over the world, gaining an enviable fan base that includes Dame Shirley Bassey, Keira Knightley, Kevin Spacey and Will Smith. Blake is composed of Stephen Bowman (bass-baritone); Jules Knight (baritone); Humphrey Berney (tenor); and Ollie Baines (tenor). Their voices will surely take your breath away. For individuals interested in watching them, please call Ayala concierge hotlines: 7292137, Greenbelt; 7721860, Alabang; 5162035 local 032, Cebu. See you there!

Grand opening of Louis Vuitton. There are a lot of events this October—all priming up for the holidays, for sure. One of the recent ones was Esquire magazine’s launch held Oct. 5 at Manila Peninsula.

Congratulations to EIC Erwin Romulo and his team for a great job on their first issue and wishing them more success!

On Oct. 14, all roads will lead to the reopening of the Louis Vuitton store at Greenbelt 4. The store, which took almost a year to renovate, will boast of a luxurious VIP salon, a two-level world of LV with bigger space for men and women’s fashion, accessories and jewelry, and even an entire wall of rare and exceptional pieces found on the ground floor. 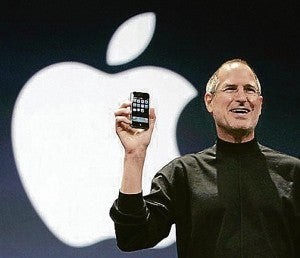 As a member of the press, I have been invited to several LV events all over the world and I can tell you, if there’s anyone who knows how to throw a party, it’s LV. I remember the last one they threw here more than five years ago, now that was FUN and WILD! The store opening is private and will have an even more private after-party with loads of surprises. So if you get an invitation, you can’t miss this one!

TV: What’s new? With the fast-paced life we all lead, who would have the time to watch TV? So if you are like me who catch up on their TV fare on their iPads, you can’t miss “Downton Abbey,” now on its second season. This Emmy-winning series is a period piece about the wealthy Crawley family, their household help and how their lives are changed by World War II.

Restaurants. Over at Greenbelt 4, there are two mid-end restaurants you may want to try out: Bulgogi Brothers (Korean) and Ganso Shabuway (Japanese shabu-shabu). For high-end fare, The Alpha by chef Billy King at Alphaland building.

Movies. “The Ides of March” (with George Clooney and Ryan Gosling) delves on the dirty side of politics and the Democratic presidential campaign. Another reason to watch is its powerhouse combo of talents: Philip Seymour Hoffman and Paul Giamatti. It is directed by George Clooney. Think UFC, “Rocky” and “Transformers.”

Nightlife. Congratulations to Prive (formerly Member’s Only), which opened its doors yesterday. With the team behind Embassy, Republiq and Opus grouping together for Prive, we’re sure our nights will never be the same again! And the same team has more cool offerings up their sleeves, to be unveiled in the coming months.

RIP-Steve Jobs. Last Thursday, the world woke up to the news of the death of an icon and genius, Steve Jobs. He was 56 years old, a husband, father of four, pioneer, visionary and icon. To say this man changed our world would be an understatement. Listening to the news about his life, I was moved by the fact that though he was an orphan and never graduated from college, he was able to start the Apple company with US$1,300 in a garage, and in 10 years was able to make it a company with a net worth of over $65 billion.

He helped create the Mac computer, iPhone, iPod and iPad. It was also interesting to be reminded that he got fired by the company he founded and was then rehired.

What a colorful life for this genius. He built his life on perseverance and lived it to the fullest, advising others to do the same.

Speaking before the 2005 graduates of Stanford University, he delivered a most memorable speech. Here is an inspiring excerpt worthy of following: “Your time is limited, so don’t waste it living someone else’s life. Don’t be trapped by dogma—which is living with the results of other people’s thinking. Don’t let the noise of other’s opinions drown out your own inner voice. And most importantly, have courage to follow your heart and intuition. They somehow already know what you truly want to become. Everything else is secondary.”

Thank you, Steve Jobs, for an exemplary life and making us believe that the impossible can.