The cover girls and the front men | Lifestyle.INQ ❮ ❯ 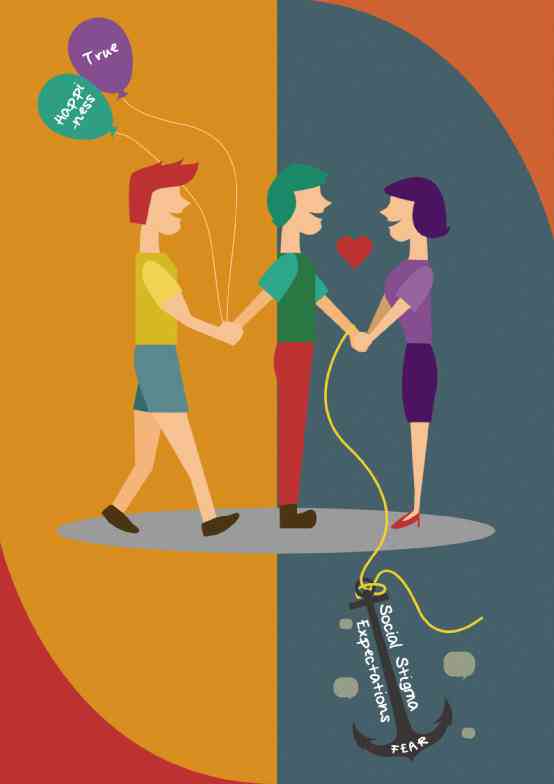 The cover girls and the front men

Your best friend in high school is getting married to a girl who is obviously not his type, since he likes tall, tan, chinito jocks (abs being a big plus). But he’s being groomed to be a politician.

Remember those girls who spent so much time talking about their boyfriends, when everyone—including themselves—knew that they were starting to fall for each other but didn’t do anything about it?

I’m not talking about people who are just exploring or those who are open to go both ways; this is about individuals who, though they know what or who they want in life, choose to go against it because of fear and stigma.

I didn’t have to struggle with having to conceal my feelings for others. I was brought up to go for what I wanted. I had always grown up thinking that this was the norm, that everyone grew up being told only three things: do good for other people; do good for yourself; and find your happiness.

I couldn’t understand how some people could impose their beliefs on other people, even if it led to their misery. It was genuinely surprising when I saw this type of behavior everywhere.

There were the alpha males in my high school who, though in secret professing their “undying” love for me, had girlfriends they didn’t want to let go of—for fear of losing their top dog status.

There was the prom queen who had a queen of her own, but a king by her side; the friend who cries because he’s engaged to someone he isn’t really in love with; the girl who wants to run away because she seems forced to be unhappy.

People make jokes about these phony relationships, calling them open secrets; we talk about it in our private Facebook groups, our group chats on our smartphones, or at lunch in the cafeteria. What we fail to realize though is what an ordeal it is for people in those said relationships of pretense.

These people feel guilt because of how they feel. They constantly have to conceal their emotions, and over their heads hangs the thought that they are deceiving not just themselves, but also the people they are with, people they may also care for.

Living life in fear isn’t something that’s exclusive to the homosexual community. Every one of us has, at some point in life, been governed by some sort of dread. We have done things and made decisions that sacrificed our true desires because of some anxiety.

Social stigma is a fear that seems to make the world go round; we act accordingly so that we aren’t rejected by our peers and society. While at times this sort of thinking has its benefits, it also hinders personal growth and development.

Take the issue of the cover girls and the front guys, who reject their own feelings to satisfy the judgmental eyes of the masses.

In Maslow’s hierarchy of needs, it is said that after physiological and safety requirements are met, it is vital to realize our needs for love and belonging. Getting love is only halfway up this pyramid, as we can’t get to the stages of self-esteem and then ultimately self-actualization without this very important step. That’s why having a front is not only cheating your current partner of the type of love they should be having; it’s also an affront to your own full human experience.

We are in school to develop ourselves, to find who we are and what we can contribute to the world. It’s sad that in our crucial teen years, we perpetuate a culture of fear, by attaching a sense of shame to homosexuality.

We instill fear in other people’s lives because we cannot overcome zealousness. We stop others from becoming fully human just because we need to be amused.

We shouldn’t care about who people choose to love, and instead appreciate their well-being and unique talents.

Would we suddenly not back the MVP of the Year just because he wants to hold the hand of another guy, when he can totally take us to the finals and win it anyway?

Would we not still benefit from the intellect of our class president if she wanted to kiss a girl and like it, when she’s one of the most brilliant minds out there?

Let’s not limit other people’s capabilities. Let’s allow each other the liberty of not letting fear govern our lives.