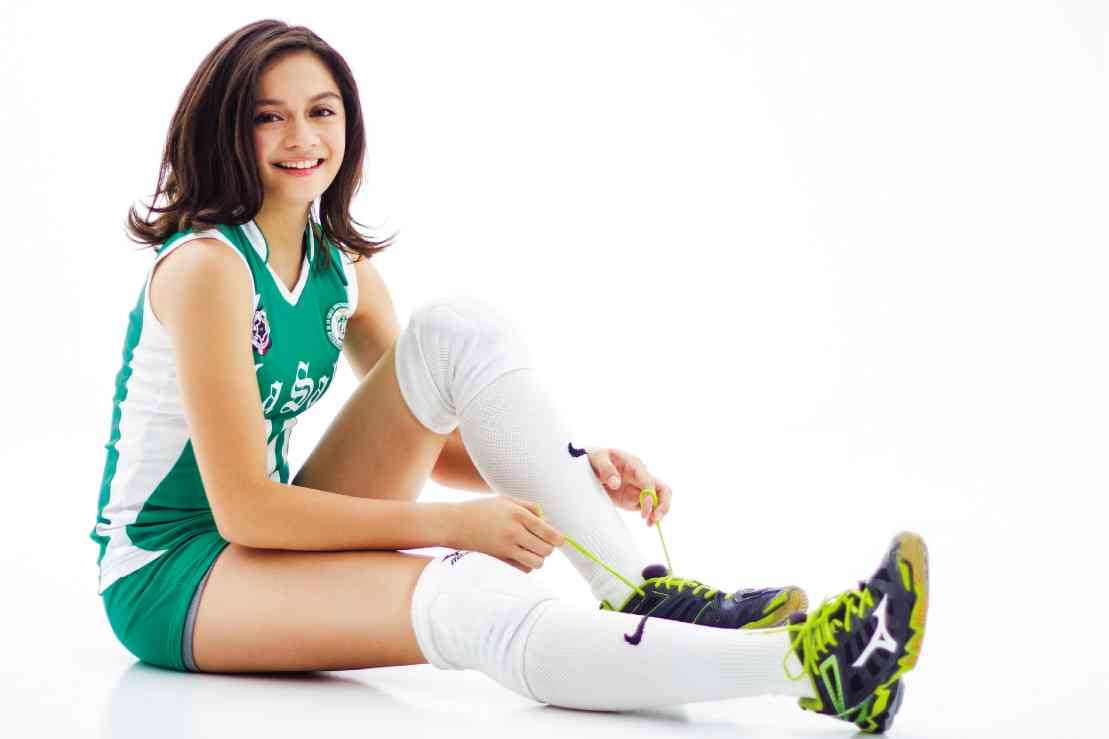 FELICIA in her volleyball uniform

Beauty is often associated with fragility. There’s something about pretty things that makes us think they break easily.

Felicia Cui of the De La Salle-Zobel (DLSZ) Volleyball Girls is no exception. With her winsome looks and soft-spoken nature, she’s easily one of the most pleasant girls you could meet. But don’t let her lovely exterior fool you. Underneath all that lies a girl who’s unstoppable.

Confucius has given us one of the wisest quotes that remind us of what true strength is: “Our greatest glory is not in never failing, but in rising every time we fall.” There will always be setbacks and challenges in our lives. Everything is a test that reveals and builds our character. The real question isn’t “How much more can I take?” but rather, “Can I get right back up after every fall?”

Felicia is a living testimony to the latter. The 17-year-old consistently doesn’t allow anything to deter her from her mission.

Her entry into the world of volleyball wasn’t even of her own will. Her big sister Patricia was a member of the DLSZ pep squad, and Felicia’s original goal was to join her. However, in Grade 5, Felicia’s physical education class was volleyball, and a classmate recognized her potential.

Felicia recalled: “My friend Lia said that I could be good at it and convinced me to join the volleyball club. The more I trained and played, the more I discovered that I really love it.”

Asked what she finds attractive in the game, Felicia said: “I love the excitement. It’s legit and hardcore. Every single point is so exciting.”

Felicia is her team’s opener spiker, one of the most crucial positions in volleyball. One of her duties is to make sure that the ball is immediately killed.

The coach assigned her that position.

Not everything has been peachy in her volleyball career, though. Felicia suffered a serious knee injury in second year high school. She had ripped parts of her patella, and the doctor told her she couldn’t play anymore.

Injuries are the bane of every athlete’s existence, as you never know which ones could end your career. For Felicia, it was not an option. Her supportive parents gave her a choice, telling her, “It’s up to you if you want to play or not.”

Felicia loved the game so much, she decided to keep playing. Usually, when faced with an injury, an athlete’s performance is downgraded. In Felicia’s case, it caused her to rise even more.

From first to second year high school, Felicia was only a bench warmer. It was on her third year that she was promoted from bangko to first six. This put a lot of pressure because seniors had just graduated, and they were tasked with defending the three-peat title.

On top of the pressure, she had also accumulated injuries. She’s been sprained multiple times, but because of her reliable presence on the court, she was never allowed to rest.

On days when things get tough, she reminds herself of the reasons she loves volleyball. She remains strong in the face of adversity—an impressive trait that not a lot of people can say they have.

Before the start of every game, the coach makes the team listen to music for 10 minutes and do visualization, what it takes to score points and win.

Positivity played a big factor for the team; after a grueling season, the DLSZ volleyball squad successfully defended its three-peat title.

Felicia’s hard work was further rewarded when she landed a spot on the coveted Mythical Six as Best Receiver in last year’s UAAP Juniors league.

She’s very proud of the achievement, aside from the two accolades she received in the De La Salle Zobel Athletics Awards for Rookie of the Year (First Year) and Athlete of the Year (Second Year).

Now on her senior year, she’s aiming to win another title for DLSZ.

As for college, this hard hitter is considering suiting up for DLSU or ADMU.

Asked how she wants to be remembered, Felicia thoughtfully said: “I want people to remember me as a person who doesn’t let negative things get me down. I want to be the kind of person who always finds the light in everything.”

Spoken like a true Archer who knows that, like an arrow, being dragged backwards could only mean you’re going to be launched to greater heights.