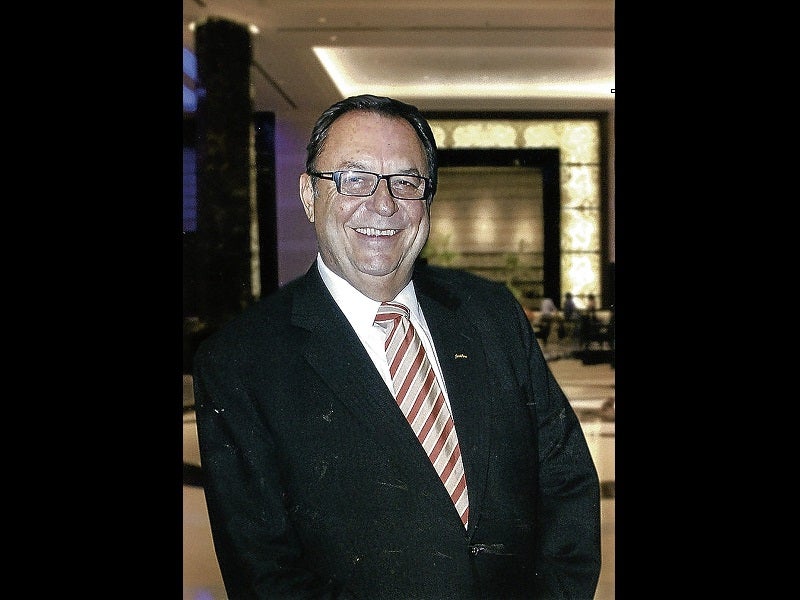 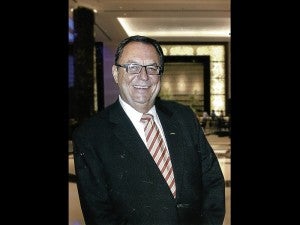 The Radisson Blu Hotel hosted a “Hail & Farewell” bash in its Niña ballroom, well-attended by personalities from the travel trade, the august media and the glamour crowd. After two and a half years in Cebu, Grant Gaskin has left with a long list of friends, all of whom have wished him “balik-balik.”

Hotel general managers seldom return to the places they have been assigned to, he has commented, adding that Cebu may well be an exception. He is off to another prime property of the Carlson Hotels in Wuxi, China.

Welcomed with open arms was the Radisson Blu’s new general manager, Lyle Lewis, who has other responsibilities as well. He is executive vice president for the Carlson Hotels Group in Asia/Pacific and China, and vice president for operations in the Philippines and Japan.

Gaskin and Lewis were onstage, flood-lit, for the symbolic turnover of the keys to the Radisson Blu in Cebu. Anna Fernandez, the hotel’s director of sales and marketing, was the program’s emcee.

She is part of the hotel’s executive committee whose members were asked to come up onstage for a photo-op. They include Zenaida Alcantara, executive assistant manager; Carmela Cabasisi, director of finance; Belle Bacus, director of human resources; Ho Kok Fai, the new food and beverage director; and Marco Amarone, who has just assumed the post of executive chef.

He did prepare a fabulous spread that included Ginger Blinis with Martini, Duck Comfit, Salmon Carpaccio, and Bordelaise blackened Rib Eye for which there was a queue. Rookslane Shiraz and Chardonnay helped wash them down.

The occasion also served to introduce Romina Gervacio as Radisson Blu’s new assistant director of marketing communications, in other words, public relations manager. She informed us that the Radisson is expanding its presence in Asia.

Given the success of the deluxe five-star hotel in Cebu, they will soon start building one beside the Mall of Asia in Manila. Completion is targeted for 2014. In Davao, they will have the Park Inn.

Lyle Lewis got to meet everyone at the party as he affably moved from group to group. He is from Australia, with three decades of experience as a hotelier.

Shortly after this event, Radisson Blu had a colorful one to launch a Thai food festival at the Feria outlet. It was in partnership with the Embassy of Thailand, and Philippine Air Lines Mabuhay Miles.

Master chefs were flown in from Bangkok and Phuket to prepare the exotic dishes during the nine-day festival. On opening night, elaborately costumed young people performed a series of intricate dances.

Next event planned at the Radisson Blu is the anniversary bash. Keep Nov. 22 open, Mina Gervacio has told friends. Theme of the celebration is The Cotton Club. That means flapper costumes of the 1920s and bouncy Charleston music. Bring out those Great Gatsby togs.

Speaking of food fests at hotels, the Marco Polo Plaza Hotel brought back celebrity chefs Gene Gonzalez and son Gino for its recent Asian Food Fest, at the hotel’s Cafe Marco. There was an opening luncheon presided by the hotel’s resident manager, Julie Najar.

The Marco Polo is gearing for its next culinary journey, the annual celebration of Soiree Beaujolais on Nov. 19, a Saturday, at the grand ballroom. “Paris la Nuit” is the theme this year, for which they are flying a troupe of Can-Can dancers.

They’ll lift those ruffled skirts, kick their heels, and land on splits just as they’ve been doing it at Le Moulin Rouge since the 19th century. Celebrity host Johnny Litton, as he did last year and those previous, will emcee the show. Vernie Varga, once more, too, will be the guest star.

Aside from uncorking the Beaujolais Noveau young wine, and cursory tasting of it, there will be the finest French wines served throughout the evening, plus a sumptuous buffet of French cuisine, excellent pastries, and the most tempting cheeses.

The price of a ticket is at P2200 per person. Book now, urges Marco Polo general manager Hans Hauri, who says that exciting prizes will be raffled off, too.

Just as in other years there will be a round trip ticket to Paris, courtesy of Qatar Airways. This will be a fine occasion to meet the new manager of Qatar Airways in Cebu, Mohammed El Emam who has just assumed the post. He is from Alexandria, Egypt, and has already made many friends here.

Qatar Airways has direct flights to and from Doha to Cebu three times a week. From Doha, it connects with over 100 destinations to practically every important city in the world.