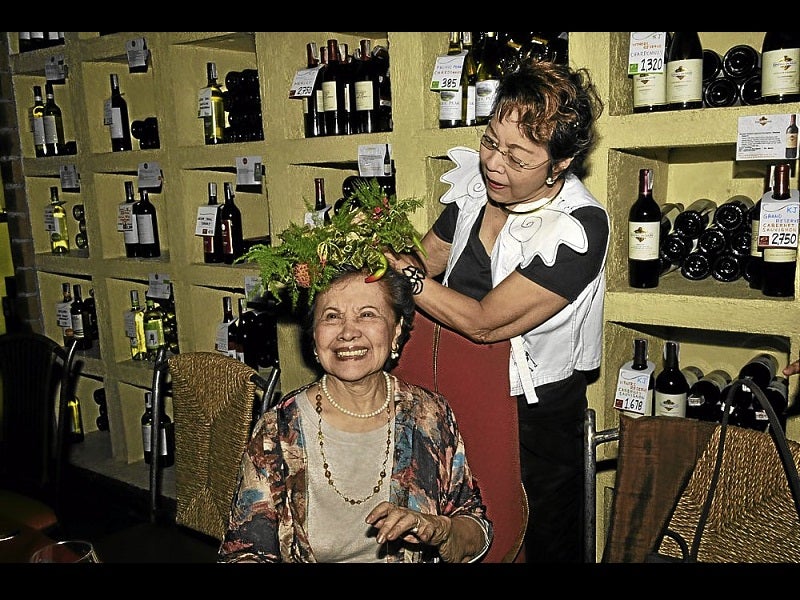 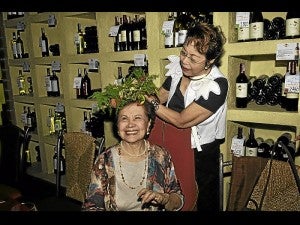 The “plot” had tita Eggie fetched by friend and neighbor Linda Villanueva to attend mass at Santuario de San Antonio in Forbes, then to early dinner at Titania’s Wine Cellar along Yakal Street in Makati City where friends, among them Gilda Cordero-Fernando, Alice Villadolid et.al., had gathered.

And how she loved it! Tita Eggie’s eyes twinkled as she was crowned “Sili Queen” —literally because the crown designed by Gilda had at least three sili (hot pepper) dangling dangerously, threatening to fall off into our soup. She danced with her crown on her head, balanced and fearless, like the brand of news and views she pioneered for the Philippine Daily Inquirer. Fe Zamora