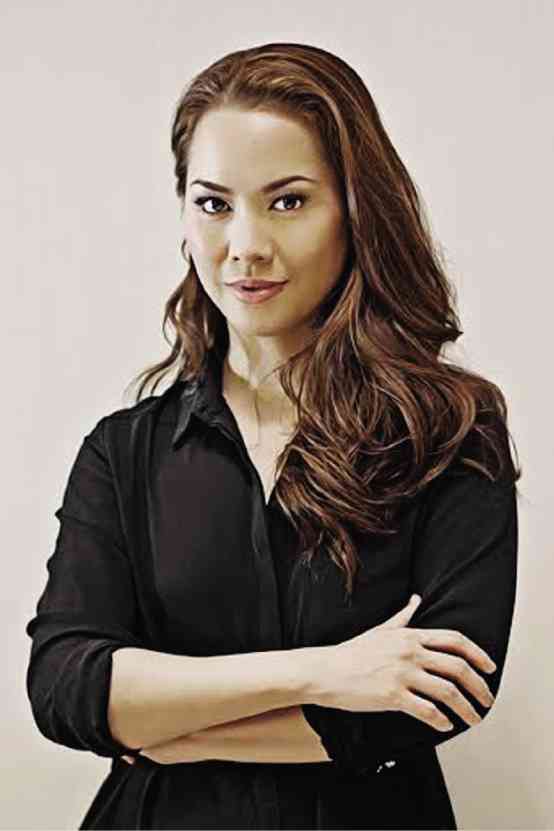 She has enchanted us as Anna in “The King and I”; made us cry buckets as the mom of a child sick with cancer in “Dani Girl”; and had us in stitches when she took on the role of theater actor Belinda Blair in the play-within-a-play “Noises Off.”

But as far as Shiela Valderrama-Martinez is concerned, her dream role is the one she is playing now: Princess Fiona in Atlantis Productions’ “Shrek The Musical,” which runs until tomorrow at the Meralco Theater in Ortigas.

“I saw the closing show of the original cast on Broadway. The girl who played Princess Fiona is actually my Broadway theater idol, Sutton Foster. So, of course, when I saw the show, it was something that I really wanted to do, if it ever came to Manila,” says Martinez.

Her dream role, however, is also her most challenging one, she adds.

“The songs are very challenging. The character of Fiona is very bipolar. It’s very difficult to do a comedy, generally, because it takes a lot of physical and mental involvement. I had to learn how to tap months before the show.

“Plus, you have to be sensitive to your audience. And I haven’t really done a full-on musical comedy [before ‘Shrek’].”

Martinez’s thriving theater career, which has taken her on performing tours all over Asia and landed her a job in Hong Kong Disneyland, started out as a teenager’s hobby. She first joined Repertory Philippines “by accident.”

“When my grade-school best friend moved schools, she decided to make me join a Rep workshop with her so we could be together during summer,” says Martinez. “I joined because of her, but I already had so much experience in school plays that I got bumped up to the advanced class, so we weren’t even classmates.”

She performed professionally for a couple of years but stopped when she entered college, taking up a Business degree in De La Salle University.

After graduation, she helped run the family business, Marby Food Ventures, a bread manufacturing company. But she found that she couldn’t stay away from theater for too long.

“Maybe the theater bug just bit me again, and after the eight-year hiatus, I just wanted to perform,” she says. She continues to be active with Marby, handling the company’s export products. In the two years since Marby opened its export department, Martinez says it has gained clients in China, the Middle East, New Zealand, Canada and Singapore.

The family business, however, hardly takes her away from theater, and neither does taking care of her 4-year-old daughter Simone. When she can, Martinez brings Simone with her to rehearsals and shows; in fact, Simone has seen “Shrek” four times.

“[Simone] knows my lyrics. She’s very exposed to theater,” Martinez says. She was actually pregnant with Simone when she was performing in “The Annual Putnam County Spelling Bee,” after coming home in 2008 from the “Cinderella” Asian tour (she was the Cinderella understudy to Lea Salonga).

“Three weeks after I gave birth, Robbie Guevara asked me to do the role of Julia Sullivan for ‘Wedding Singer.’ So my baby’s really a theater baby,” says Martinez.

Martinez’s husband Lorenz, who is also a theater actor, was with her in “Cinderella.” They also worked together in Hong Kong Disneyland, where Martinez played roles such as Bebe and the Tarzan Singer in “The Golden Mickeys,” and Nala in “Festival of the Lion King.”

It was a week before the couple got married in Hong Kong when Martinez says they received word that they had both gotten parts in “Cinderella.” 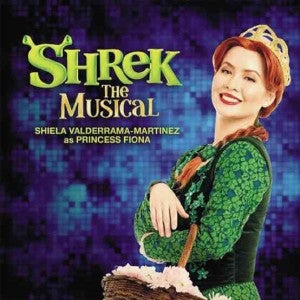 “It was great—we got a ‘paid’ honeymoon, touring for nine months,” she says. “[Lorenz] is my favorite actor, my mentor, and my worst critic. He gives me pointers; sometimes I take them well, sometimes I don’t! But it’s great, I have a take-home acting coach/director.”

After “Shrek,” Martinez is reprising her role in “Dani Girl” as the mother of cancer-stricken Dani Lyons. “Dani Girl” will be part of the lineup of shows at “The Imaginarium” festival on Oct. 28-31.

In December, she will be in the cast of “Santa’s Leading Ladies,” a series of free Christmas concerts at Resorts World Manila’s Bar 360 featuring fellow theater actors Cris Villonco, Carla Guevara-Laforteza and Ima Castro. A Valentine concert and a new musical are also in the works.

“You have to love this job so much to stick with it. I watch as much shows as I can, [and] I learn from my peers,” she says. “Theater is really my passion. I’m lucky that I get to do what I love.”

“Shrek The Musical” has remaining performances on Saturday and Sunday at Meralco Theater. Call TicketWorld tel. 8919999 or www.ticketworld.com.ph