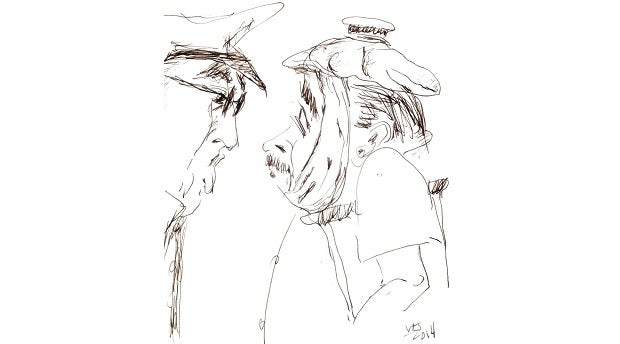 Diabetes? I’m not conceding yet

While I do admire her straightforwardness, I wonder why I myself couldn’t quite come to terms with my own condition. I know I’m close, possibly even on the verge, but like many people I know, I’m not conceding to a condition graver than borderline diabetes.

That’s why I’ve been postponing a confirmatory checkup; I’m enjoying the consolation of being not quite there. I tell myself to simply exercise more and eat less. That in fact has always worked for me, although whenever I slacken, I quickly get into trouble.

Anyway, I’ve been religious about gym, more or less, to keep my weight down, and, for my sugar, I take half a tablet of metformin every morning.

I do believe there’s no bargaining with the Grim Reaper: He comes not a moment early or late for our appointment in Samarra. But until then I intend to stay healthy and happy, which to me means living responsibly. After all, if I stick to my regimen, I may not even have to rationalize diabetes precisely because it’s been prevented.

But again, there being enough diabetes to go around, admitting to it may not be such a valiant thing. Some cases are just not easy to deal with, medically or psychologically.

For instance, one cannot but admire Sen. Miriam Santiago for revealing on national television that she had been diagnosed with lung cancer.

She delivered it like a punch line, suppressing a sort of mischievous smile, showing that she was taking it all on the chin.

In her next appearance, she showed off taped fingers and toes as she explained that one characteristic of her cancer is that it causes such bleeding; she then broke into a smile so disarming it could melt the hardest heart.

Indeed, it would be difficult now for anybody to hate her for her temperamental, unforgiving and sometimes undignified discharge of her office, whether in the past or in the future.

Not for the queasy

The case of one relative of mine is altogether a different one in both its nature and gravity and in the propriety of its revelation.

A very private person until shingles hit him in his 80s, he came out rather extravagantly. He sent friends and relatives an eyeful of his affliction via e-mail.

I heard it looked like a page in a dermatology book, definitely not meant for the queasy. I also hear that some of his e-mail correspondents are still trying to forget the sight and are now wary of opening e-mails from him.

By sharing his condition, he must have found relief, even if only psychological, from the excruciating pain. Mercifully, he sent it only to his dearest friends and closest relatives, and I was spared.

A scion well-known and popular for his charm in his prime became a hypochondriac in late middle age. Unprepared for his transformation, friends had to listen, standing on high heels, to his whole medical history at cocktail parties.

I was lucky to have been forewarned by one who had just escaped the ordeal. Explaining her limp due to leg cramps, the escapee said, “All I said was, ‘How are you’ and chica, I got this earful in detail!”

The fact that he’s no longer with us should, in hindsight, reinstate his credibility: He may have worn people down, but he was being desperately truthful.

Illnesses set in uninvited; we certainly don’t seek them. That’s why I’m amused at our plunder detainees. In the pink of health or in denial of any conditions before their arrest, they are now waited on by ambulances, ready to be whisked to the hospital for symptoms that manifest surprisingly and suddenly.

Those with preexisting conditions—high blood pressure, high cholesterol—are lucky to have had something more or less credible to build on. For the others, I imagine, their lawyers and physicians are constantly poring over a menu of a la carte afflictions.

Hospital confinement presents its own concerns. One of mine is dyeing my hair and getting on with all such other vanities.

Clearly our detainees have their own beauty service of sorts delivered to them at home. I notice that not a strand of hair on one nonagenarian senator is turning gray, or maybe he’d finally gain some sympathy when he starts looking his age.

George Moore, an Irish novelist, art critic and dramatist, in his essay “Mummer-Worship,” put it so aptly: “Cruelty was the vice of the ancient, vanity is that of the modern world. Vanity is the last disease.”

Alas, there is no cure for vanity. Vanity, in fact, is probably where all our problems begin.