Save lives by washing your hands | Inquirer Lifestyle ❮ ❯ 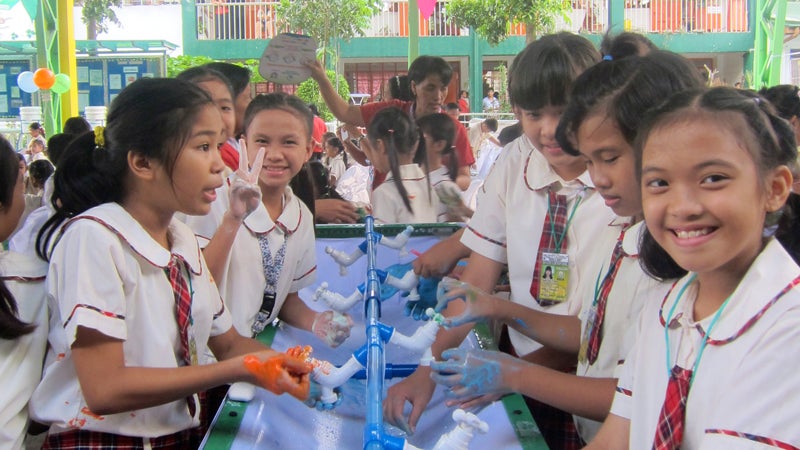 Manila Water Foundation's week-long celebration of the Global Handwashing Day began on October 13 in San Vicente Elementary School at Binan, Laguna. 450 students, parents, and faculty members were part of an activity to convey the importance of handwashing with soap. Physical demonstrations will continue nationwide to raise awareness on the importance of creating a better environment by handwashing.

Save lives by washing your hands

MANILA, Philippines — Nearly two million children do not live long enough to celebrate their fifth birthday due to infection brought by diarrhea and pneumonia.

Manila Water Foundation and Unilever have partnered together for Global Handwashing Day on October 15 to promote a simple but effective way to reduce death among children. They are part of a world wide effort in over 70 countries to promote handwashing with soap.

Clean water and soap remove germs and bacteria in the hands that can cause sickness and fatality. This doable cleansing habit has been proven effective in reducing child mortality that the United Nations included it in as a strategy to reach the Millennium Development Goal of reducing children’s deaths by two-thirds in 2015.

There will be visits to schools and malls in Metro Manila, Laguna, Pampanga, Cebu, and Boracay to heighten awareness on the importance of handwashing.

Washing hands is a simple behavior that saves lives. By choosing to make it a habit, you are not only protecting yourself but also your loved ones. Everyone is enjoined to be part of this campaign.

Followwww.facebook.com/ManilaWaterFoundation for the list of programs and activities for this celebration.