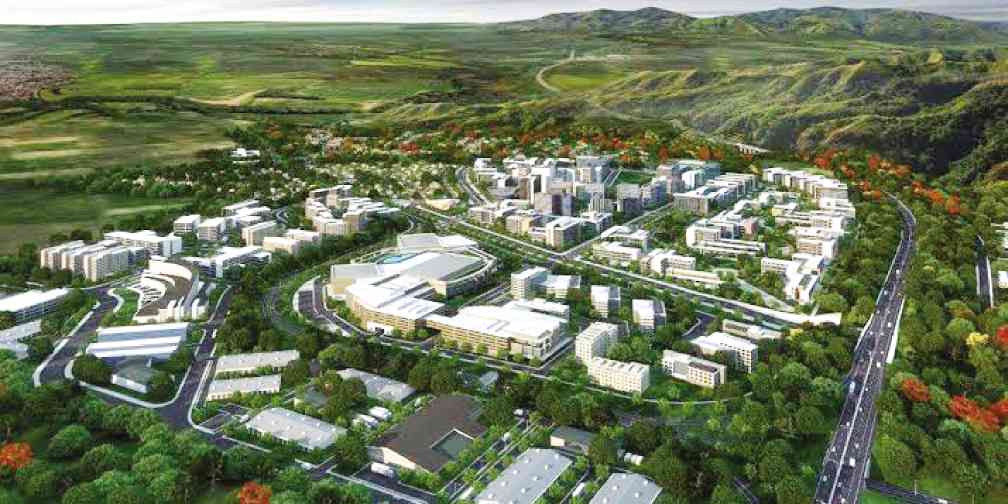 Risen from the ashes

Suddenly, everyone wants to go to Porac. A first-class municipality in Pampanga located some 25 kilometers off San Fernando, Porac was synonymous with lahar back in the 1990s. As a portion of Mt. Pinatubo lies in Porac, the town was one of the most badly hit towns when the volcano erupted in 1991.

But that was last century’s news. Today Porac is flourishing beautifully; it’s even on its way to becoming a tourist destination.

It’s an irony that Mt. Pinatubo, which wreaked much havoc on the town, is now a source of income for Porac. Countless tourists go there, where they can kick off their trek to the volcano’s crater.

There’s also a new outdoor theme park dubbed the SandBox, which is attracting leisure travelers who have never set foot in Porac before. So trendy is this park, its guest list includes celebrities who have used the place as the setting for their TV programs.

SandBox was developed by Ayala Land Inc. (ALI). The park gives the public a glimpse of much bigger things to come.

ALI laid out its huge plans for Porac in a recent briefing and revealed that SandBox is actually just one among the numerous projects situated in an enormous property covering 1,100 hectares.

ALI is turning this vast area into a modern, master-planned, mixed-use township, which it has christened Alviera.

Think of it as ALI’s Nuvali of the north, but bigger and more ambitious. The township will have the mandatory township features such as residential communities, a shopping complex, office buildings, parks, schools, a techno park and an upscale country club.

“Alviera is envisioned to be the growth center of Central Luzon,” said Alviera general manager John Estacio. A joint venture between ALI and Leonio Land (which contributed 30 percent of the land), Alviera’s first phase of development would include laying down the road network and the residential areas to be built by ALI’s residential brands, Ayala Land Premier, Alveo Land and Avida Land.

Establishing a major project in Central Luzon is a new tack for ALI, which has mostly focused its attention on the Southern Tagalog region.

But Meean Dy, ALI vice president and head of strategic land bank management group, explained that the company’s choice of locations has always been dependent on the available infrastructure. “We naturally concentrated on the South because the SLEX made it very accessible,” she said. “But driving to Central Luzon is now virtually stress-free. It’s a smooth drive along the NLEX, the TPLEX, and the SCTEX which you exit at the Porac interchange to get to Alviera just shortly after passing Clark.”

Accessibility is a pivotal feature in choosing locations, asserted Dy. “With Metro Manila getting much too crowded, consumers are looking for other locations to settle in. If they must choose to live outside Metro Manila, the place will have to be a bit easy to get home to. With the highway system in Central Luzon, getting to Porac is virtually trouble-free. And you get to avoid the choke areas in San Fernando and Angeles.”

Dy pointed out that Porac’s location is very strategic and is a short drive from the leisure attractions of Central Luzon. “It’s near Pampanga’s two major cities, San Fernando and Angeles, the attractions at Clark and the airport. It’s also close to Subic and, with the newly opened TPLEX, the drive to Baguio from Alviera would be less than three hours.”

Ultimately, it was the property’s natural terrain and surrounding landscape that convinced ALI to develop it.

The hilly terrain offers a panoramic view of the Zambales mountain range, which many have described as reminiscent of the backdrop for Tolkien’s epics. Estacio said this mountain range, coupled with the project’s landscape, allows Alviera “to offer modern living complemented by a refreshing natural environment.” The name Alviera, he added, is a perfect description of the land: “It’s a combination of ‘vie’ for life and ‘terra’ for land. Alviera will seamlessly blend urban development with nature, which is the main value proposition of the project.”

Central Luzon is likewise about to have a taste of the chic, cosmopolitan lifestyle that comes with most of ALI’s real estate projects.

Dy said one of the residential areas is being designed to be one of the country’s most fashionable addresses. She mentioned Forbes Park in Makati as one if its inspirations.

And there’s the Alviera Country Club, which will have a clubhouse designed by Leandro Locsin Jr.

ALI management promised that the clubhouse would be an architectural showcase.

Affluent families in San Fernando and Angeles would most likely comprise the bulk of Alviera’s market.

“But we’re also catering to the Metro Manila market, Dy said, “especially those accustomed to living with the city’s creature comforts. They still want this but in a place that is closer to nature, with less pollution and less traffic, and with a view of the beautiful natural landscape. And people in La Union are also interested in Alviera because, so far, there hasn’t been anything like this being developed in that province.”

Estacio said the first phase of Alviera is expected to be completed in two to five years. This phase includes the residential community and the Alviera Country Club.

When Alviera is fully completed, it would have some 62,000 people residing in the place, Estacio said.

For now, Dy said that ALI is betting on Alviera as a new region which it believes “has the potential to drive national progress.”

The gamble will probably pay off. After all, it’s the same group that hedged its bets on a swamp called Makati.