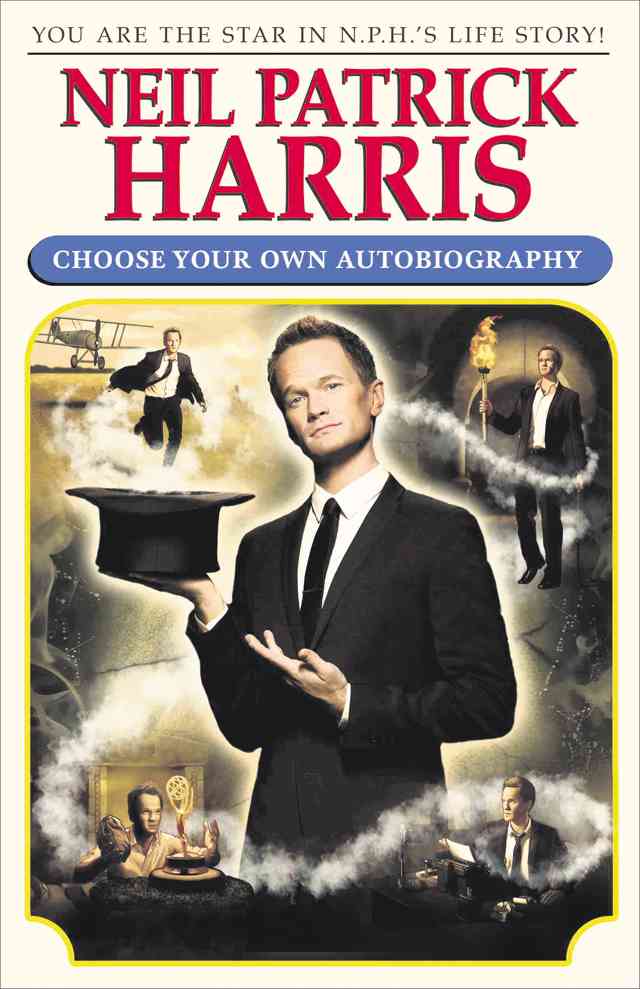 GET READY for a ride withNeil Patrick Harris

Our adventure as Neil Patrick Harris

Only kids of a certain age will appreciate the style in which actor Neil Patrick Harris chose to present his autobiography.

Harris pays homage to the “Choose Your Own Adventure” series (books that let readers experience the story based on their own decisions) by creating an autobiography, where you will step into the shoes of Harris and live his life according to decisions laid out for you at the end of each chapter.

Just like a “Choose Your Own Adventure” tome, Harris’ autobiography is one that requires several readings. During our first reading, we, as Neil Patrick Harris, lived a happy childhood, reread a speech about optimism, realized (early on) that we were gay, became famous as Doogie Howser, dealt with child star fame, met fellow actor Scott Caan at the entrance of a club, mouthed off at Caan and got beaten to a bloody pulp. The End.

In our second reading, our choices led us to future husband David Burtka (with annotations from him, too!), a crazy stint in a play opposite a crazier Anne Heche, a tumultuous “forced” outing by Perez Hilton, a cameo by Barney Stinson, the struggles—and joy—of having kids by surrogacy, a trip to Disneyland that had us in tears (both as Neil and as readers), and finally, a well-deserved happy ending.

Our third reading had us growing up in a coal mine, destitute and mistreated by evil parents; in our fourth, we ended up as a non-famous man, slathering mayo on sandwiches for a living.

We’ve yet to come across his stint as lothario Barney Stinson and as his evil self in the “Harold and Kumar” movie franchise, and we can’t wait. Harris’ life story is interesting on its own; add to the fact his natural gift for puns and theatrical flair and you’ve got one of the best books you’ll ever read. Just make sure you have a bookmark (or two) so you can jump back and forth easily in Harris’ adventure-filled autobiography.

Whether you know him as Doogie, as Barney, as Dr. Horrible, as Hedwig on Broadway, or as poor Desi Collings, you won’t want to miss this. Don’t forget to try out the magic game at the back of the book jacket.

Neil Patrick Harris “Choose Your Own Autobiography” is available both in hardcover and eBook format at National Book Store. Order online at www.nationalbookstore.com.ph and follow them on Twitter and Instagram for updates: @nbsalert.