The best version of himself | Inquirer Lifestyle ❮ ❯ 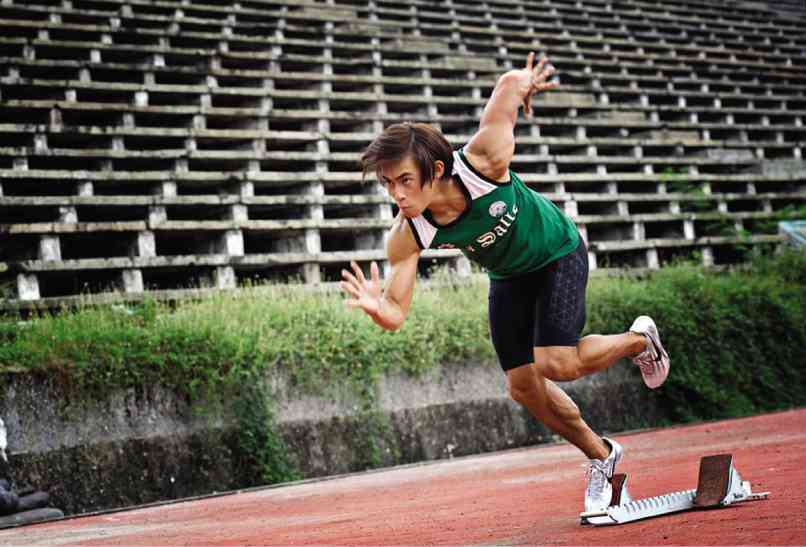 JERICO in his element FERDIE SINGH

The best version of himself

From the classroom to the oval track and the limelight, Jerico Estregan wants to transcend his limitations.

In his childhood, he used to swing baseball bats and jive to hip-hop beats. But after seeing his brother, a track-and-field athlete, on the oval, he went on to running races.

Jerico’s muscular physique is a testament to his disciplined athletic life. He is a Political Science graduate of De La Salle University, and is working for a master’s degree in Communication and Applied Mass Media.

His parents were athletes. “Being an athlete is something innate in us. It’s something permanent, and there’s no end to it,” Jerico says proudly.

Other athletes will say that studies come first before sports. But for Jerico, sports is the top priority: “Years from now, I can’t go back to this level anymore,  that’s why I put it above academics.”

He has two playing years left in the University Athletic Association of the Philippines (UAAP) and is determined to make the most of it.

While speed and endurance determine victory for a sprinter like him, he points out that a bad injury can also end his athletic career overnight.

But it’s not the fear of suffering an injury that can affect his performance. “Anything that causes lack of motivation can slow me down… It’s important to be motivated and disciplined every day,” he says.

Track and field has strengthened not only his body but likewise his sense of independence. “It’s an individual sport, so it’s always myself that I have to beat every day. I don’t think of competitors that much, because I have to rely on myself and not on other people,” he explains.

Jerico also comes from a clan of actors. His father, George Marcelo Estregan, has appeared in more than 10 films, while his grandfather, the late George Estregan, was a popular, multiawarded actor in his prime.

“Acting is in our bloodline,” says Jerico, “a gift for making people happy.”

He himself is a budding actor, having played the role of young Asiong in the 2011 film “Manila Kingpin: The Asiong Salonga Story.” He was also the young Emilio Aguinaldo in the 2012 film “El Presidente.”

Jerico is now involved in independent films, which he describes to be “more challenging” compared to mainstream movies.

He says he has developed such a high level of discipline that he always strives for self-improvement: “Every single day I tell myself that I should reach my goals… My goal is to become a better version of myself.”

As projects and opportunities fall on his lap, Jerico pauses before saying, “I want to succeed. This is what I want.”