The excitement of playing music on the beach | Lifestyle.INQ ❮ ❯ 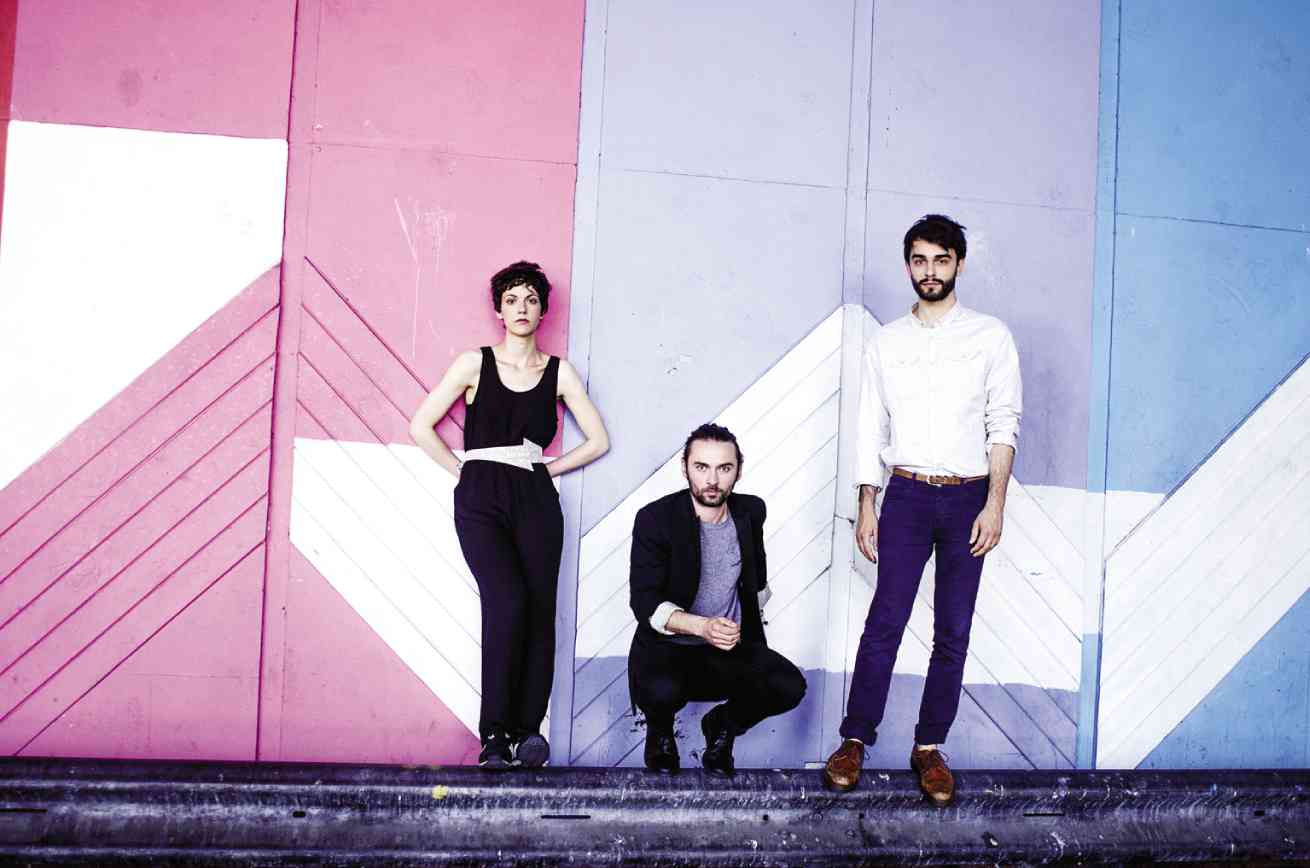 The excitement of playing music on the beach

It seems impossible to find something to not like about the band We Were Evergreen.

The group’s name itself connotes pleasant, refreshing images, and such qualities indeed resonate in its music.

A few months ago, the French but now London-based trio released “Towards,” its debut full-length album. It mixes strings and percussion with disco beats and a textured sound, marrying electro-pop arrangements with the band’s earlier indie-folk sensibilities and flavorful songwriting.

An acoustic gig four years ago in London led to more opportunities to play in the British capital, and finding a new home in the city became the sensible option.

After performing in its first UK music festival, the band’s members quit their day jobs to become full-time musicians.

Listening to We Were Evergreen’s earlier recordings reveals its folk roots. The shift in musical approach is palpable, understandably part of the members’ growth.

“We wanted a bolder, more textured sound. Perhaps moving to the UK and working with Charlie Andrew (also the producer of British band alt-J) gave us the perspective needed for our music. But although we had been playing with electronics for a few years now, the album is quite organic—cold keyboards are layered over warm ‘live’ percussion,” said Liot.

We Were Evergreen is a trio of diverse personalities, and being different from one another works to their advantage.

“We balance ourselves out—each one pushes the others forward in their own ways,” Liot pointed out.

Their dynamics is evident in their songwriting process, which begins with Liot creating the basic structure and the lyrics of the songs, and finding a more definitive form with Serfass and Débarre’s ideas.

For them, songwriting is both an artistic and technical process, as much as it is personal and intellectual.

“It’s the art of hiding technicalities,” said Liot. “It’s hard for us to be satisfied about anything—we always push ourselves further in terms of arrangements, harmonies and structures, which is a great incentive, but then we also have to control ourselves and put energy and emotion forward.”

We Were Evergreen has been touring the UK and other parts of Europe to promote its album. The band will be playing at the upcoming Clockenflap Music and Arts Festival in Hong Kong at the end of the month, and will also make time to be part of the 2014 Sun Surf Strum Festival (SSSF) mounted by Ukulele Manila in Liw-Liwa, Zambales.

Now on its third edition, SSSF is a two-day event made even more special this year with performances by We Were Evergreen and Filipino bands The Ransom Collective and Ourselves the Elves.

Surf and skate competitions, jamming sessions, ukulele lessons, outdoor activities and games will also be part of this weekend celebration that will be held from Dec. 6 to 7 at The Circle Hostel in Liw-Liwa, San Felipe, Zambales.

SSSF 2014 should be the perfect venue to enjoy We Were Evergreen’s music. The bands’ members are excited about the idea of playing to a beach-loving audience.

We Were Evergreen played a few songs at Heima Brixton in Pasig last Dec. 2 as part of “Oh We Happy Few,” an intimate show that also featured Slow Hello, Renee Dominique and DJ sets by Liquid Software and Romanolito.