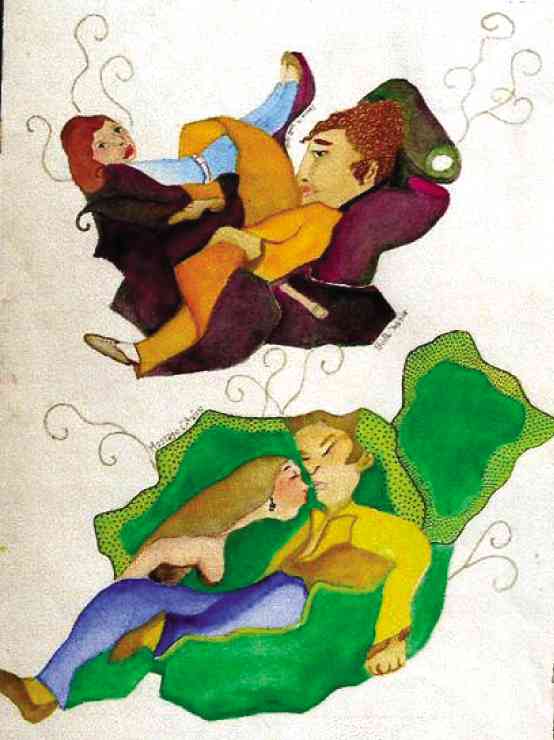 I have been watching Classica, the precious SkyCable channel 192, which shows opera (I am more interested in the staging and the costumes than the German, Italian or French singing, which is beyond me); dance in all forms, from “Swan Lake” to modern and freestyle; and concerts, sometimes held in grand outdoor settings.

There used to be only one radio station, DZFE, devoted solely to classical music. My father was glued to it from morning till night. It reminded me of how much more familiar classical music was to children then than it is today.

You could hear them singing spoofs of “La Donna e Mobile” (“hopiang di mabili, may amag sa tabi”). Or the famous bullfighter song “Toreador,” from the opera “Carmen” (“Toreador don’t spit upon the floor, there’s the cuspidor, that’s what it’s for”). And of course the William Tell Overture (“Ayan na, ayan na si Lone Ranger…”). Popular classics were the background of imported cartoons, especially of the chase scenes. Now it is—Japanese animé? 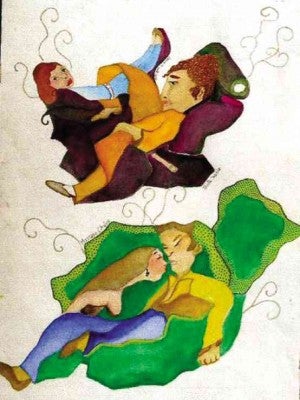 A few days ago I was lucky to have caught the two video versions of Georges Bizet’s “Carmen,” featuring the untamable gypsy girl and incomparable flirt. She passes by a handsome army officer, takes the rose tucked between her boobs and throws it at the guy to seduce him. The officer is, of course, seduced. He becomes her lover, and a very jealous one.

When the victorious bullfighter, Don Escamillo, appears in the square with his entourage, Carmen is smitten by the toreador, and vice-versa. He becomes the new lover. It all ends up tragic, of course, with the heroine stabbed dead.

The Carmen version I loved, though, is rendered by an all-flamenco-dancing cast. The actual chorus sits on a long bench singing all the beloved songs. The dancers are stupendous, with their leering bodies and their imperious stomping.

The other Carmen does not dance. She sings—and how! She is a mezzo soprano, a gorgeous mulatto named Grace Bumbry, considered one of the best Carmens. The orchestra conductor, and also the opera director, is Herbert von Karajan who has long been dead. The production was recorded in 1965.

Assuming that Bumbry was 20 years old then, she must be in her 70s, an old woman, by now. The Classica channel does not say when something was actually performed, only when the video was recorded. But art keeps. Everyone in it is as alive as ever.

Passing off Quezon Avenue, across the Ninoy monument, I happen upon a big poster plastered on top of Cowboy Grille. The Aegis singers are performing there for one night! Cowboy Grille is an ancient beerhouse with a stage that seems to have been there since forever. The waitresses still wear cowboy hats, shorts, boots and plaid shirts knotted above their bare midriffs. I inveigle my grandson Franco to escort me there.

The crowd is not all male as I was expecting. It is now composed not only of beer-bellied guys and their girlfriends, but also of housewives, disco-dancing teenagers and lolas as well.

The Aegis singers have been all over Asia, and have honed their routine to a T. This time only Juliet Sunot sings. The rest of the glamour girls are strictly chu-chu-wa. Juliet sends the crowd into hysterics with her wisecracks and the duets she sings with chosen wannabe belters in the audience.

Every time someone requests a song, it is accompanied by a 50- or 100-peso bill. Juliet pats her pockets, smiling smugly, but announces that the tips the group gets are actually channeled to sacks of rice they donate to an orphanage.

I have a special place in my heart for the Aegis because when they were teenagers, we used them for a show at The Fort. Now they are in their 30s and maybe 40s.

They were not originally called the Aegis, but A G’s Sound Trippers. A G stood for Abenoja-Galindo, their manager’s company name. The group was then composed of Juliet and Mercy Sunot, and Ken Sunot, vocals; Stella Galindo, keyboard; Rey Abenoja, lead guitar; Rowena Pinpin, bass guitar; Vilma Goloviogo, drums. When they were discovered by Alpha Records, their name was changed to Aegis.

I doubt whether they knew what aegis meant then—the shield that was the most powerful weapon of the Greek gods. It carried Medusa’s head of live serpents that could turn whoever gazed at it into stone. Later, the Aegis singers took their shibboleth to heart and hoped that their singing “makes lovers feel shielded or protected from loneliness and heartbreak.”

The lead voices are stunning. Juliet and Mercy are the original birit queens. Their voices are always on maximum volume, and they sound like they are singing on top of the boondocks. Anyone who sings their songs is bound to be tame in comparison. The Aegis began singing in 1995 and are still in full swing today. Here is one of their most popular songs.

The more I listen to songs for the masa, the more I feel that it is when we try so hard to sing songs in English that we are being truly baduy. The Filipino heart is not inglis ispoken.